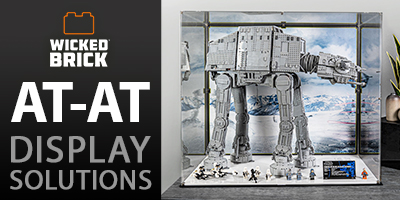 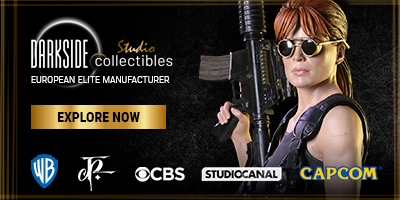 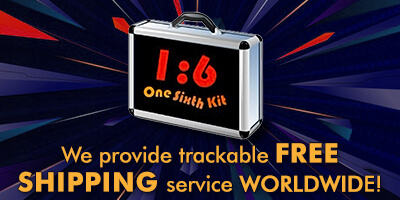 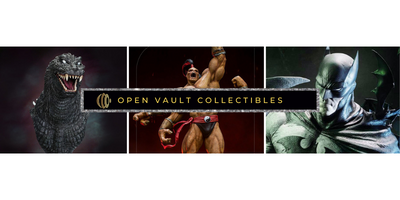 Only four pics so far... but they're four very good pics!-

"I guess you either die a hero or you live long enough to see yourself become the villain."
He likes tossing coin to decide a person's live or dead!

This item will be imported into the US and Europe regions by DC DIRECT.
Please stay tuned on www.dccomics.com/dcdirect/ for official announcement in mid-end OCT 2008.

Location
Land of Hope and Glory

Nice pics, we have been waiting for official, clear pics. As of right now, it is fine. If they were to update/modify it to be more screen accurate, it would be very minor things. But I'm not picky and I'll take it just like that. Now more pics

Interesting that the damaged part of the face is by a US artist, but no name yet, I wonder if the anonymity means it might have been someone involved in the movie, HT closer links to DCD now, might make that possible? 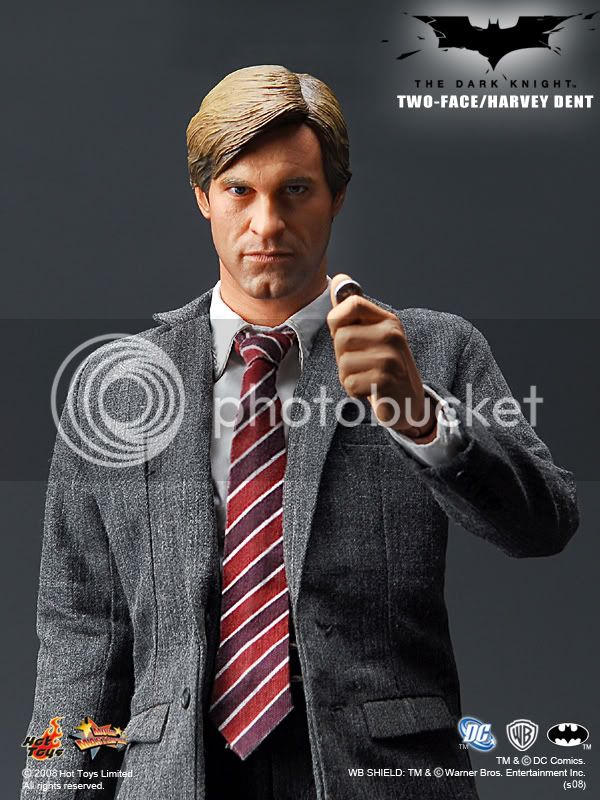 Damn! check out the shoes, so shiny! looks like they really shrunk him.

This is too painful, TDK suit pre-order, BRJ pre-order, Iron-Man MK3 pre-order, Tumbler and Bat-pod pre-order and now this finally shows up.

I hope this is the last one they release...?

After looking at these high res pics I am sold! I will be getting this over an Iron Man figure.

He turned out amazing!

Thanks as always Wookster for bringing home the goods!

That two face sculpt is phenominal!

As far as the Harvey Dent set up: Perfect. That sculpt is fantastic!
As far as the Two-Face set up: With the Hi-Res pics the actual paint job is cool. There's enough red in there for me. Also the exposed inner mouth detail is crazy.. sculpt and paint. There's still an issue with the abrupt transfer between normal skin to burned skin: Some type of transition is needed there. Slight scarring/bubbling skin/etc. Also the hair line is weird (far too perfect of a part) but honestly I don't care about either of those things personally. I'd buy it as is if I were a fan of Two-Face/Harvey Dent. The only really disappointing thing imo is the gun: it looks REALLY cheap as hell.

The destroyed part probably goes with the jacket only and not the shoes, tie,..etc

darren1228 said:
The destroyed part probably goes with the jacket only and not the shoes, tie,..etc

I hope he doesn't come out till around late January, I have a lot of stuff to pay for between now and then.

I love it. This looks incredible.

Awesome!
HT have done it again.

I am getting this for sure. Looks fantastic and whatever skin tech they are using works really great. Looks so real.

Damn, very nice. Now who's next?

Gordon is a given.