Just went up. Looks alright, better than their Homelander at least. Hands looks kinda crap though. 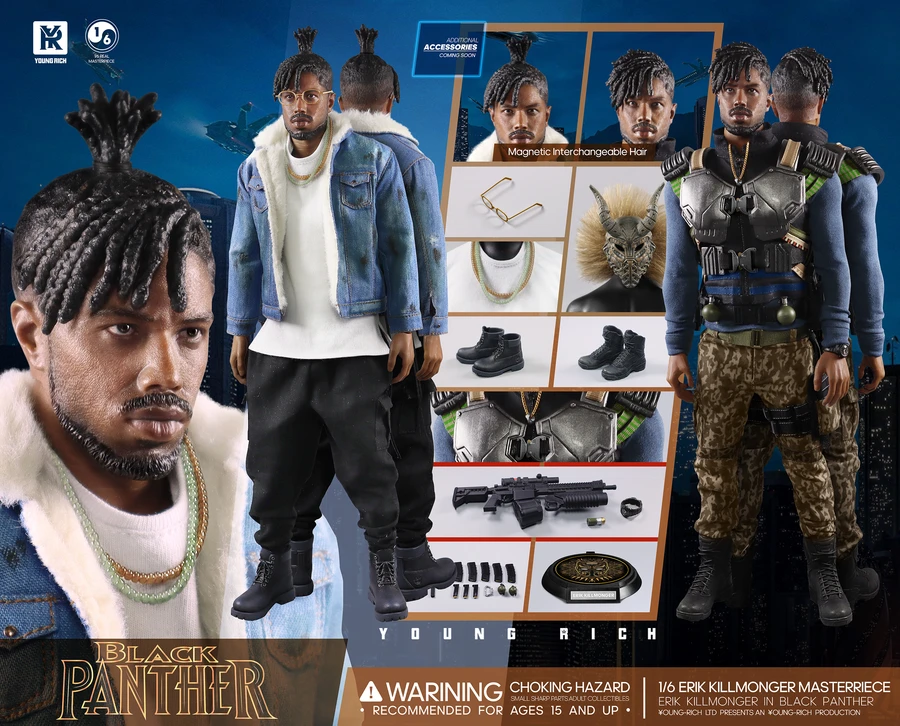 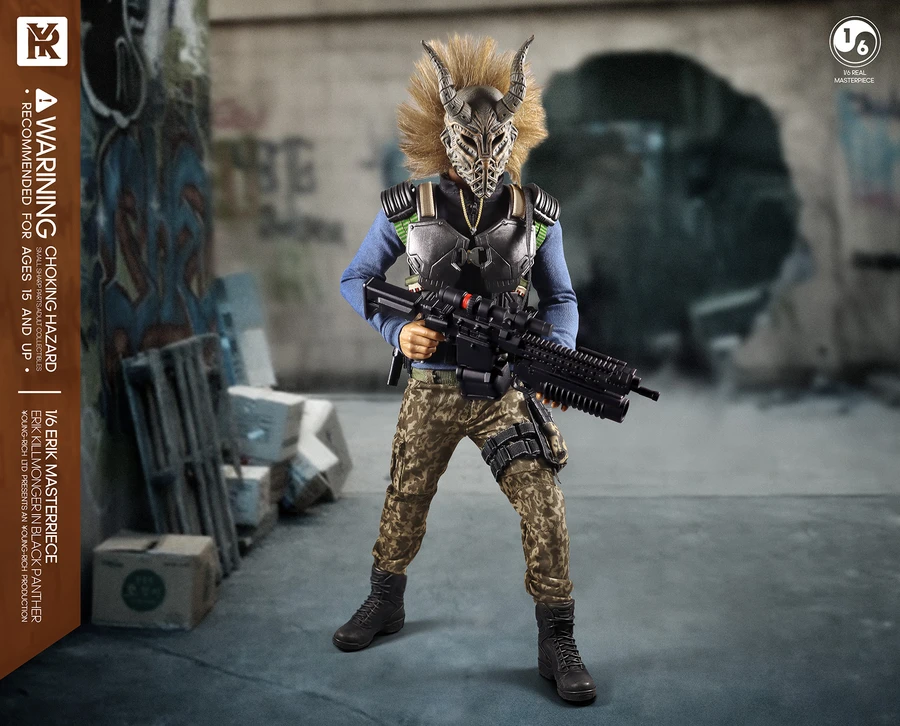 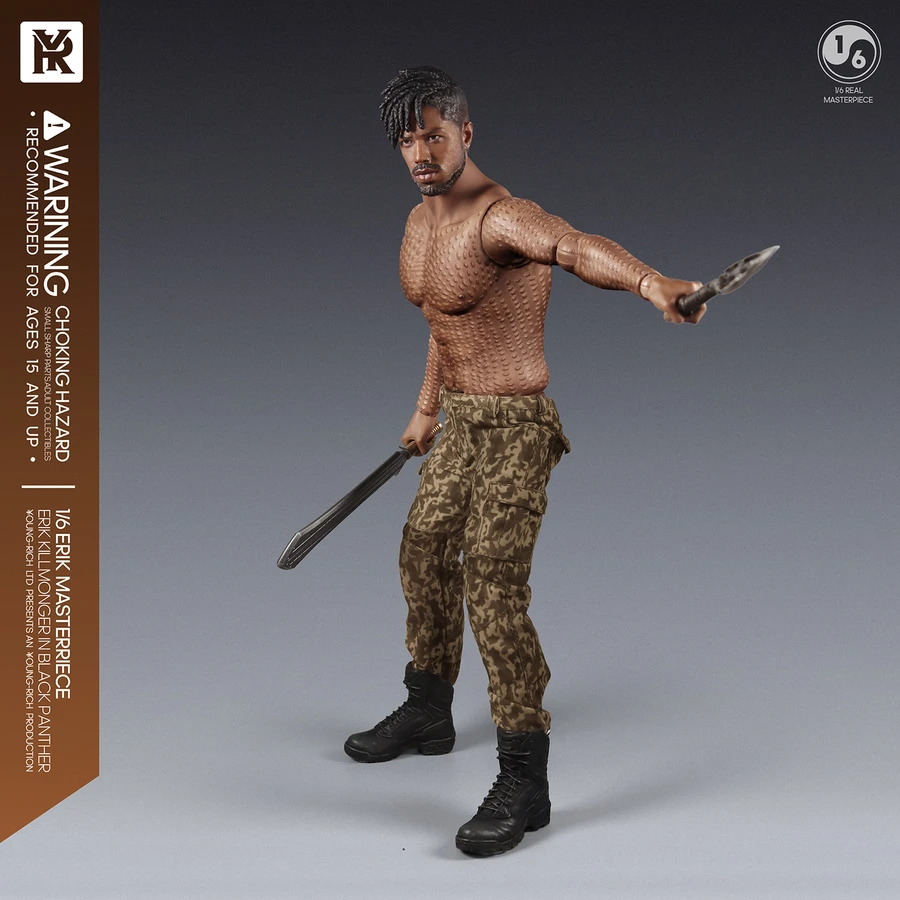 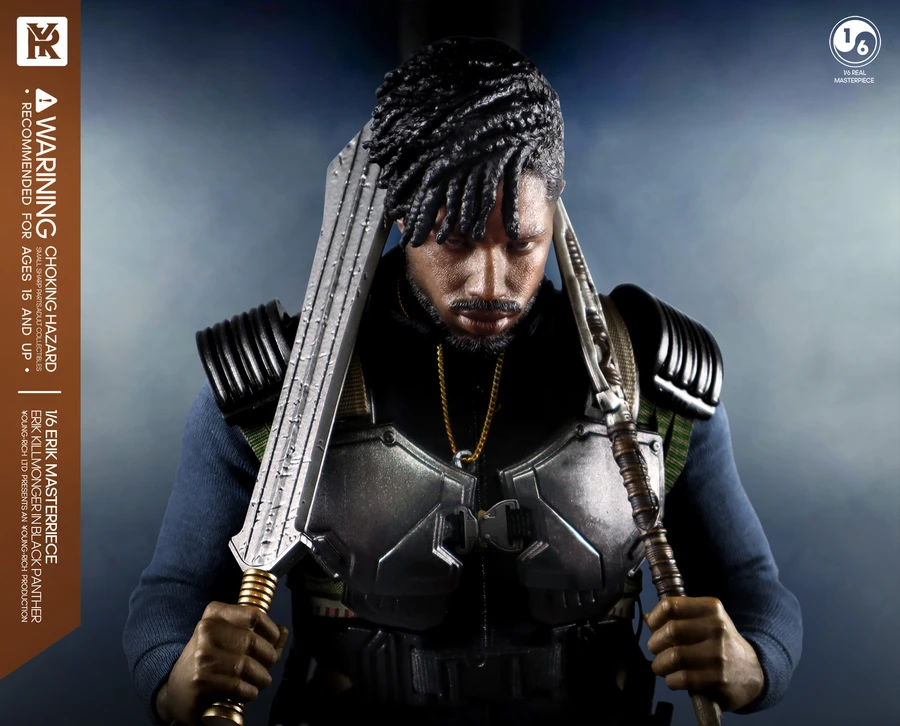 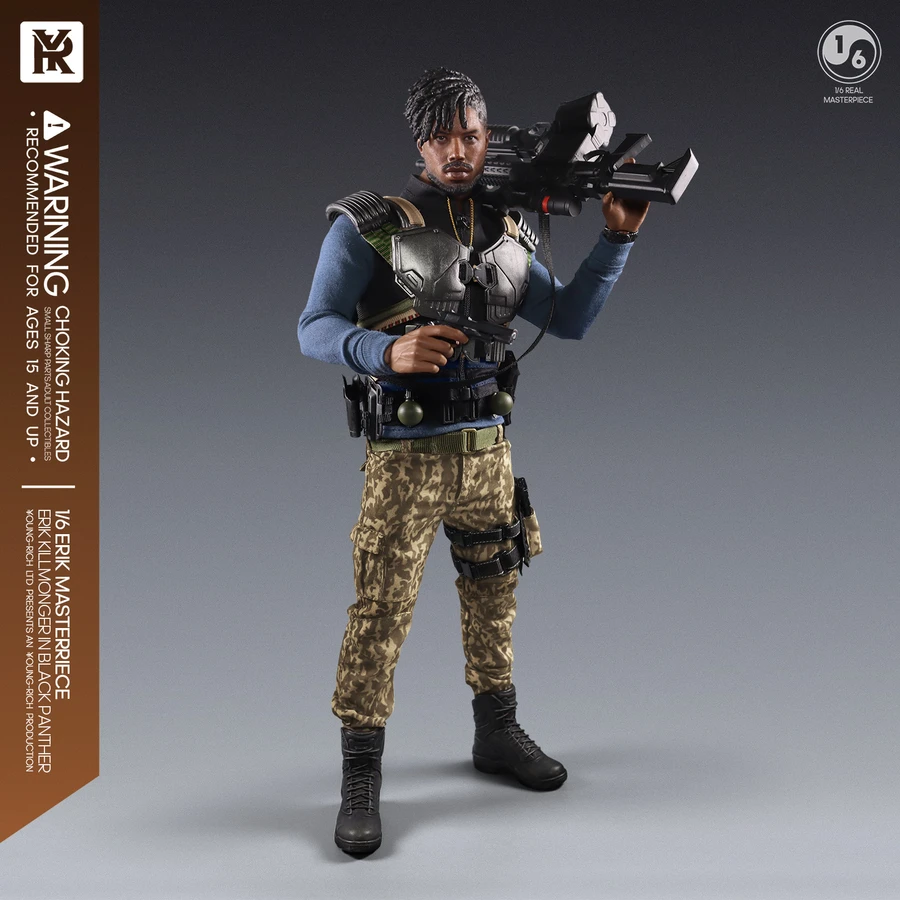 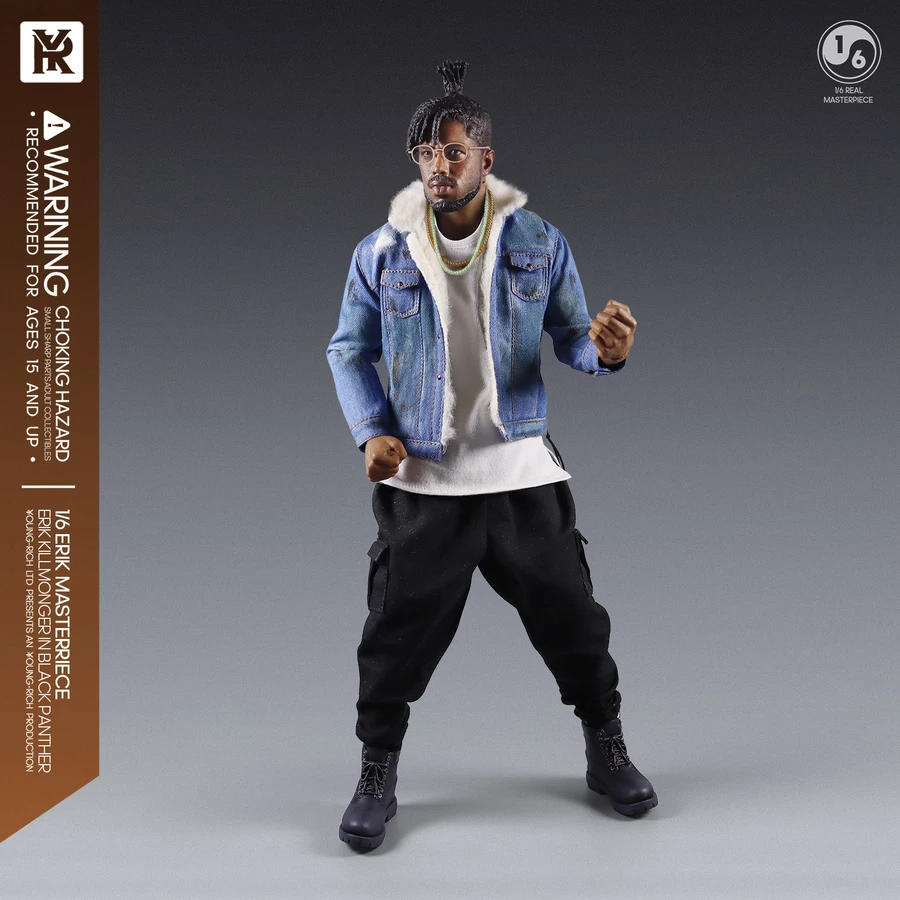 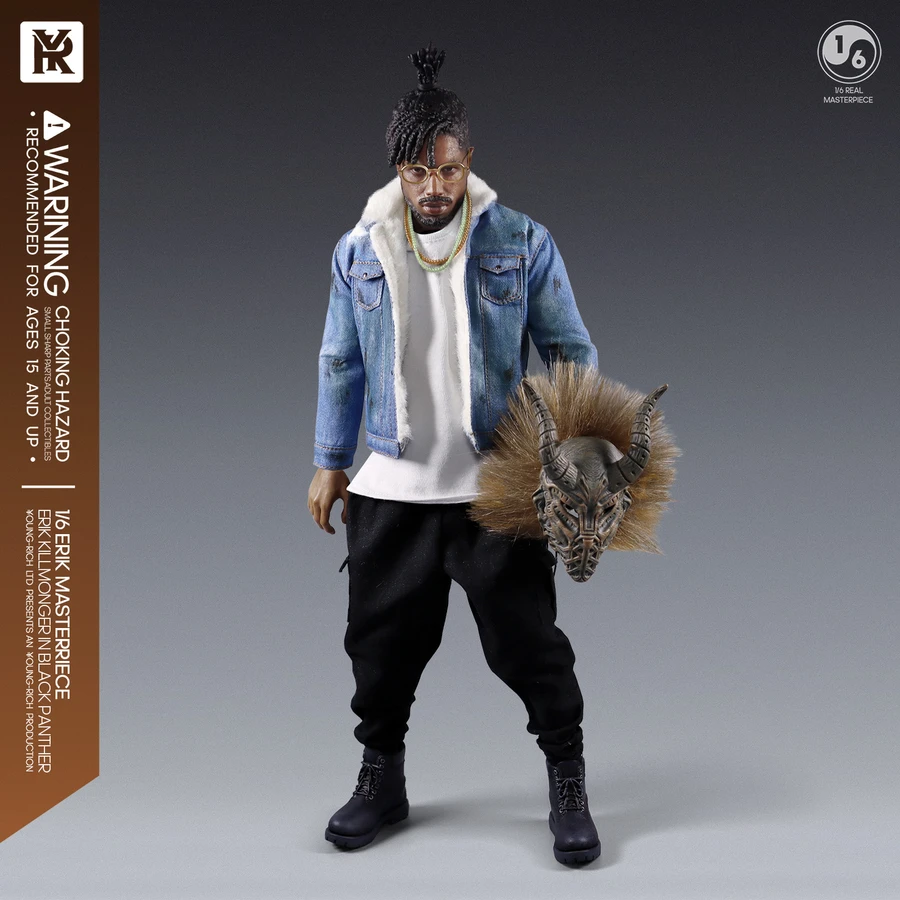 Looks amazing. Why in God's name couldn't HT do this?

Johnny Utah said:
Looks amazing. Why in God's name couldn't HT do this?
Click to expand...

It does look good. So now we have to decide between this and the Daftoys Leopard Agent? This would seem to have the edge given the body & all the accessories/clothing options.
T

Does look really good, I think the dafttoys tactical outfit might be a little better. Though, it is great to finally have options for a tactical kiilmonger! Also I notice they put on their images his actual name and black panther?? Guess hot toys doesn't own the rights to the movie anymore?

His body seems pretty long compared to his legs...

Every single body that they have used for their figures, have been weird and bad in terms of proportions. I'm not sure what people see in the figures they make to be honest. They don't look good to me at all.

This Killmonger figure looks better but you still see the same problem. It just looks so stumpy and like a 1/12 scale figure. zalesk37 said:
Also I notice they put on their images his actual name and black panther??
Click to expand...

That jumped right out at me as odd.

As for the figure, I'll wait to see what the Daftoys one looks like. This one looks decent, though after spending all this time looking at the Maxnut HS, this one looks really average. And agree, the body does look like it's weirdly proportioned. Still, lots of stuff there to use for a kitbash.

Hologram AI said:
Every single body that they have used for their figures, have been weird and bad in terms of proportions. I'm not sure what people see in the figures they make to be honest. They don't look good to me at all.
Click to expand...

I imagine with something like this you are buying the sculpt and clothing, with the intention of bashing something better

The torso definitely looks too long (or conversely, the legs too short). A couple of leg extenders may be all that's needed to fix that. Still, as I already have the Maxnut sculpt to use with this look, I'll shop & compare this to the Daftoys version and order the best looking one. 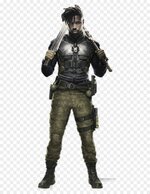 Location
Land of the 3 Suns

This has so much potential but everything looks odd. Straps on the vest are oversized and thick, and even the rifle looks clunky.

I think I see it too!

Wow so cool for them to include the museum heist outfit! The underlying body with the scars is also great.

I wonder how much of this has to do with bad posing, and maybe it's not as out of proportion as it looks. Like look at the shirtless picture...why would you pose that with the waist of the pants under the waist of the figure? It looks terrible, and makes the whole upper body look odd.

Looks really cheap (like an early 2000s Dragon figure) apart from the mask, but impressive that they are doing a fully sculpted body like that.

Thanks for the link Buffinator!

This is out now. Here's the only video I've seen of it so far. It's just a quick unboxing without any commentary, but it gives a halfway decent look at him. I imagine a few reviews will pop up in the next week. It will be interesting to compare this to the Daftoys version - if that ever gets released.

Oh wow I'd forgotten about this one!

Got my YR Killmonger in today. I have to say, when I preordered this, I was expecting maybe a foundation I could work with for a custom, but the solicit pics looked rough and I figured I was in for a lot of work.

I was blown away to open the box this morning and find a figure that, by and large, looked pretty damned good. The shoulders were fixed, the body is better (and super heavy/solid), the pants are better, the sculpt looks great... Overall much closer to where I'd want it than I was anticipating.

I did repaint the chest/back armor with a metallic, and did some weathering. Fortunately, the armor is a separate piece held on by velcro, so it was super easy to pop off and repaint, without having to take the whole vest off.

Futzing took a while- it's not as bad as the Crossbones figure we got, but there are a good amount of pieces.

Anyway, wanted to post a pic for anyone who was on the fence (understandably) about the figure based on the solicit/preorder pics.