So, I am up to episode 4 of The Sandman and I am enjoying it greatly - obviously it falls short of the source material, but what adaptation doesn't?
I think Tom Sturridge is really conveying the gravitas and power of Dream well, showing his less-likeable qualities without making him unsympathetic. He looks a little too human, but that was always going to be the case in any adaptation I feel.
David Thewlis is so unnerving as John Dee, I was on tenderhooks the whole car ride with Rosemary.
I also really liked Gwendoline Christie as Lucifer.

So basically I've made this thread to discuss figures of the series, whether anyone is interested in them, which characters would they want, what would those figures come with, who would make them etc.

I have to say that so far I would be very happy to have a 1/6 figure of Dream/Morpheus in his robe with a Tom Sturridge head sculpt, his helm, sand, ruby and other vestments (and of course his raven).
Maybe you could even have the sand forming shapes, swirls and vortexes, like the green smoke with the Hot Toys Mysterio figure.
If the base was the binding circle that could be very cool.
Looking at the pics below it seems like he actually has more than one "robe" look - one set of larger, looser, billowing and velvet like robes and the set of robes that come with the leather like vest - which I think is what he wore for his duel/Oldest Game with Lucifer. Not sure which look I prefer - any thoughts? 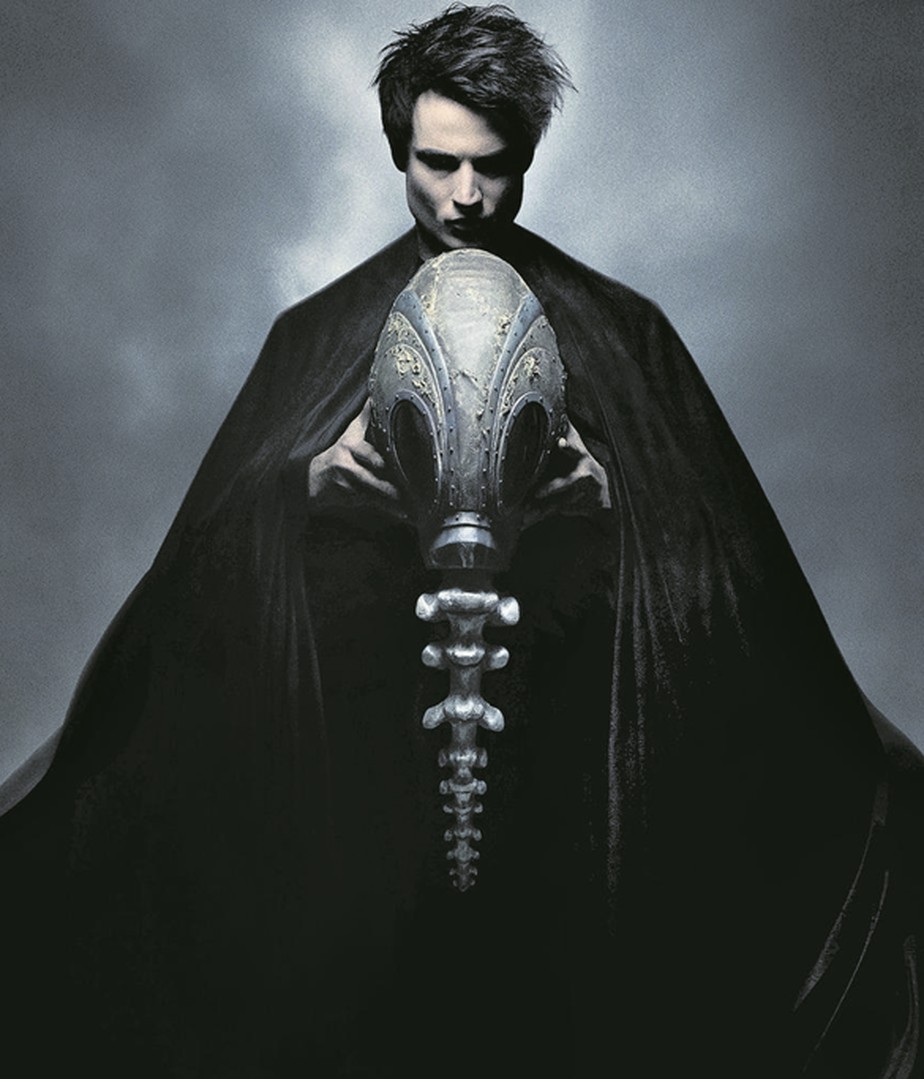 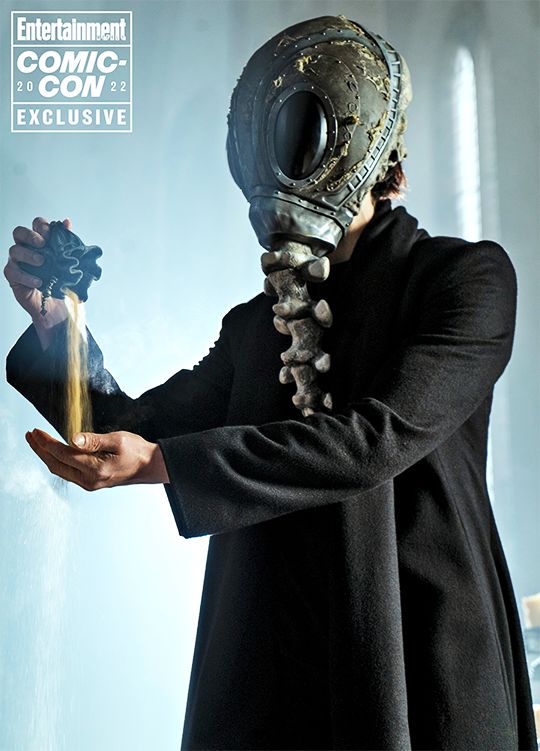 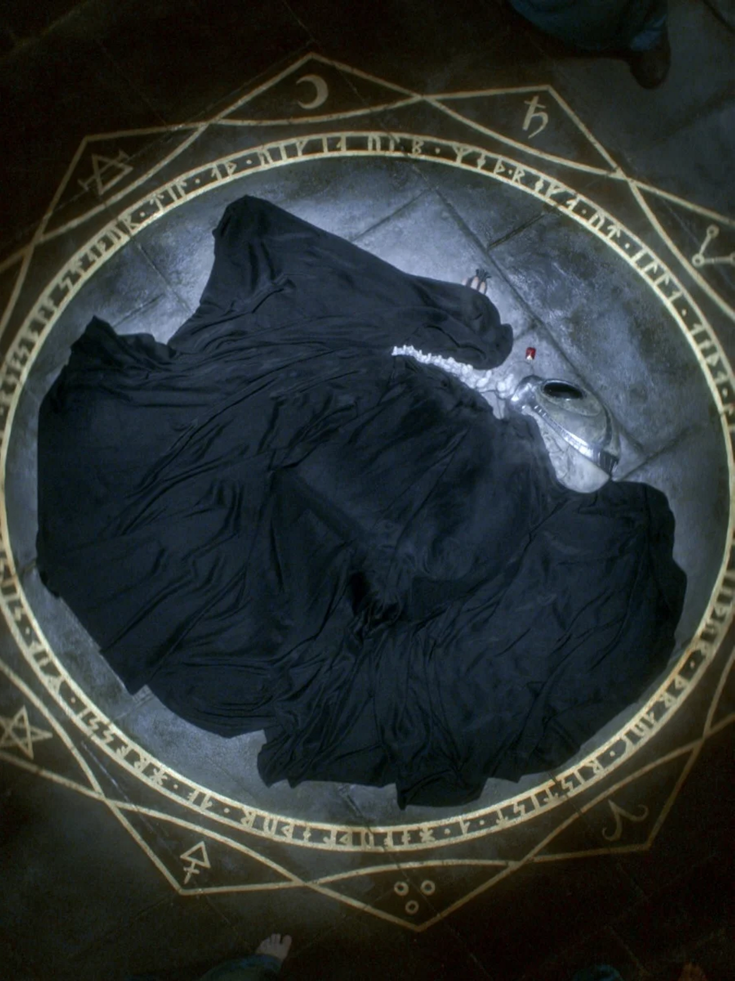 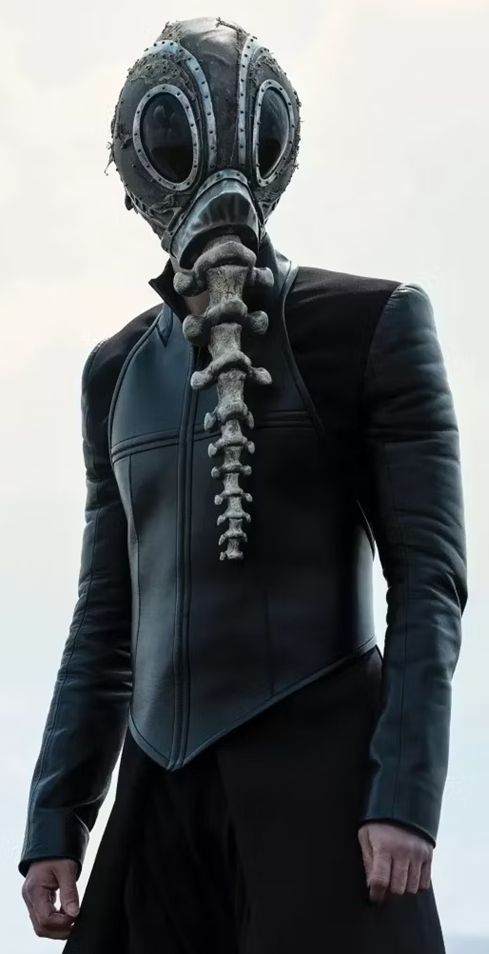 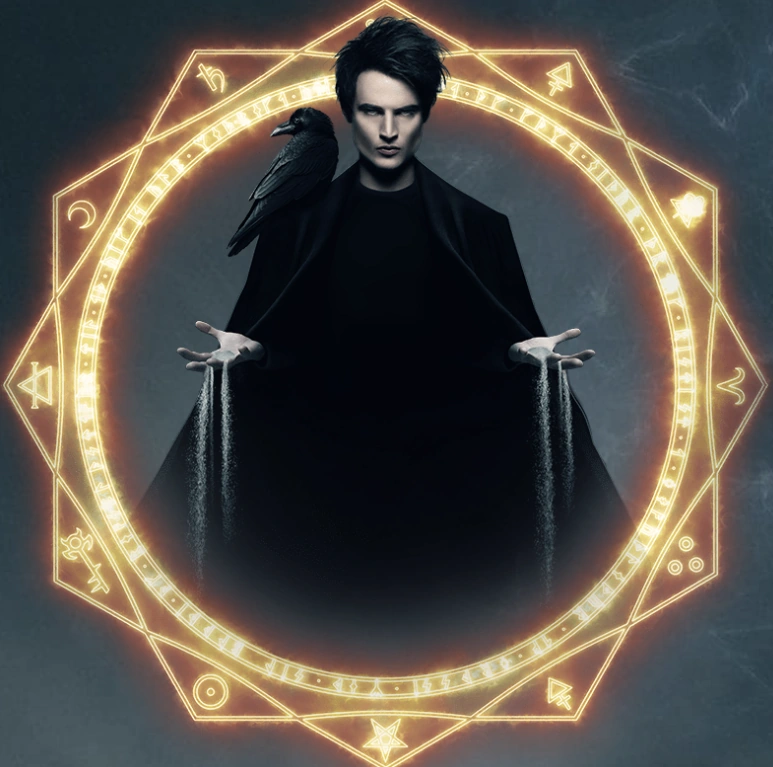 I would also love a 1/6 Lucifer Morningstar, especially in their white gown look, I prefered that look a little more to their "Oldest Game" black clothed look and I think it would make a better contrast in figures when paired with Morpheus' black ensemble - I would also hope they could capture the height difference between the actors in 1/6 form, I love how Gwendoline seemed to tower over Tom, really seemed to demonstrate the power difference between them. 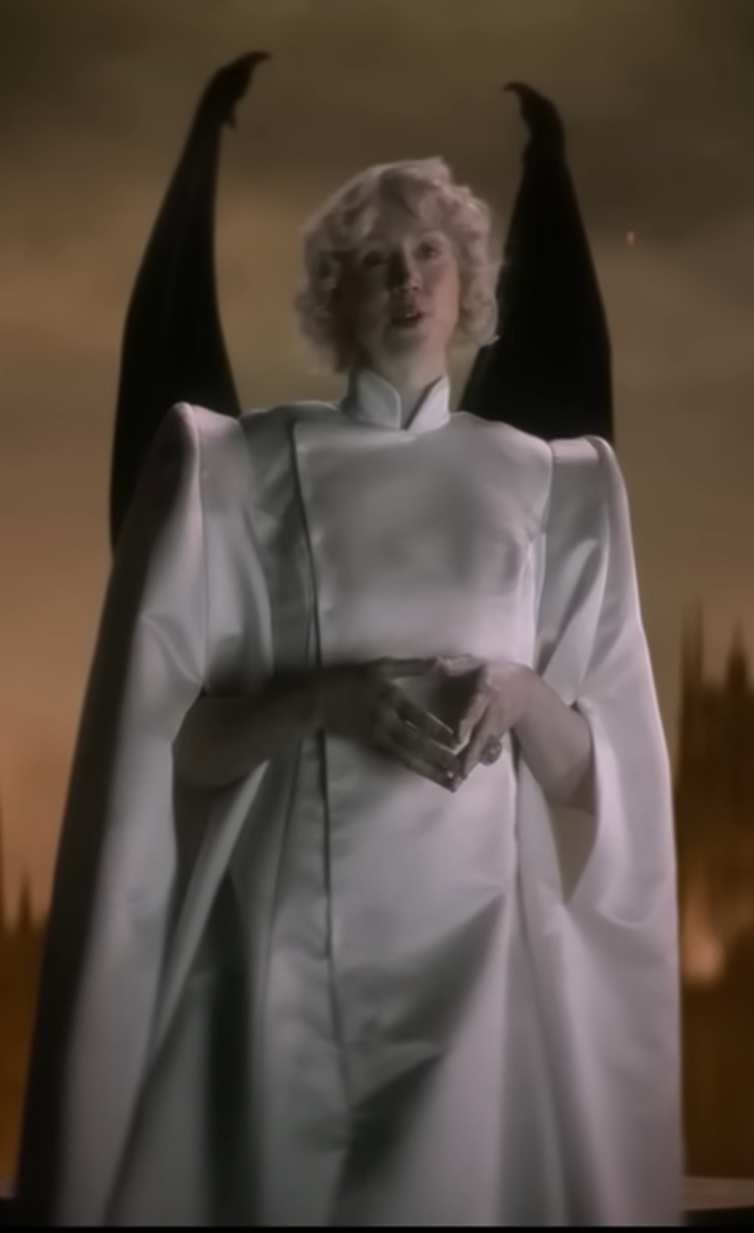 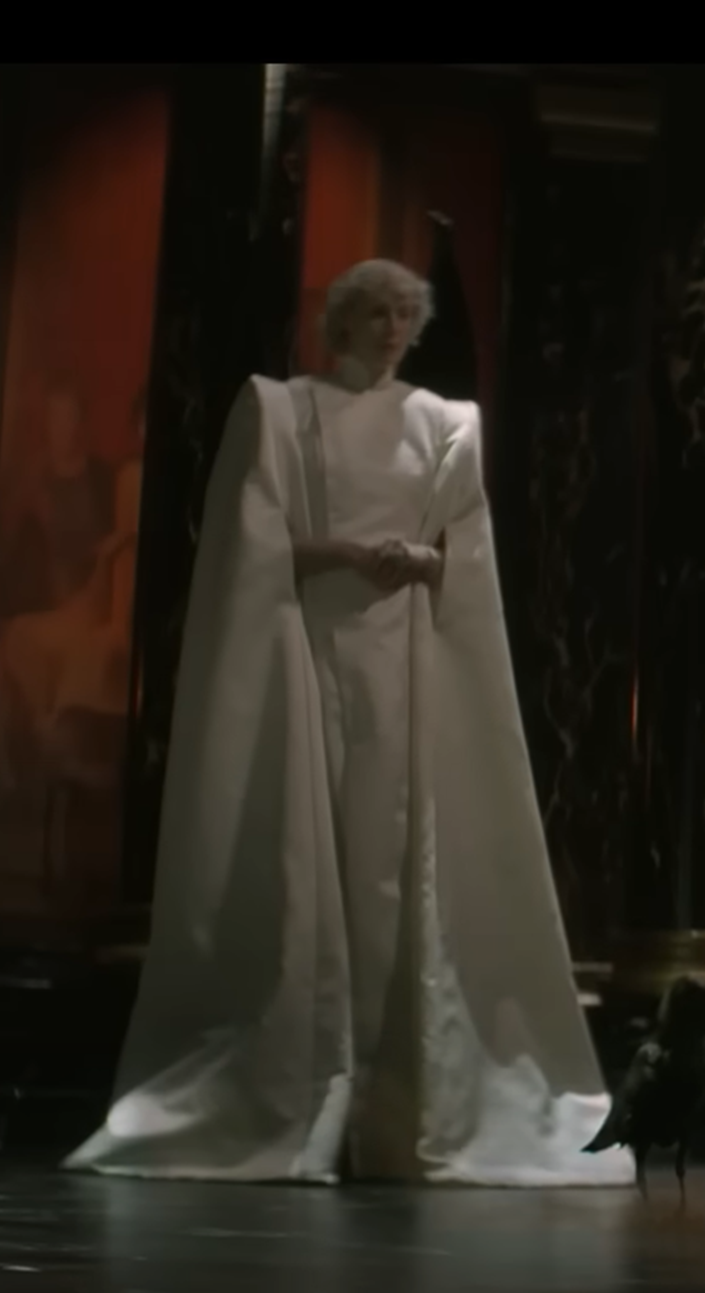 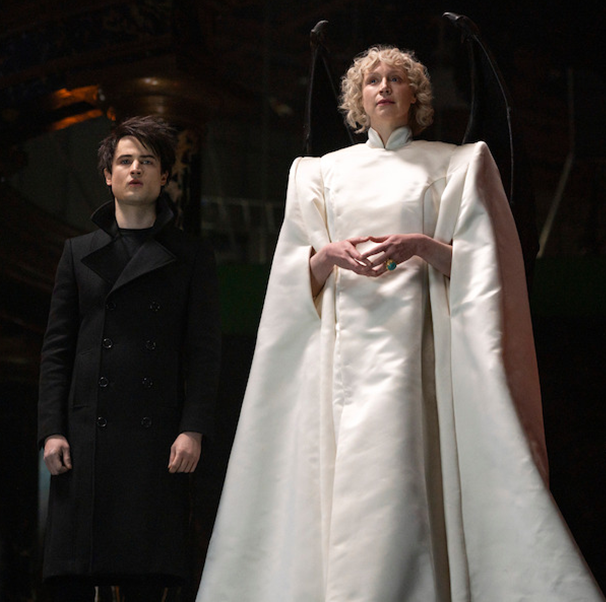 I need to see a bot more of Boyd Holbrook's performance to be sure, but I like the casting of the Corinthian so far, plus the characters unique design could well lend itself to an interesting 1/6 figure. 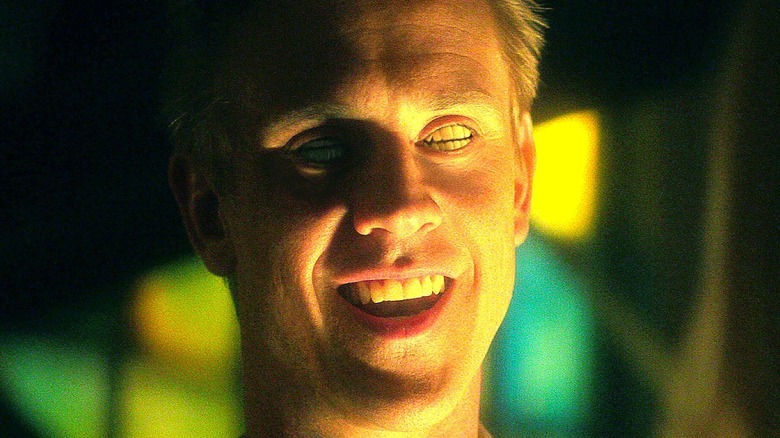 What do you all think?
Use spoilers if you think you have to - I don't mind, I'll probably finish the season tomorrow and I read the graphic novels years ago.
Last edited: Aug 13, 2022

Dream and Corinthian would be cool.

Completionism Is The Collection Killer

They're not going to make anything, let's be real. But I'd buy a Dream, just to cross him off my list. Preferably the leather look, it's more visually distinct than some generic black coat. Add the helmet and the such, and he'd be a nice figure. If they made a Lucifer and brushed off Christie's terrible jowls, I'd buy that version too as an extra look, then stick a more proper Lucifer in the front. I'd prefer the black gown instead of the white/red ones. I'm still holding out hope someone will make a Thin White Duke Bowie at some point, and if HT makes Jude Law's Star Wars character, all I'll have to do is stick his head on top of a tux and my Vertigo Lucifer is ready. I'd take a Tom Ellis Lucifer too, but it'll never happen, same with Matt Ryan Con Job.

Honestly, the best chance of us getting anything Vertigo related is if InArt goes back through the WB catalogue and makes a Keanu Constantine.

I would be tempted if HotToys did a Dream with Matthew the crow. Would be cool for sure and I wouldn’t write them completely off.
HotToys will occasionally do a figure out of nowhere that no one saw coming.

Completionism Is The Collection Killer

Xeno Junkie said:
I would be tempted if HotToys did a Dream with Matthew the crow. Would be cool for sure and I wouldn’t write them completely off.
HotToys will occasionally do a figure out of nowhere that no one saw coming.
Click to expand...

From a classic license they've visited in the past, a Keanu flick or a re-release or something. Morbius is random, but it's still a vampire and a Marvel flick. They're not going after a Netflix show when they havent even done a Zoe Catwoman from The Batman. I sure would like a Dream, but I wouldn't expect anyone like HT or IA to do it. Maybe a 3rd party thing or a smaller company at best.
L

Do I expect a 1/6 figure?
No.
But thats why I called this thread a wishlist instead of a speculation thread - it'd be nice to be proven wrong though!

I’d take a Dream/Morpheus for sure. As far as it happening, I don’t see it from Hot Toys or anyone else official, but I could see a third party company doing it. Maybe SooSoo or someone.

Hot Toys isn't gonna bother with this. Fingers crossed we get some good third party company to tackle it though. I'd take a Dream figure with his robe/mask/ruby/sand and a Matthew crow.

I agree that it's highly unlikely to see licensed HT figures, but I could go for Morpheus. Doubtful I would buy any other characters from this show, however.
T

I would buy a Dream if he had an alternate face with the black comic-style eyes. I’m usually pretty flexible with comic adaptation aesthetics, but I need those inhuman black eyes.
L

TheClient said:
I would buy a Dream if he had an alternate face with the black comic-style eyes. I’m usually pretty flexible with comic adaptation aesthetics, but I need those inhuman black eyes.
Click to expand...

A solid third party will make Dream ( I hope)

Initially I was not happy that Death wasn't a goth girl, but the actress was so good it more than made up for it.
L

Yep - so finished the series and I stick by most of my list.

I would be happy with only a figure of Dream - loved Sturridge's performance and I love the character/design.

Spoiler:
Though I now would like if he also came with the Corinthian's skull

I'd still be happy with a Lucifer.
No longer all that interested in a Corinthian - nothing against Boyd Holbrooks performance, I just felt he was a little underutilized.
I would like to wait a little on Death as from a few comments from Neil Gaiman make me think that they will include her iconic Eye of Horus makeup in her future appearances. But once they do that then I would happily buy her too.

I would also be SUPER excited to have a figure of Desire - fantastic performance and character. Again, maybe hold off for future designs/appearances.