I couldn't have cared less about this before it landed - BOBF and Obi-Wan had made me SW impotent; particularly Obi-Wan (Ewok movies level bad) - but when I saw some reviews yesterday, I accepted I was a glutton for punishment.

But so far, I have to pull my head in.

Some really good moments, but, even for someone who appreciates a slow burn, I have to say, this is next level slow burn. Just makes a lot of it feel like padding. The flashback stuff would have done its job handled in 5 minutes.

But that's my only real gripe. Other than the pace, I appreciate the mature approach and trying to give us something different that isn't a joke ("Geode" ).

At least I'm curious and invested enough to see where it goes.

Saying that, is it something I will want to watch repeatedly? Doubt it...

Location
Kansas: The State of Confusion.

Watched all three episodes, I liked what I saw, and while it was a slow burn, it was a good slow burn for me.

Darth Snoopy said:
Watched all three episodes, I liked what I saw, and while it was a slow burn, it was a good slow burn for me.
Click to expand...

More than fine with a slow burn; we have 2 seasons, 24 episodes and a 5 year time period to cover.

So far it’s helping the characters and world actually feel real and grounded.

okieh 2 said:
I just watched 2 Episodes - kinda liked it
Don’t care about slow burn - much better than Obi Wan and BOBF so far
Click to expand...

Also ... I think this is the first ever Star Wars on screen wherein a character swore with a real-world epithet. It fit.

Also the first time I remember hearing the word 'money' instead of 'credits' but I could be wrong about that.

And they were pretty open about prostitution too instead of just hinting at it.

chrisstbh said:
First 3 episodes are incredible. What the hell happened with BOBF and OWK?
Click to expand...

First episode a little slow but I like the realism. People act believably. I'm very intrigued by Bix. Not too interested in the "young inspector".

Especially in love with the dialogues that prominently infused with British literature style.

I thought it was different,in a good way...definitely not your run of the mill star wars!!
It is a slow build up to set the story up,and that is ok.
Am really looking forward to the Political machinations with Mothma.
I think seeing her in action is what I'm hyped for.
I dont feel the flashbacks were necessary,they could have had that just be the first episode rolled into 1 and then kick off on the brothel planet.

Some good new stuff amongst it all and I'm looking forward to seeing how it all pans out.

Definitely love the more adult characters and grounded tone so far. But can't say I'm really caring much about Cassian himself yet, as he still comes across as the same gruff, super serious guy we saw in RO. And right now I'm finding myself much more intrigued by this Bix character and hope we won't have to wait too long to see her again.

The first ten minutes had a Blade Runner style mixed with early Expanse.

When the scene shifts to the rolling toolbox it reminded me of Killjoys.

Feels very strange after TBOBF and OWK, and even TM.

I like it so far, but it's so different from the space opera Star Wars we've been accustomed to that it comes across like a reboot of the universe.

JAWS said:
I agreed with you on my first viewing of RO. Thought he was a boring.

But repeated viewing made me really like this character. I liked the idea of a rebel who did some evil **** in the name of the rebellion.

Yeah I've grown to like the character too in RO, but mostly because of the arc he has in that movie and how he interacts with Jyn and all those other dynamic characters. But on his own I'm just not sure he's nearly as interesting to watch...

Retro science fiction too (even though it is "A long time ago...") 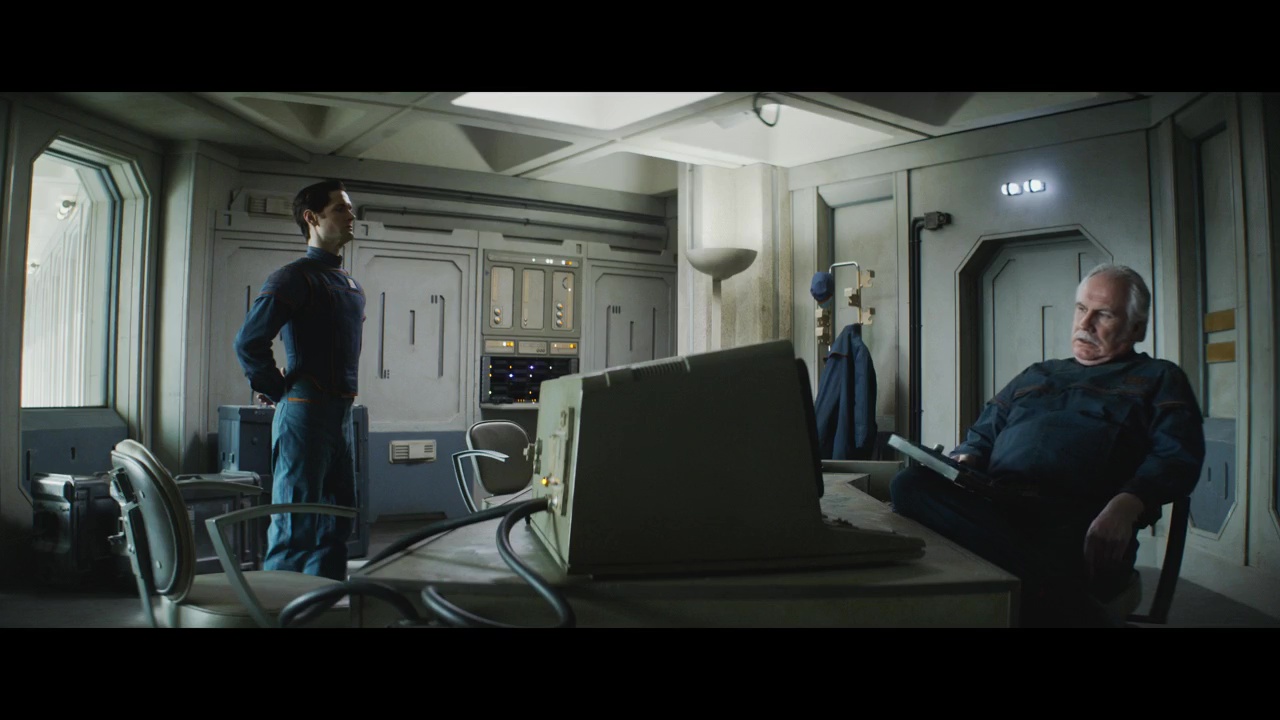 His tablet with the chunky tuning dial is even more arcane Captain Kirk's: 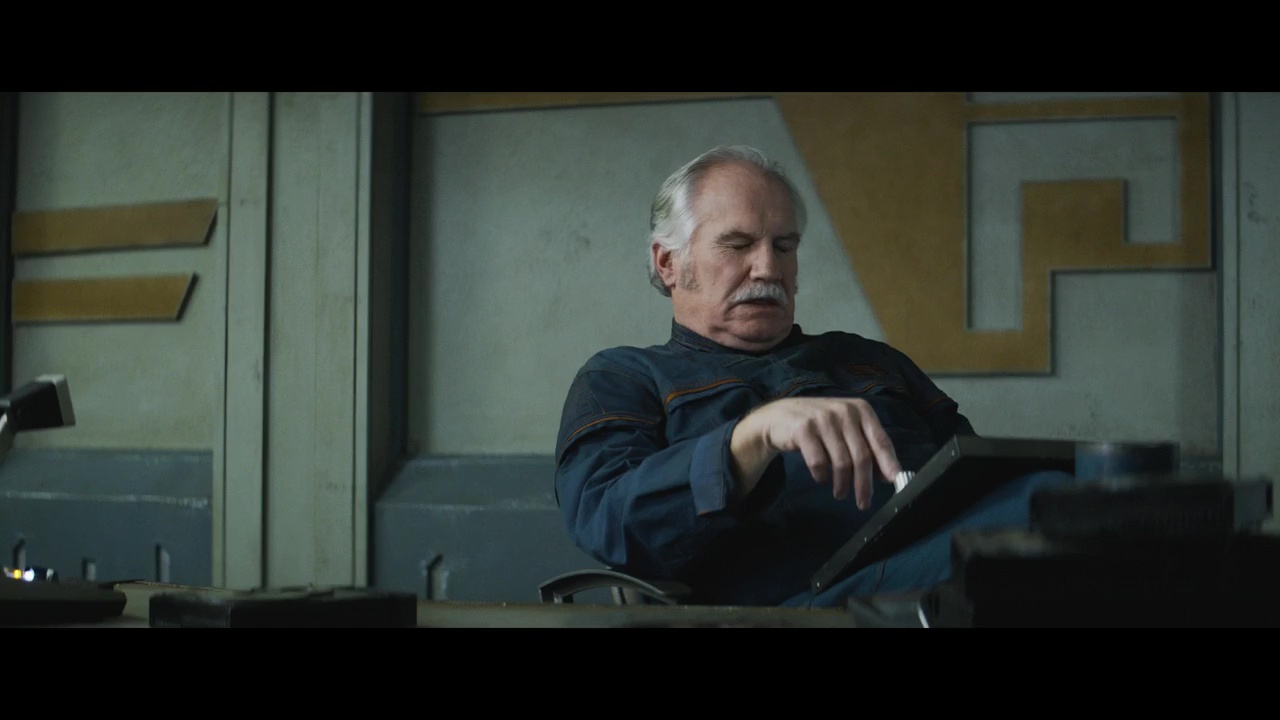 I've only watched episode 1 and the production looks miles better than Boba and especially Kenobi (which looks like it was filmed in a car park).

By the end of episode two I was also thinking of Alien and Alien3 as influences. The mundane day to day work life and conversations, along with the retro tech. The various regional British dialects play into that too.


Mondragon said:
Definitely a slow burn, they are going to lose the need a quick fix and heroic pay off fans, it's not for you. This does seem more like a Brit tv procedural, only peripherally in the SW U. Alternatively seen from both the police and the outlaws pov.
I can appreciate it is by design starting in the grit and absolute minutia of both, only ever hinting at the bigger picture.
You know this is not the guy who ever gets they mythological weapon or armor, the super powers, the kiss from the princes, the reward, medal, accolades or the fanfare parade. ... and that's not what he's after.
Click to expand...

It's Star Wars, but not as we know it.

I hope no one spoils it by going and saying, "I have a bad feeling about this."

This is the benchmark Disney should keep for all new Star Wars content.

I like the details, the procedure, the repercussion of actions taken and the emotional effect on characters. I also like the distinct lack of comic buffoonery that characterised TBOBF, OWK and parts of TM.

It's hard to place in the context of all other Star Wars media because so far the direction it's taking is so different.

Wor-Gar said:
First episode a little slow but I like the realism. People act believably. I'm very intrigued by Bix. Not too interested in the "young inspector".
Click to expand...

Bix is really well written and acted but she's kind of a walking trope. Not a bad thing, you need those types of characters and can argue that all of them are, it's just that she doesn't seem "interesting" in the sense that I've seen her before. Hell, I think I've met her in real life before.


davejames said:
Definitely love the more adult characters and grounded tone so far. But can't say I'm really caring much about Cassian himself yet, as he still comes across as the same gruff, super serious guy we saw in RO. And right now I'm finding myself much more intrigued by this Bix character and hope we won't have to wait too long to see her again.
Click to expand...

Another Bix fan LOL ... no surprise there. I hear a lot of boardies remarking on how Cassian lacks charisma but I feel the character is what he needs to be and has been since Rogue One.

He's a little bit vacant and cold but come on, he's been traumatized by war since childhood and done terrible things for the Rebellion. What's he supposed to be? A charming rogue, a hero with a heart of gold? Maybe this is how people who will shoot people in the face out of expediency and duty are more likely to act.