Queen Studios Collectibles said:
IRON SPIDER-MAN 1/2 STATUE: AVAILABLE TO PRE-ORDER SOON
R.S.V.P. NOW to get early PO notification>>>Iron Spider-Man 1/2 Statue RSVP
Pre-order Starts: 21st July 20:00 (GMT+8)
---------------------------------------------------
AVAILABILITY
USA
HONG KONG
TAIWAN
MACAU
SOUTH KOREA
SOUTH EAST ASIA
EUROPE
ARGENTINA
---------------------------------------------------
About the Character
A threat has emerged from the cosmos, Thanos, a ruthless warlord plans to collect all of the Infinity Stones. Joined by his formidable allies, he will be near-unstoppable at achieving his goal. The friendly neighborhood Spider-Man will have to use his wit, strength and Spider Sense to help the other heroes stop Thanos from enacting his master plan and collect all the Infinity Stones.
About the Statue
The Queen Studios team have re-imagined this 1/2 scale Iron Spider-Man statue recreating Peter Parker as Spider-Man in his Iron Spider suit. Parker is stood straight while he looks ahead with a patient gaze assessing the situation around him. His armor is metallic red and blue with gold accents. The Iron Spider-Man’s legs known as “Pincers” are engaged, making Parker resemble an arachnid. Parker looks imposing as he prepares himself for battle.
The Statue and the Base
Using state-of-the-art art technology and the finest materials, this limited edition Iron Spider-Man 1/2 scale statue is expertly crafted to capture the Iron Spider from Marvel Studios’ Avengers: Endgame. Peter Parker’s soft skin is made of platinum silicone, which creates hyper-real look. His hair is painstakingly punched one by one, before being cut and styled. And his custom glass eyes add that extra touch of realism bringing the character to life.
Both the Regular and Premium Edition feature a movie accurate masked head-sculpt feature internal lighting allowing you to display with the standard lens or “Instant-Kill” mode red.
Click to expand... 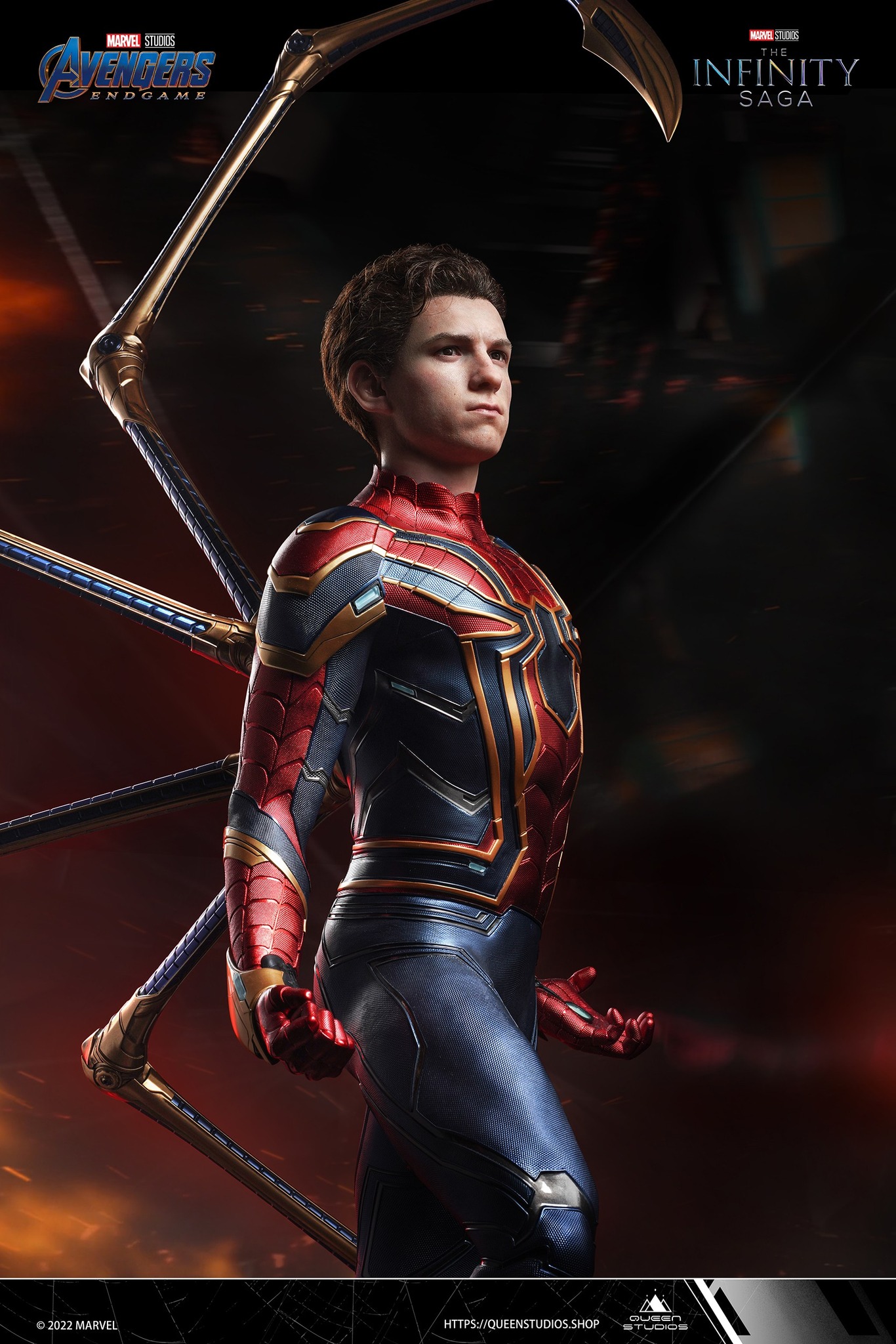 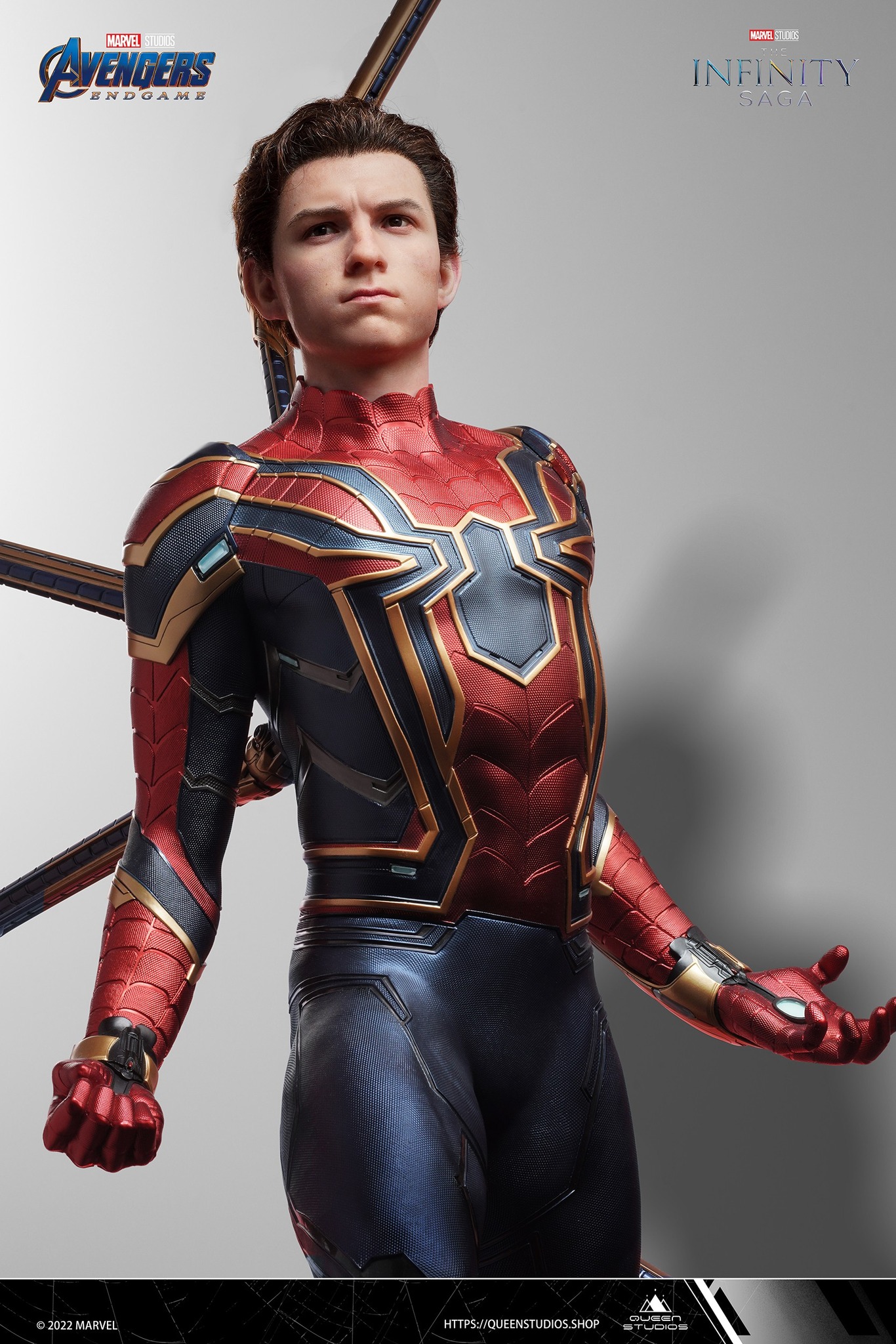 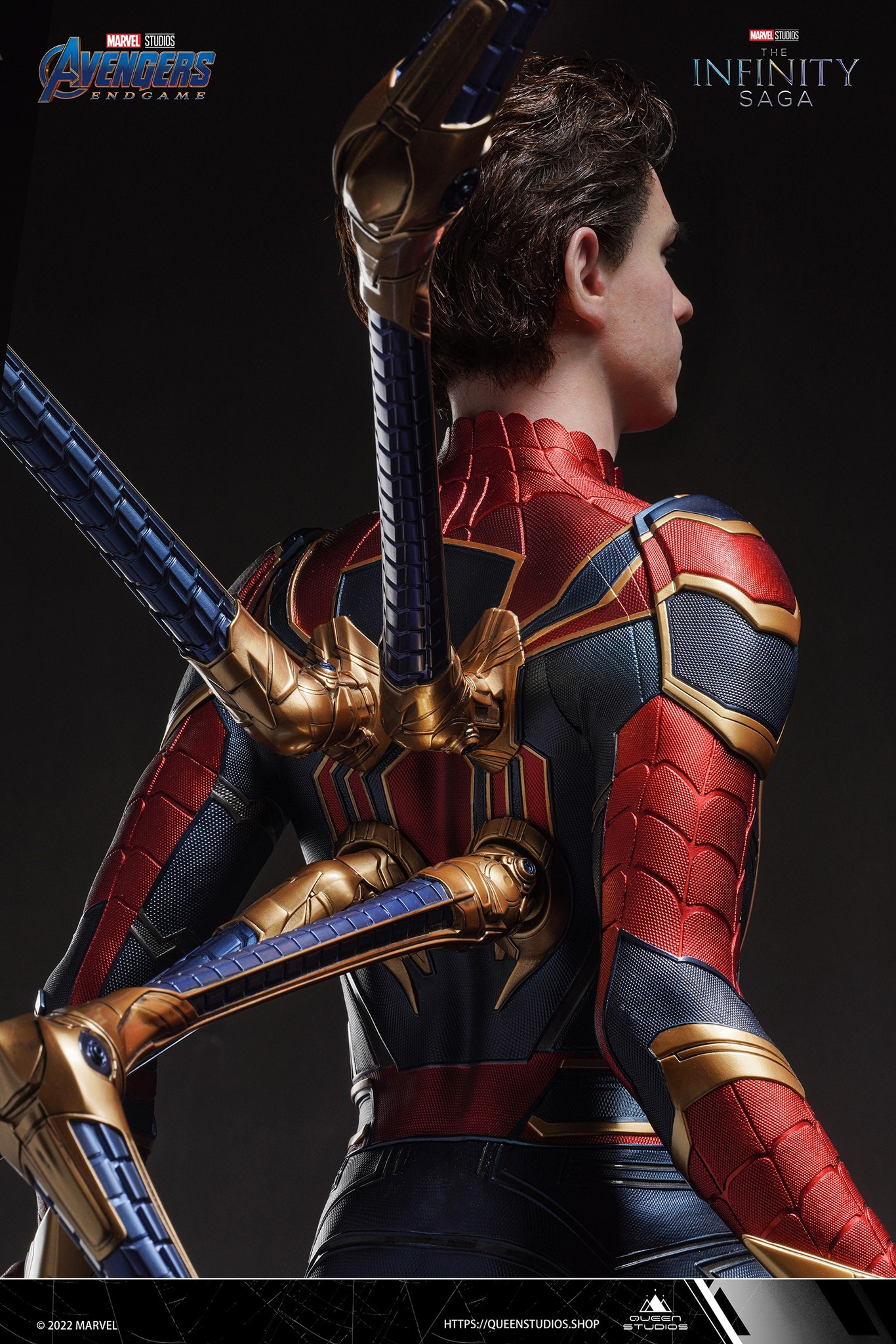 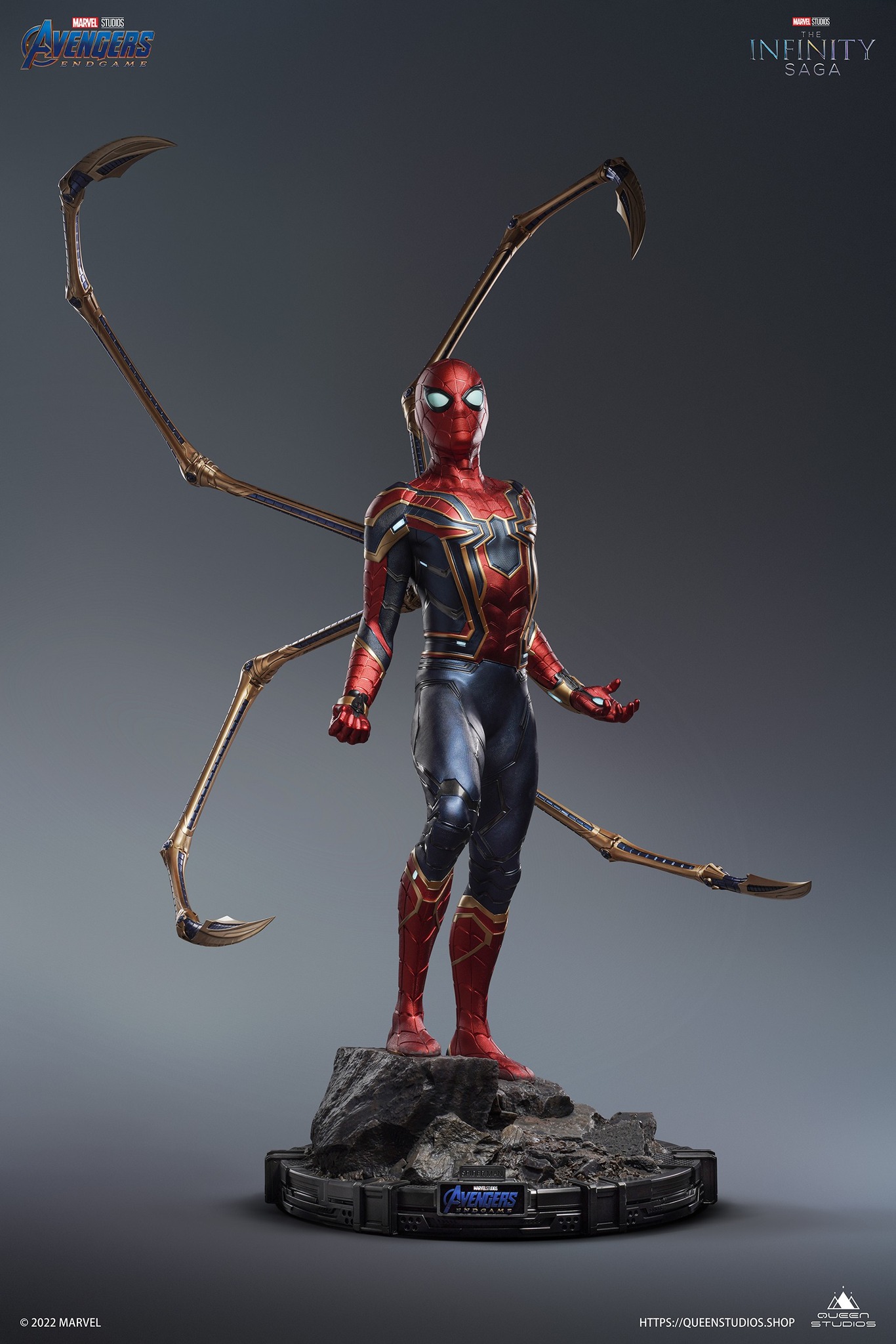 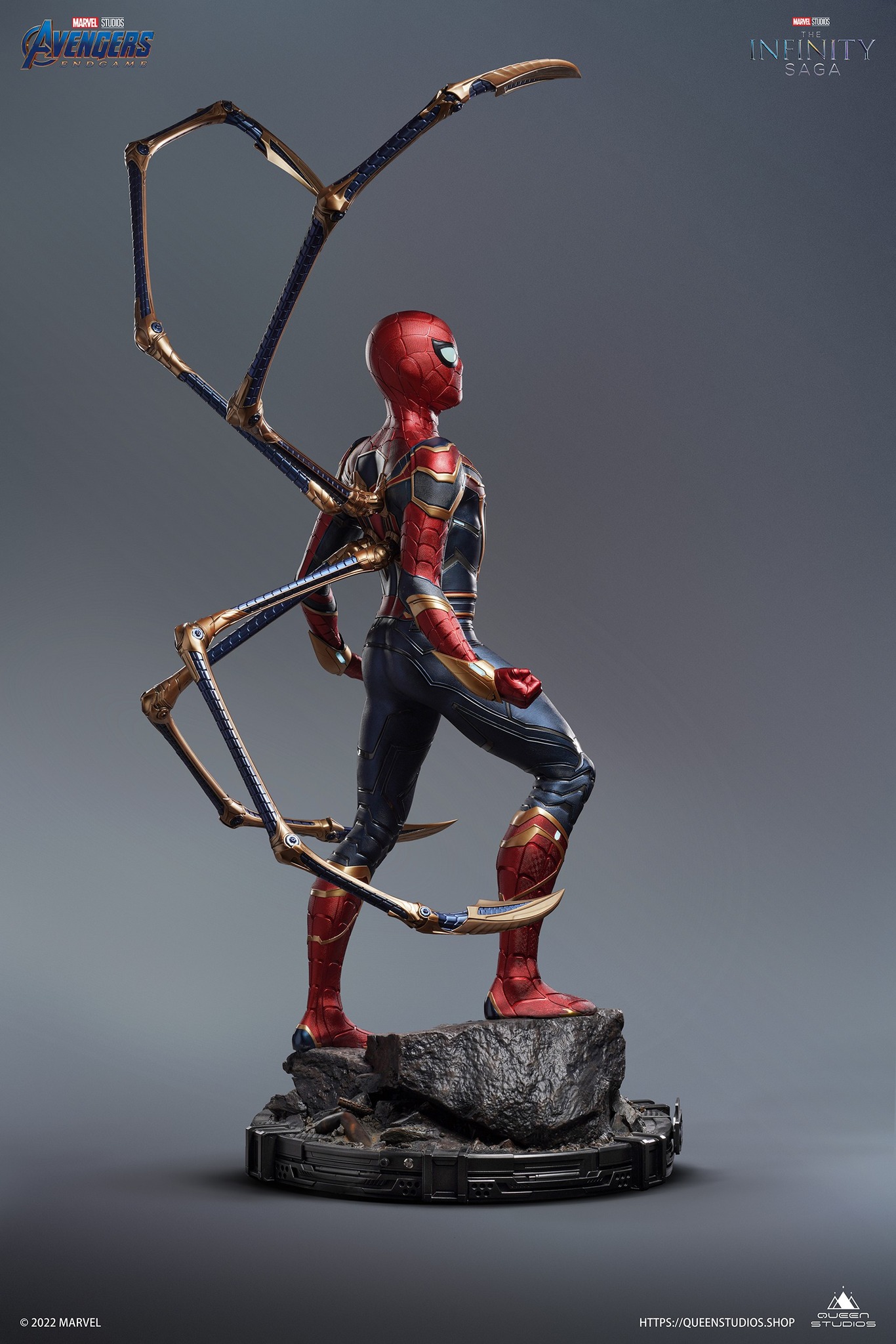 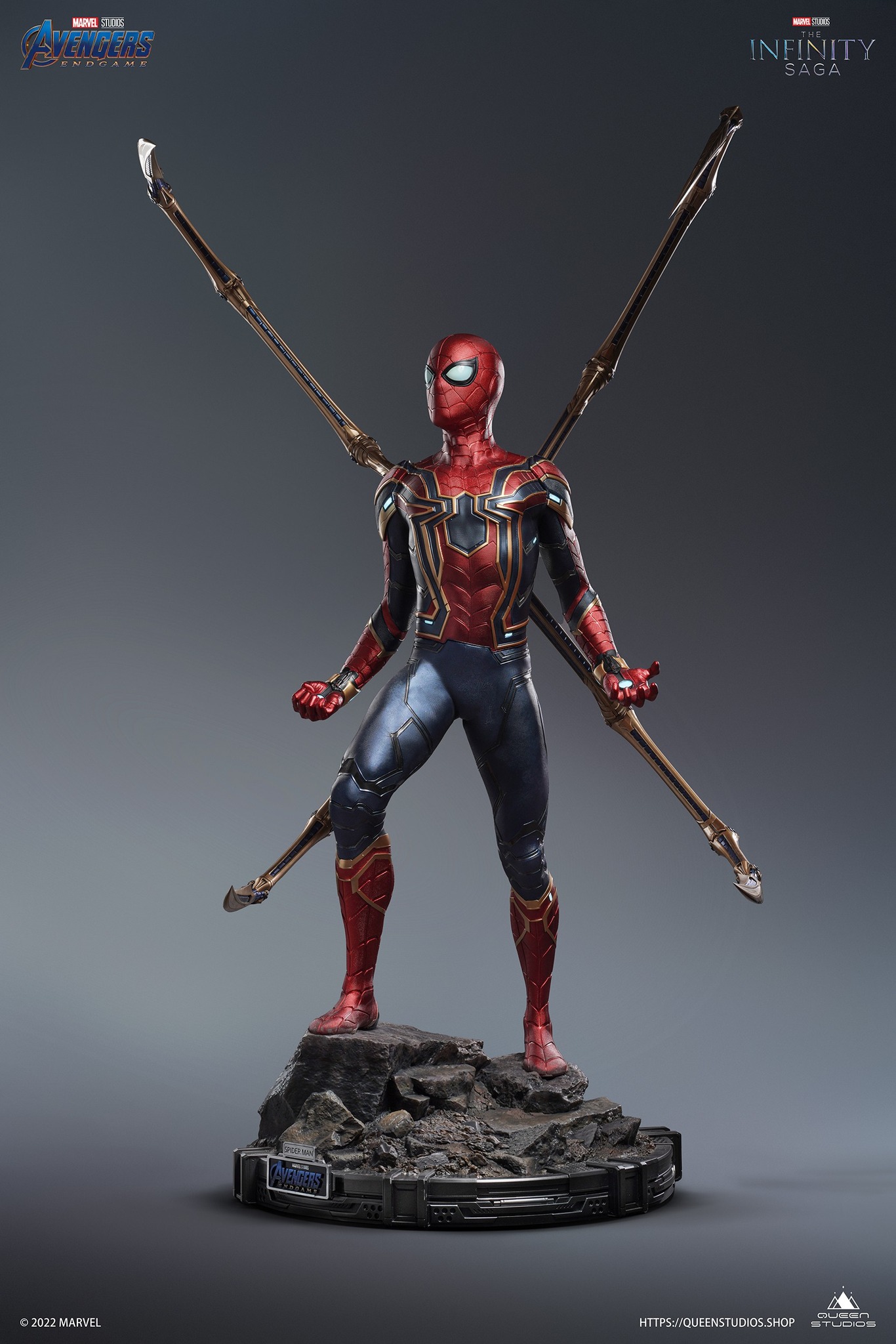 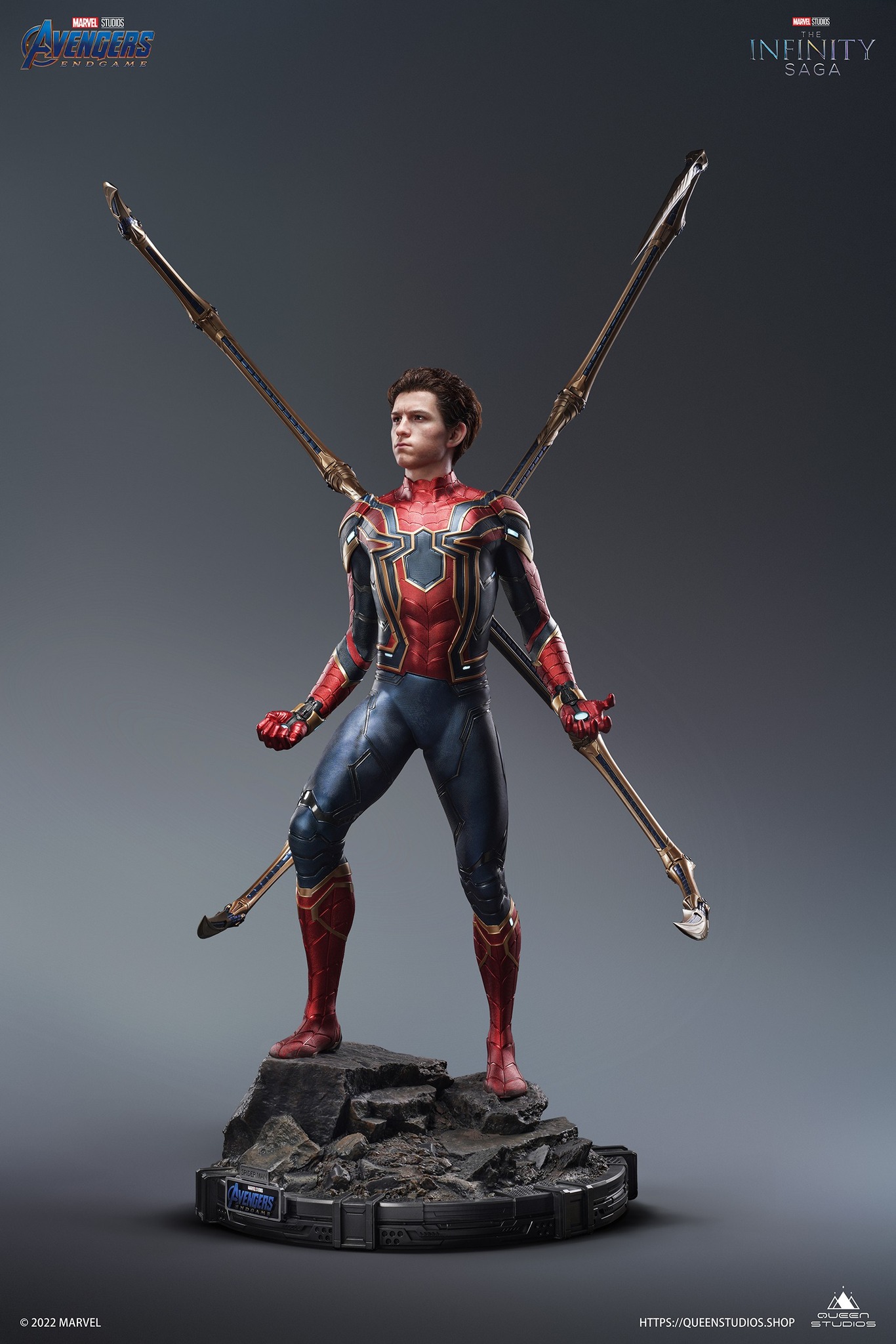 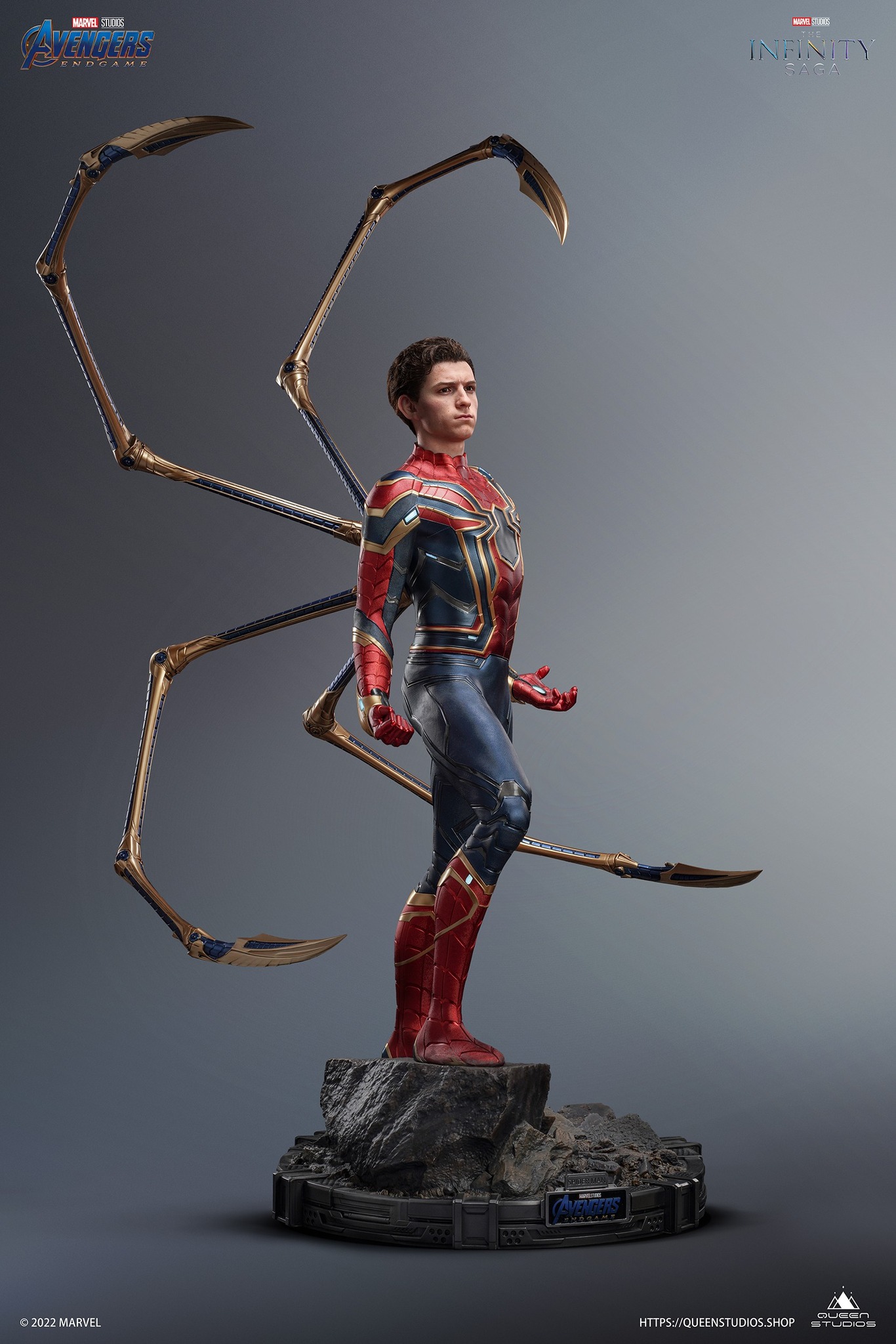 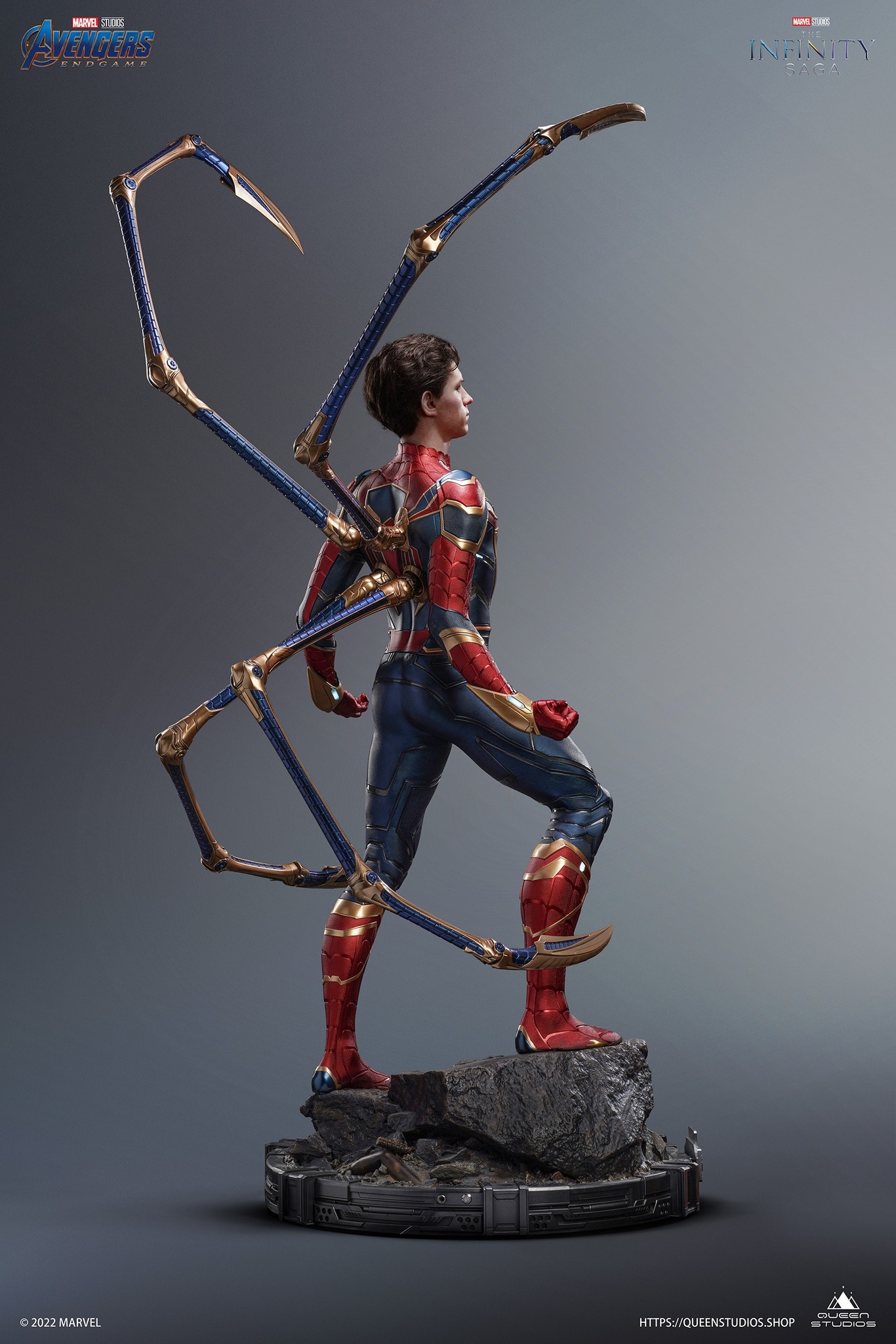 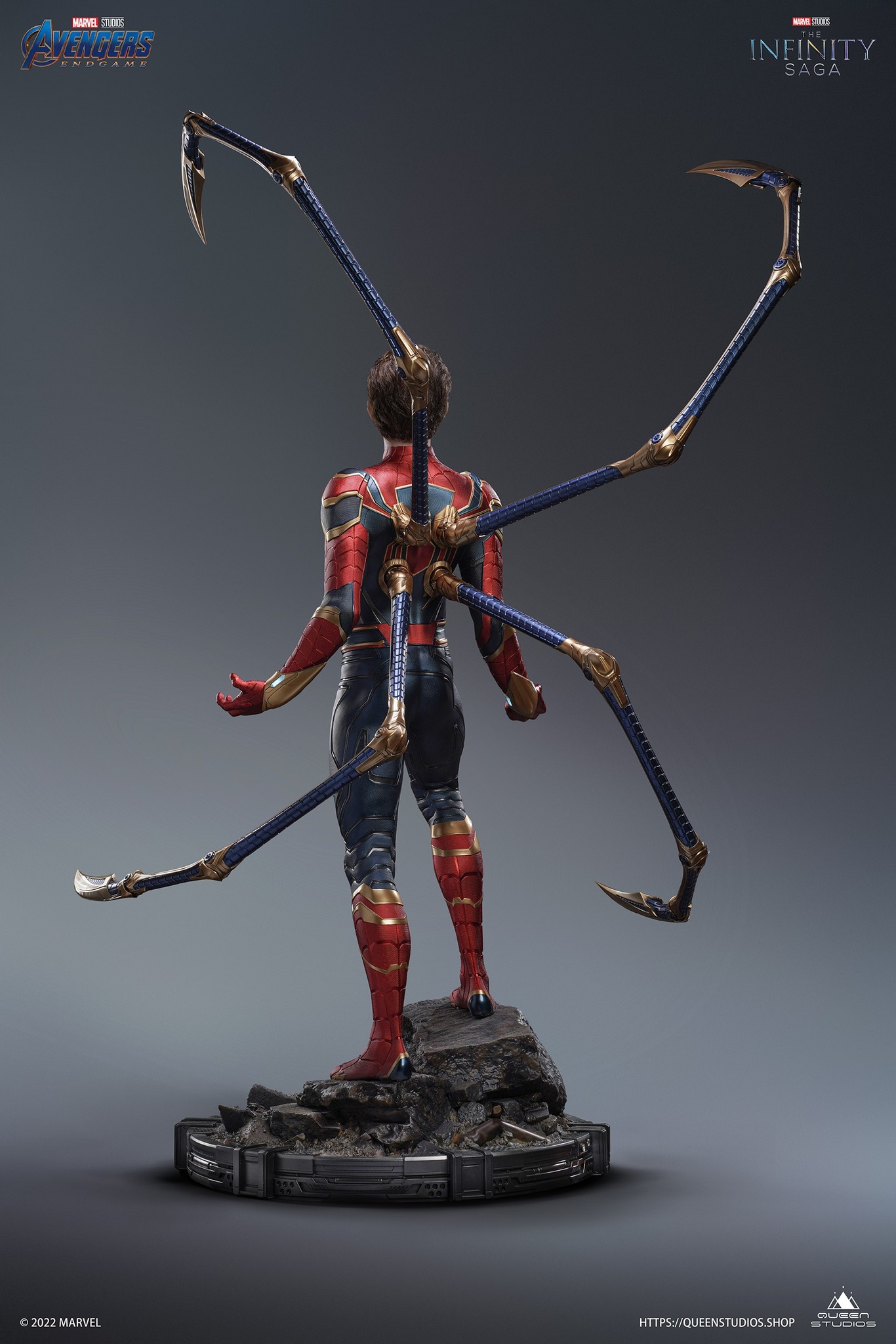 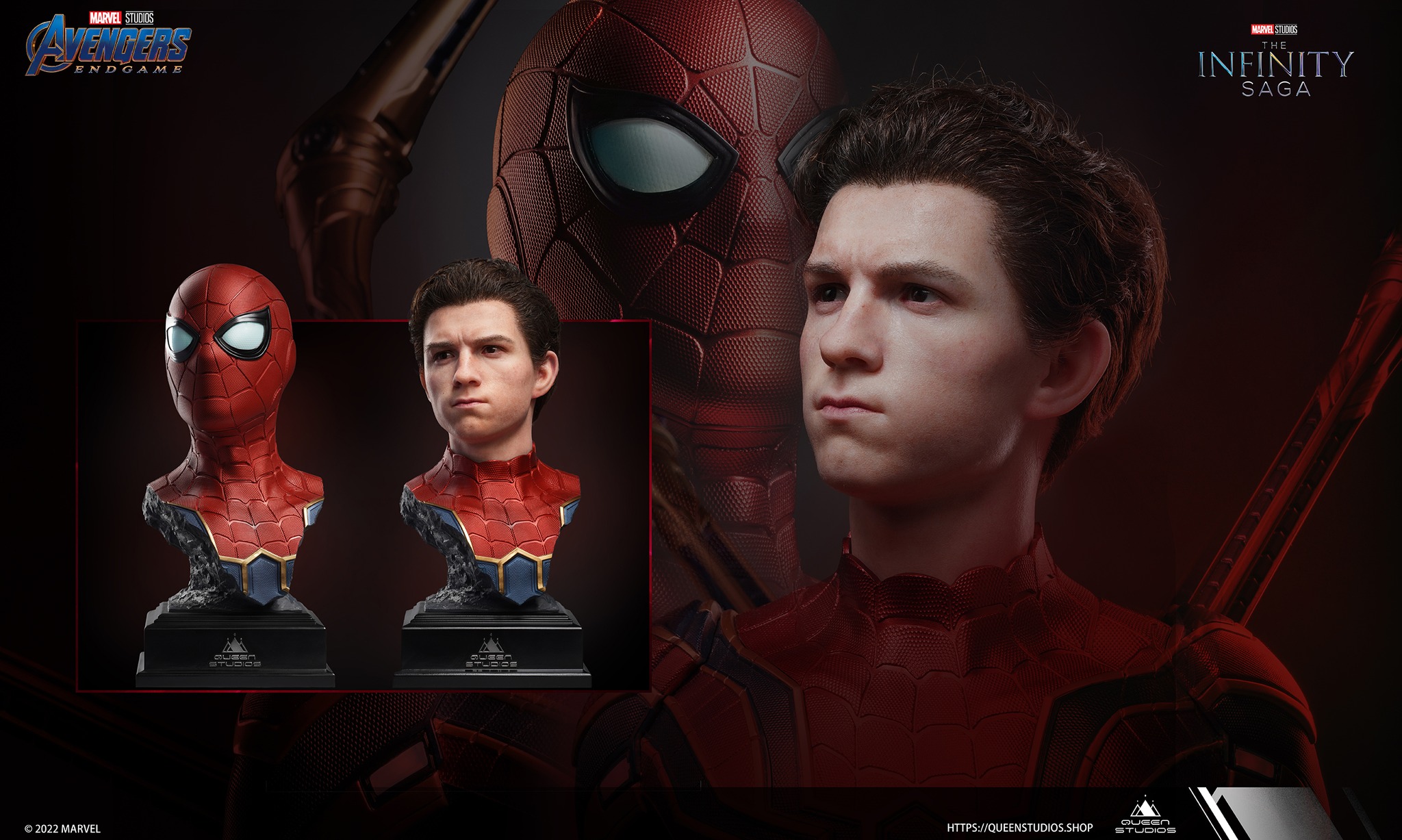 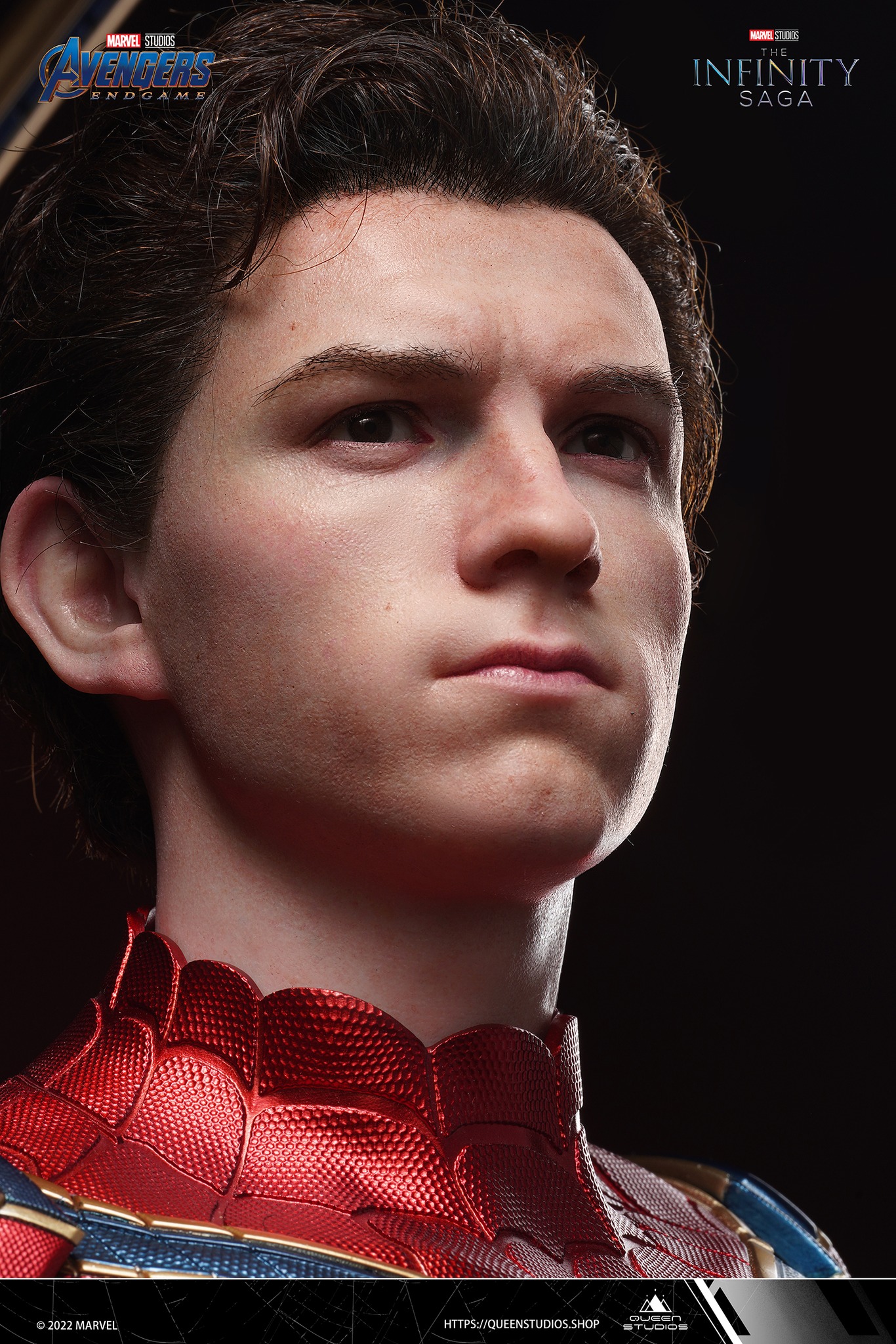 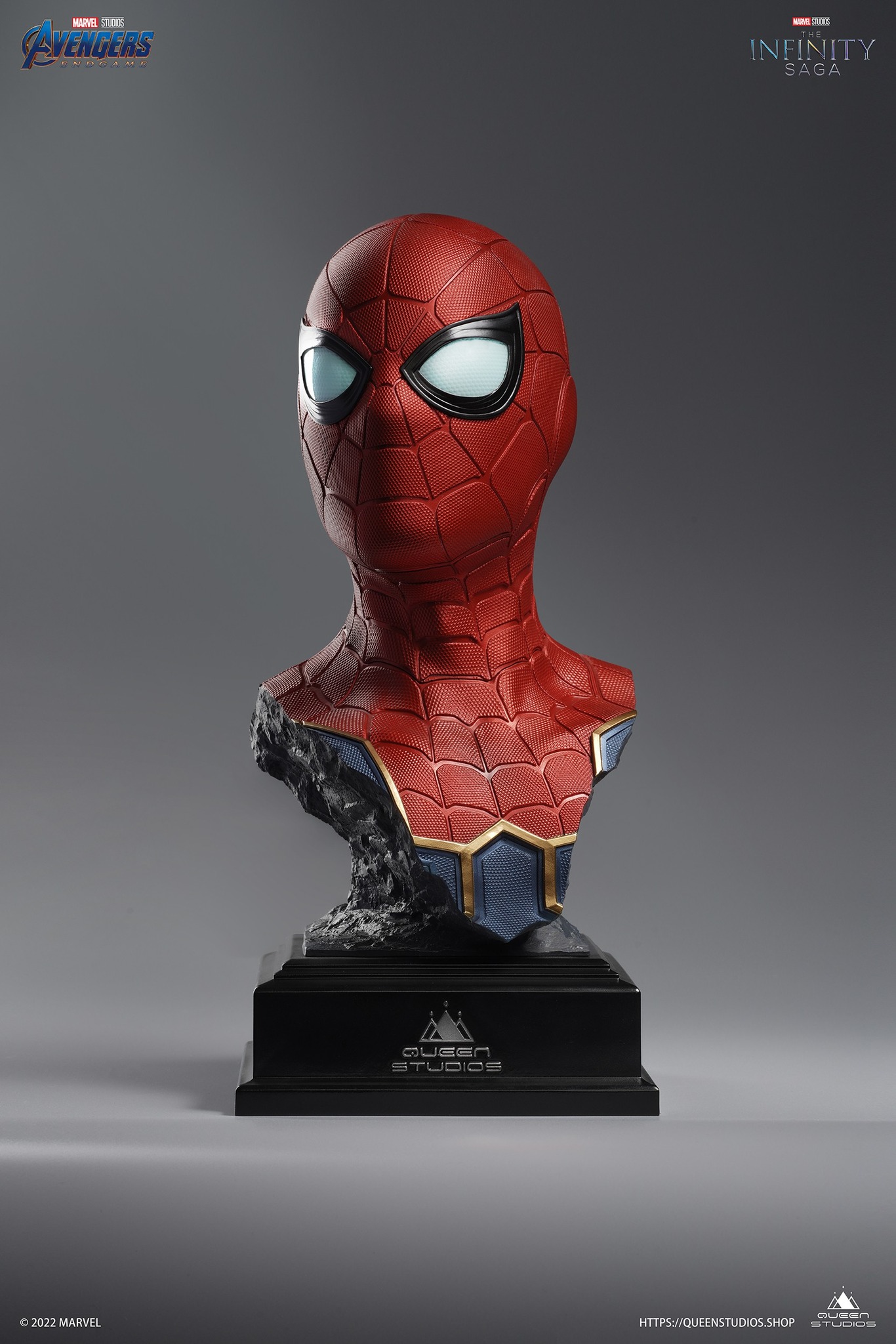 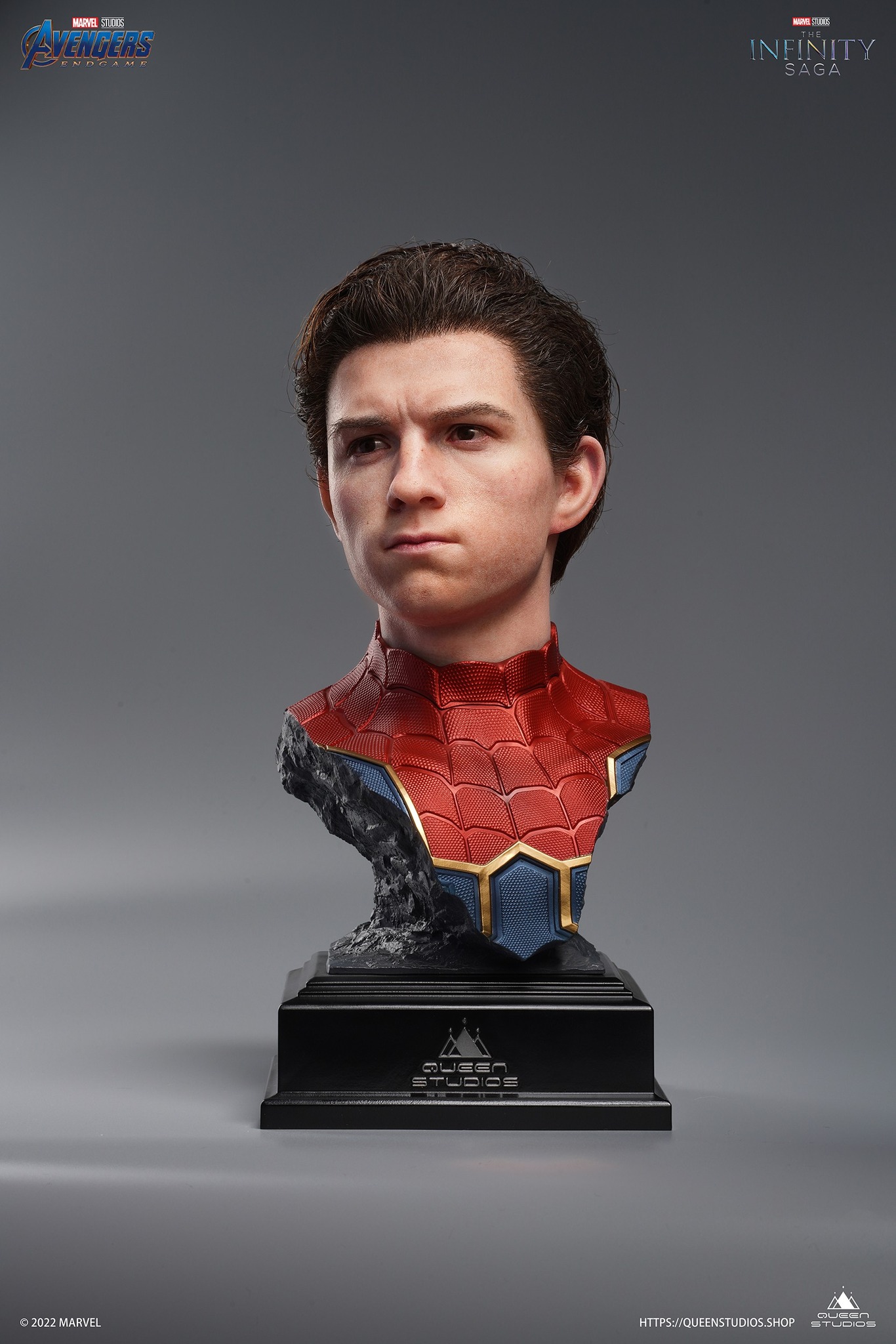 Weird Spider-Man pose for a statue. 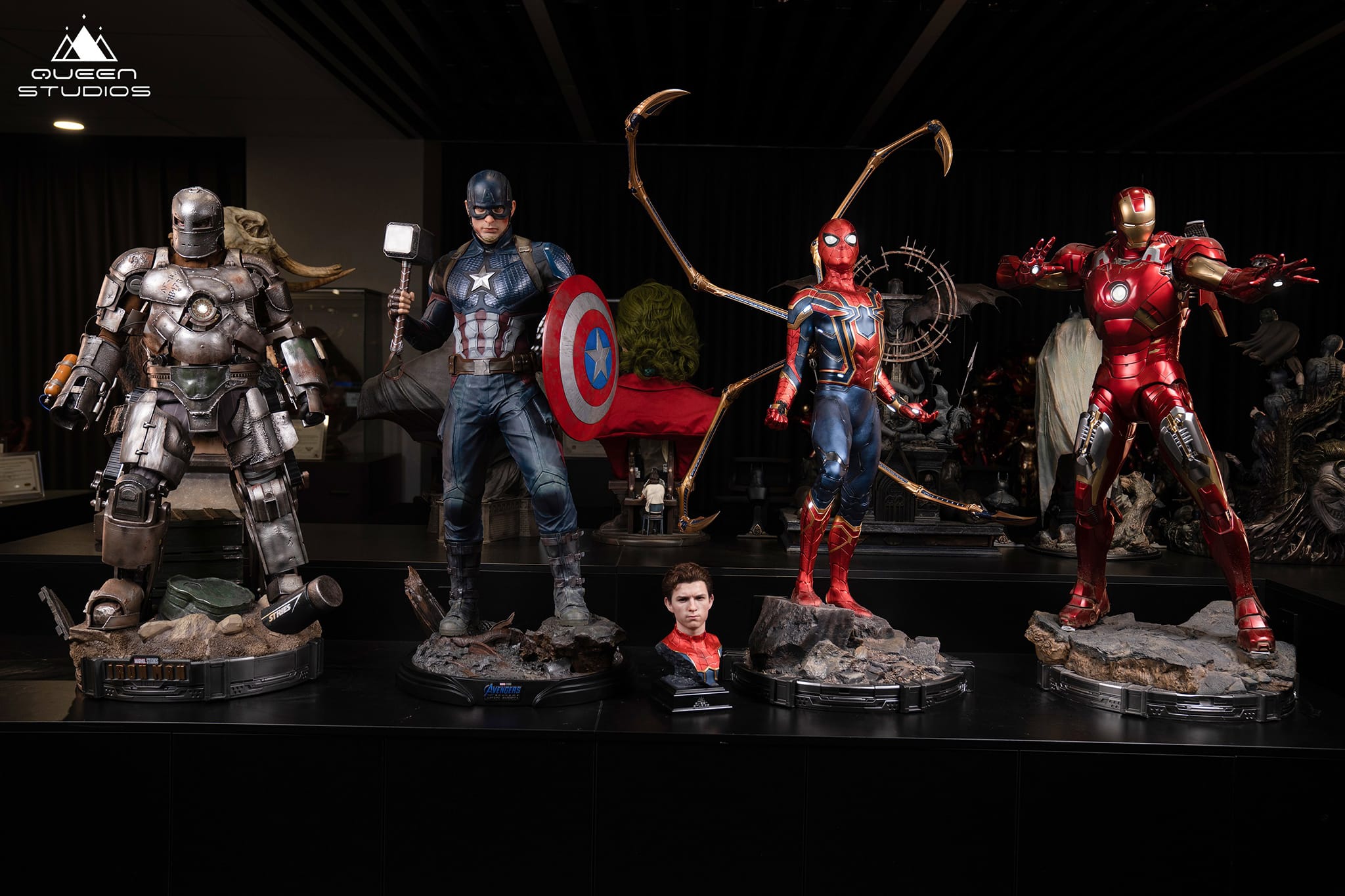 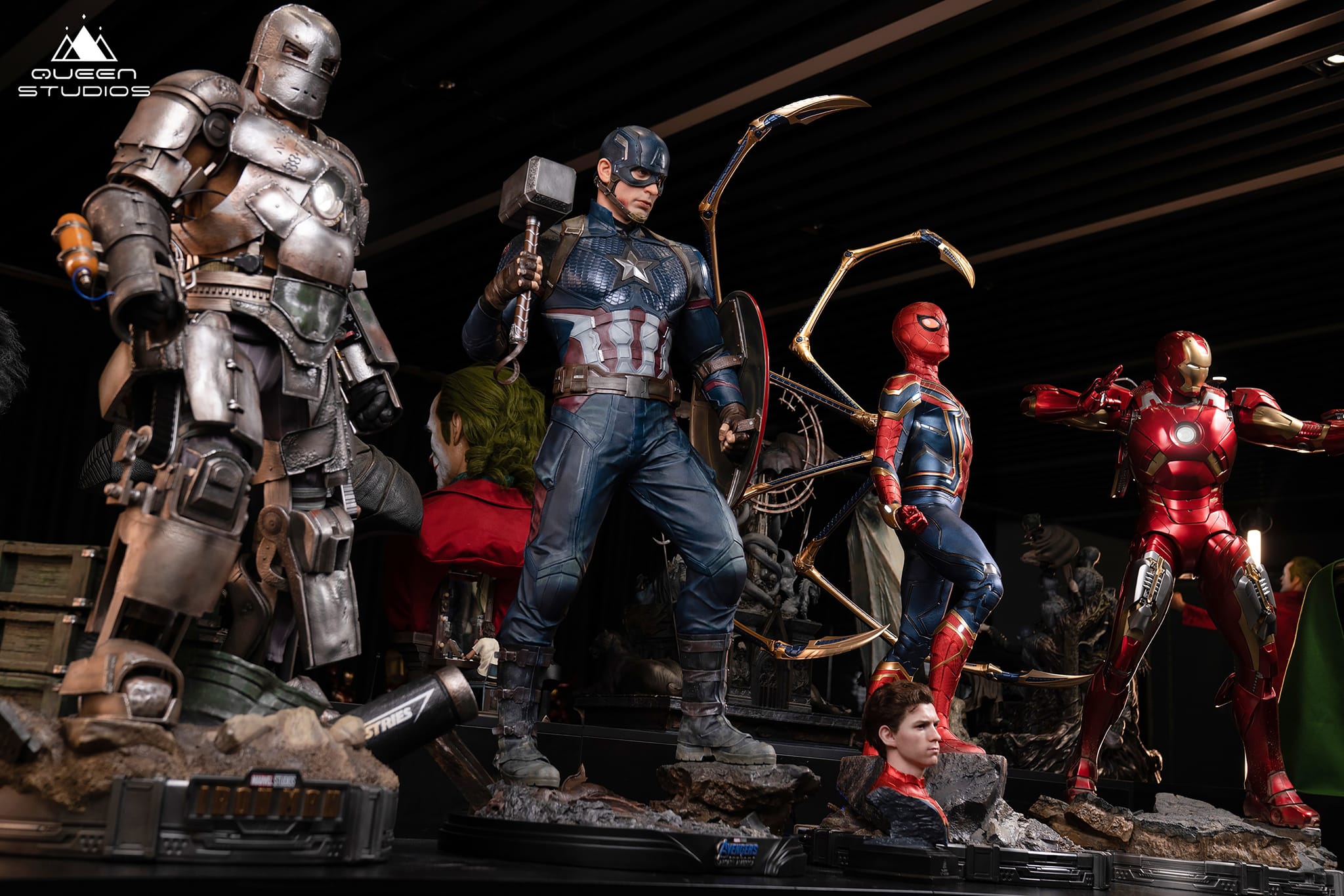 that pose is god awful.
G

The pose really is questionable. Looks like he's having a peck stretch and looks annoyed that aliens are watching him do it on the battlefield.

Also, never seen Spiderman do that pose before. Seems like a weird comic mashup with the film which is jarring.