Instead of spamming the P1 1/3 Hush Superman thread, I figured I'd make a thread for this project I'm working on which is a custom repaint of my P1 Hush supes.

Long story short, I missed out on the original blue/red 1/3 Hush Superman a few years ago and settled for the 1/3 black suit version. Don't get me wrong, I fell in love with the black suit version but deep down I really wanted the original blue/red version and there was no way in hell I'd pay aftermarket prices for it. So for a good while I was on the fence about repainting my statue.

I decided if I can get my hands on a headsculpt from the blue/red version( without the beard) along with a 1/3 red cape I'd go through with the repaint. Over the past few months I was, fortunately, able to acquire the headsculpts and two capes 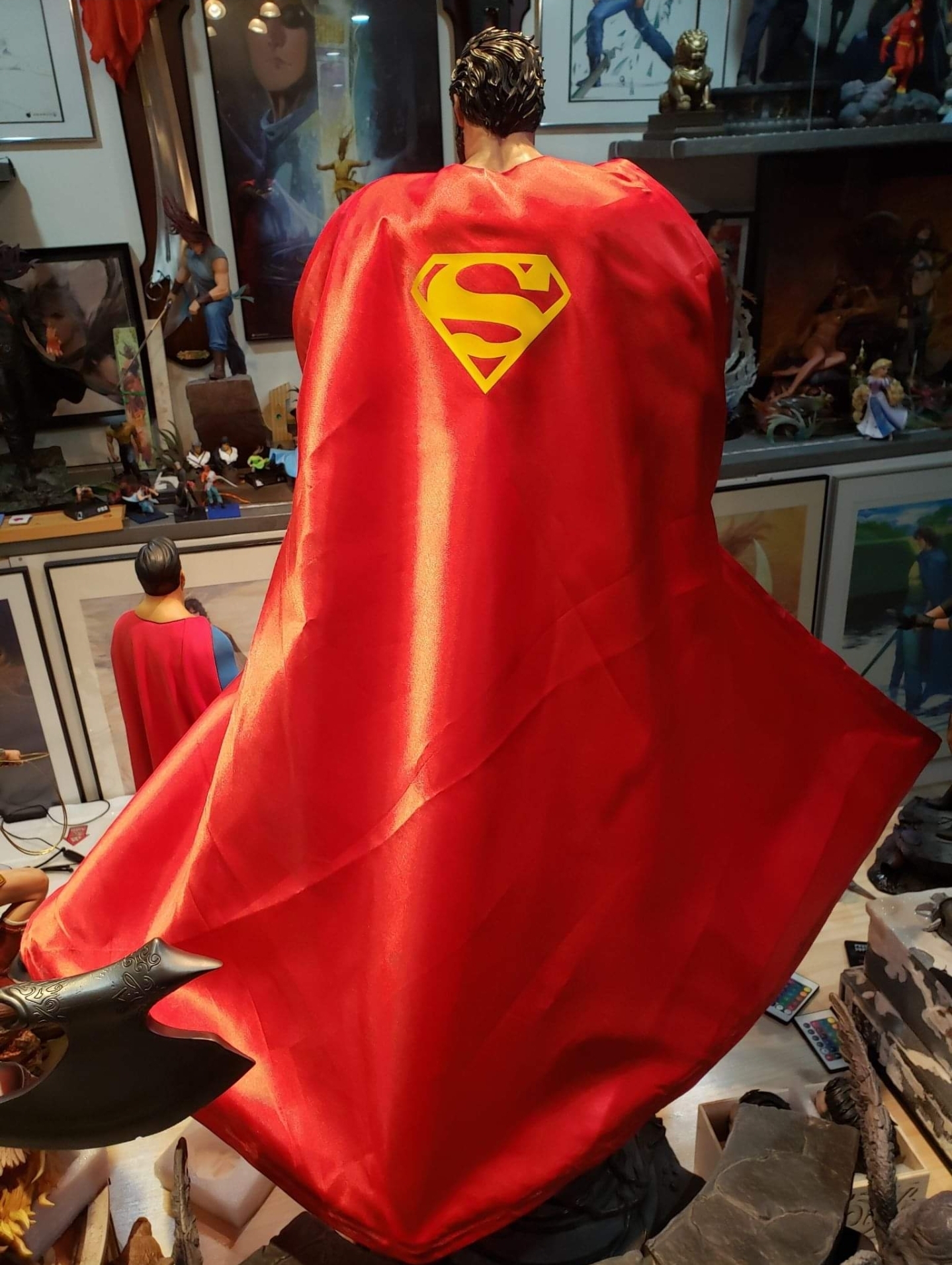 A few months ago i ordered a Jaxon Xu custom drape cape from OSK. Since I had the red wired cape, I was about to cancel my order with OSK when I got an email from Kit that my Jaxon Xu cape was ready so I bought that one as well. 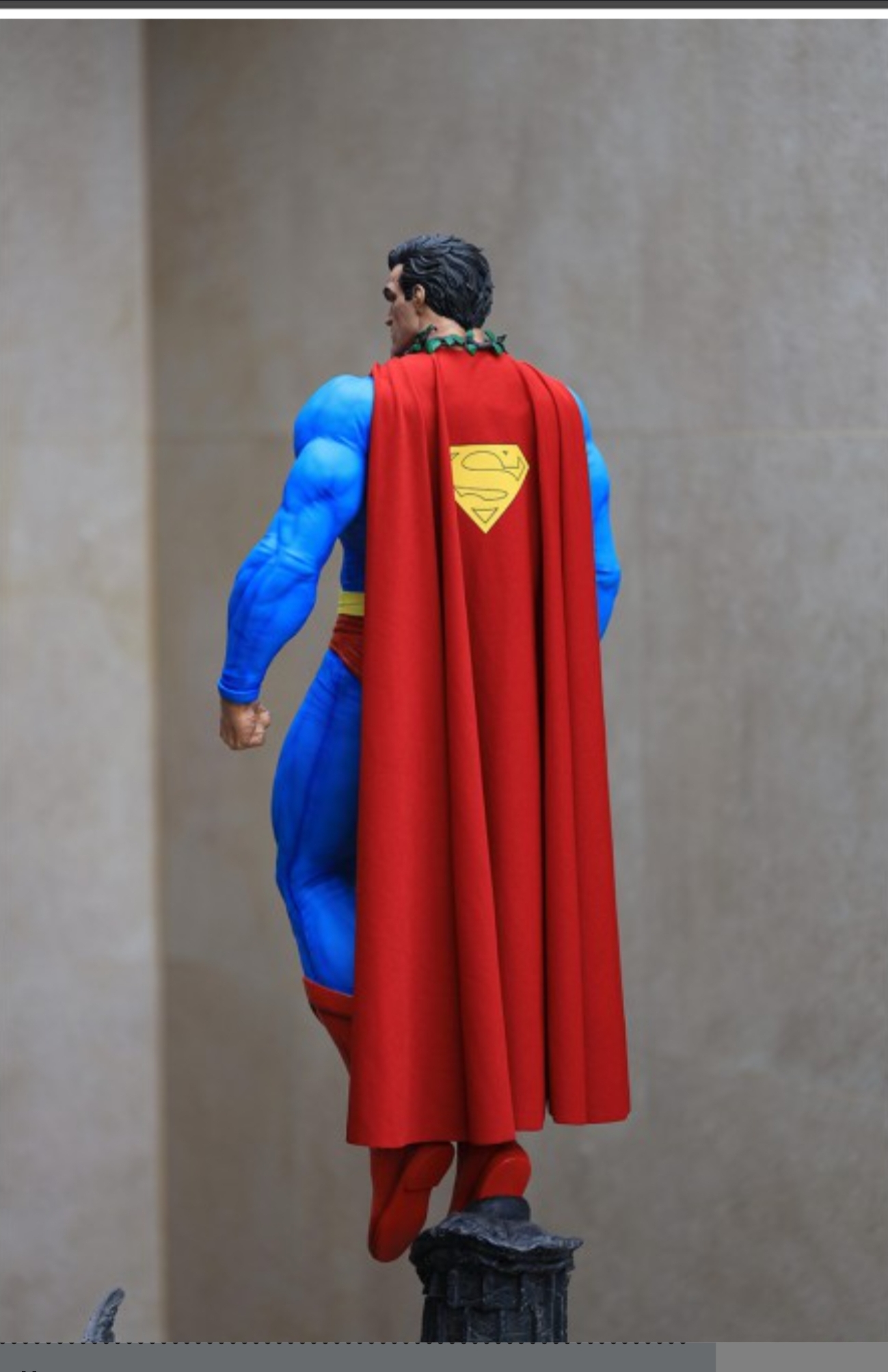 .Now that I had the headsculpts and capes I said screw it, let's repaint this SOB.

I've been airbrushing as a side hobby for the past few years and have only painted smaller figures and statues. This is the first time I'm attempting to paint a 1/3 statue, let alone an expensive one so I'm definitely nervous. I've done a bit of studying for airbrushing techniques and practicing those techniques on a smaller Superman statue over the past couple of months until I felt I was ready to start on my 1/3 supes. A while back I also reached out to the late Karnis(RIP

) who was a long time follow collector freak member, and we had a lengthy discussion in which he gave tips and advice for this repaint. His airbushing skills were top knotch and He was very helpful and knowledgeable which helped me immensely.

I have it all planned out starting with priming, undercoat, highlights, basecoat, etc. I'm just taking my time with each step especially making sure each coat is fully dry and cured before moving onto the next step. We'll see how this project turns out. 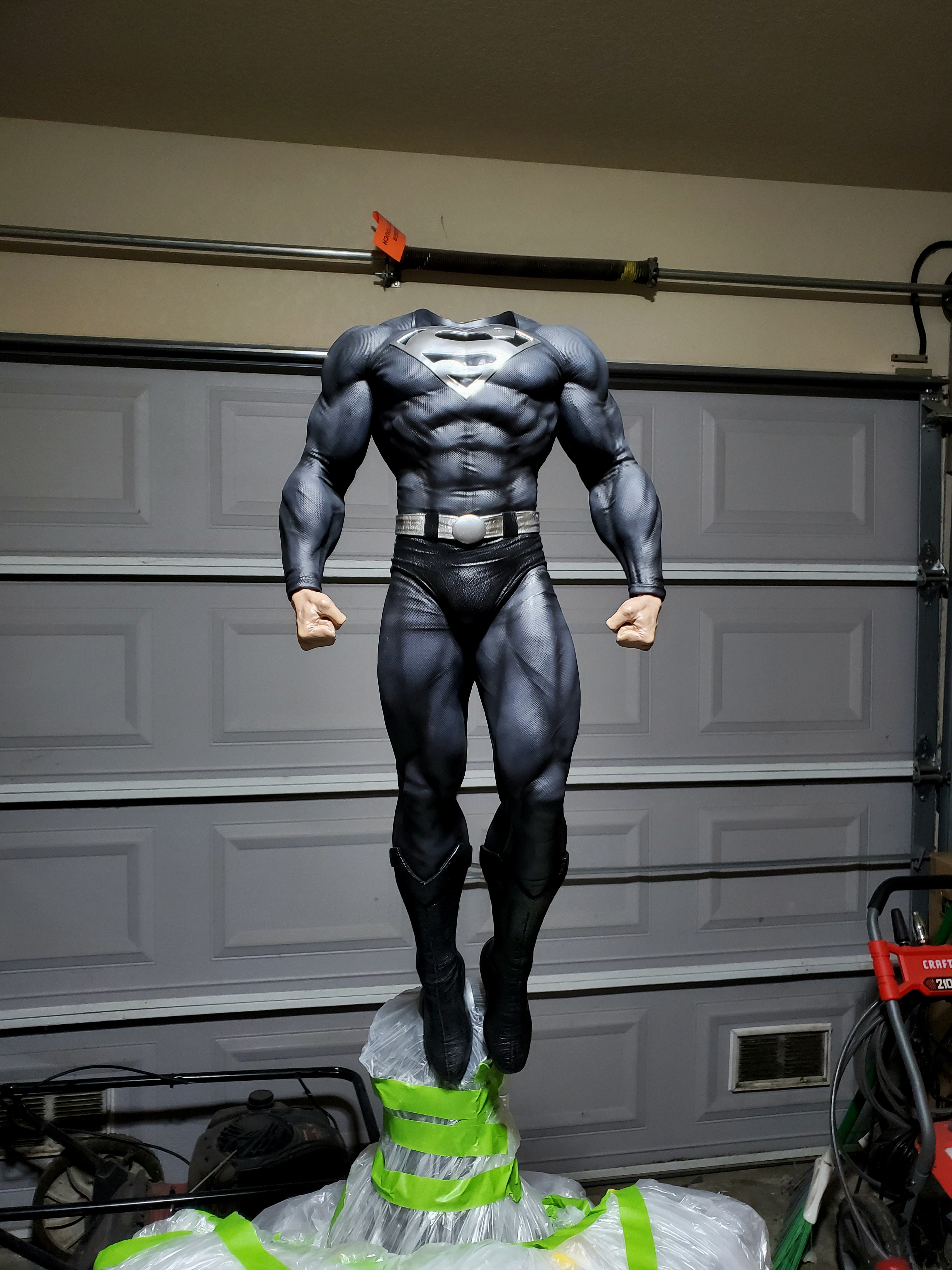 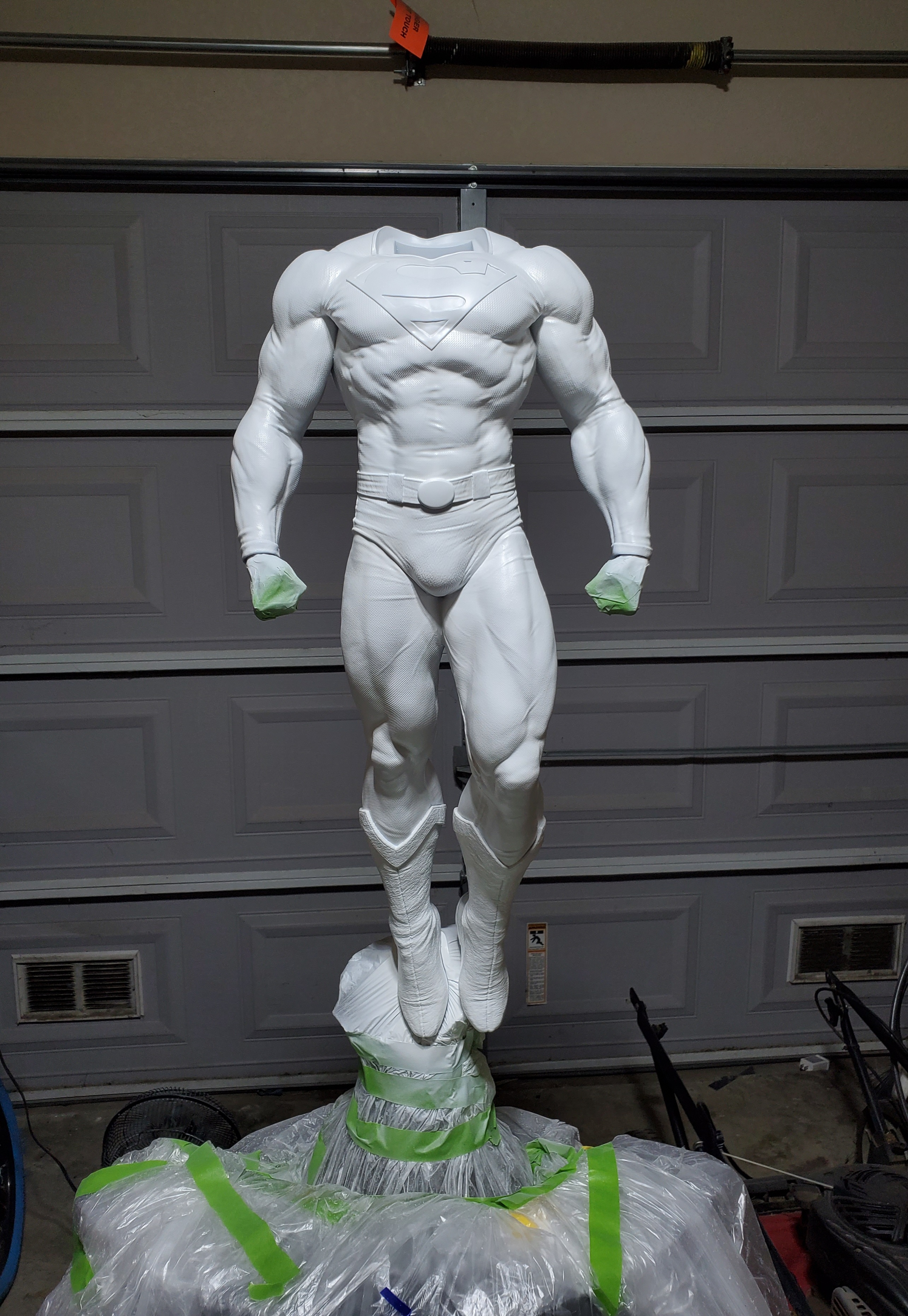 next step- undercoat airbrushed and sealed with matte clear. 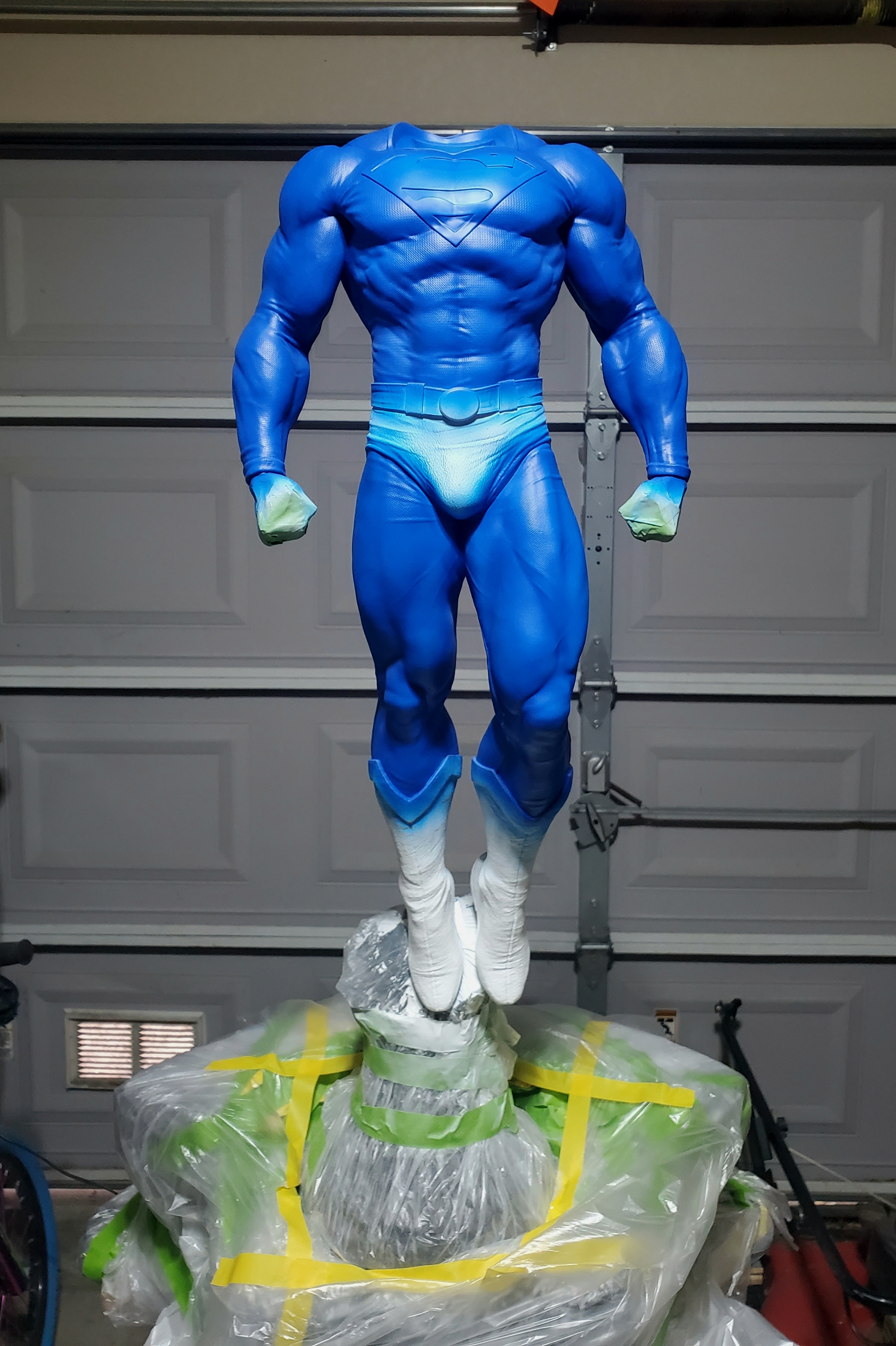 next- highlights done then sealed with matte clear 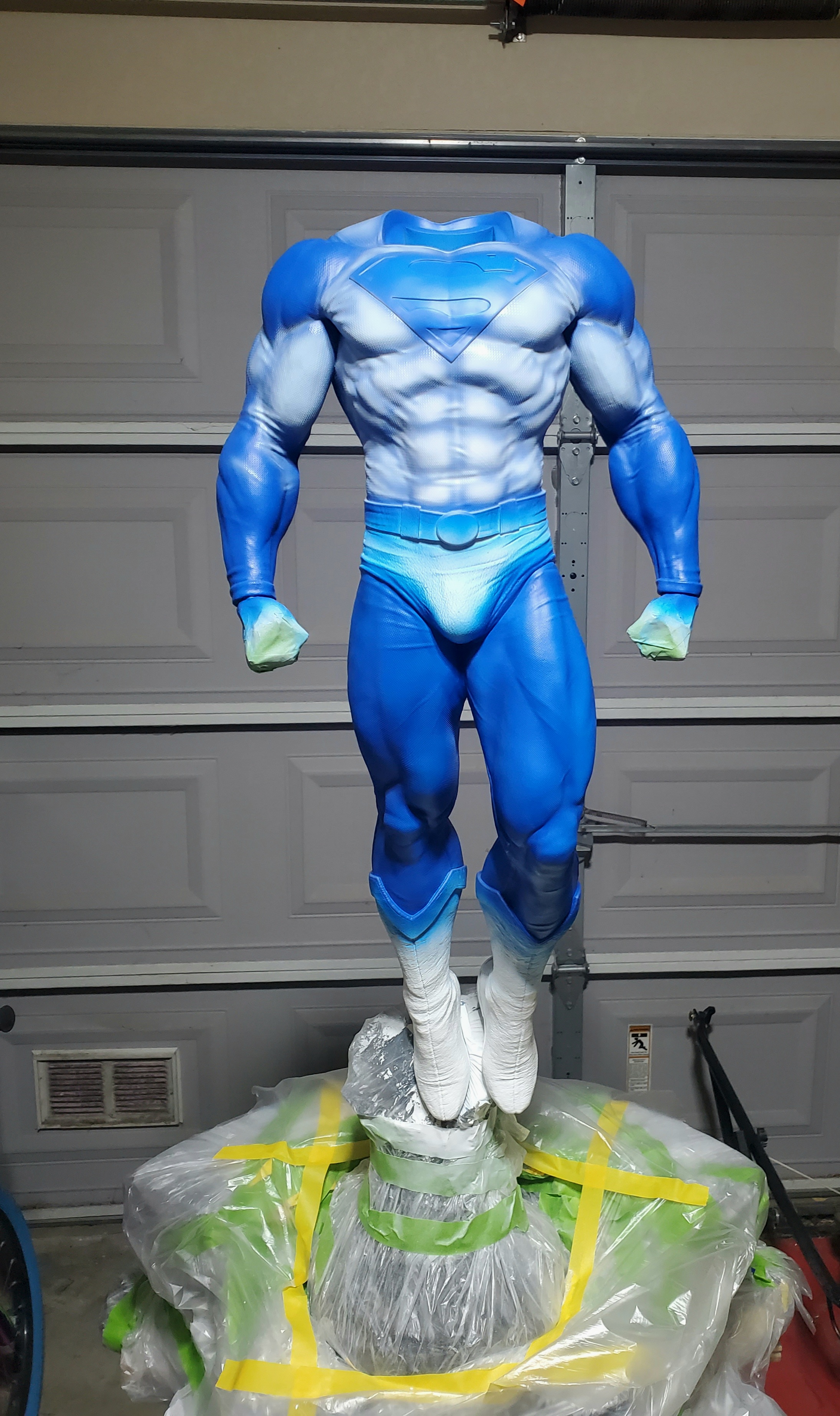 next- laying down the first layers of the base coat 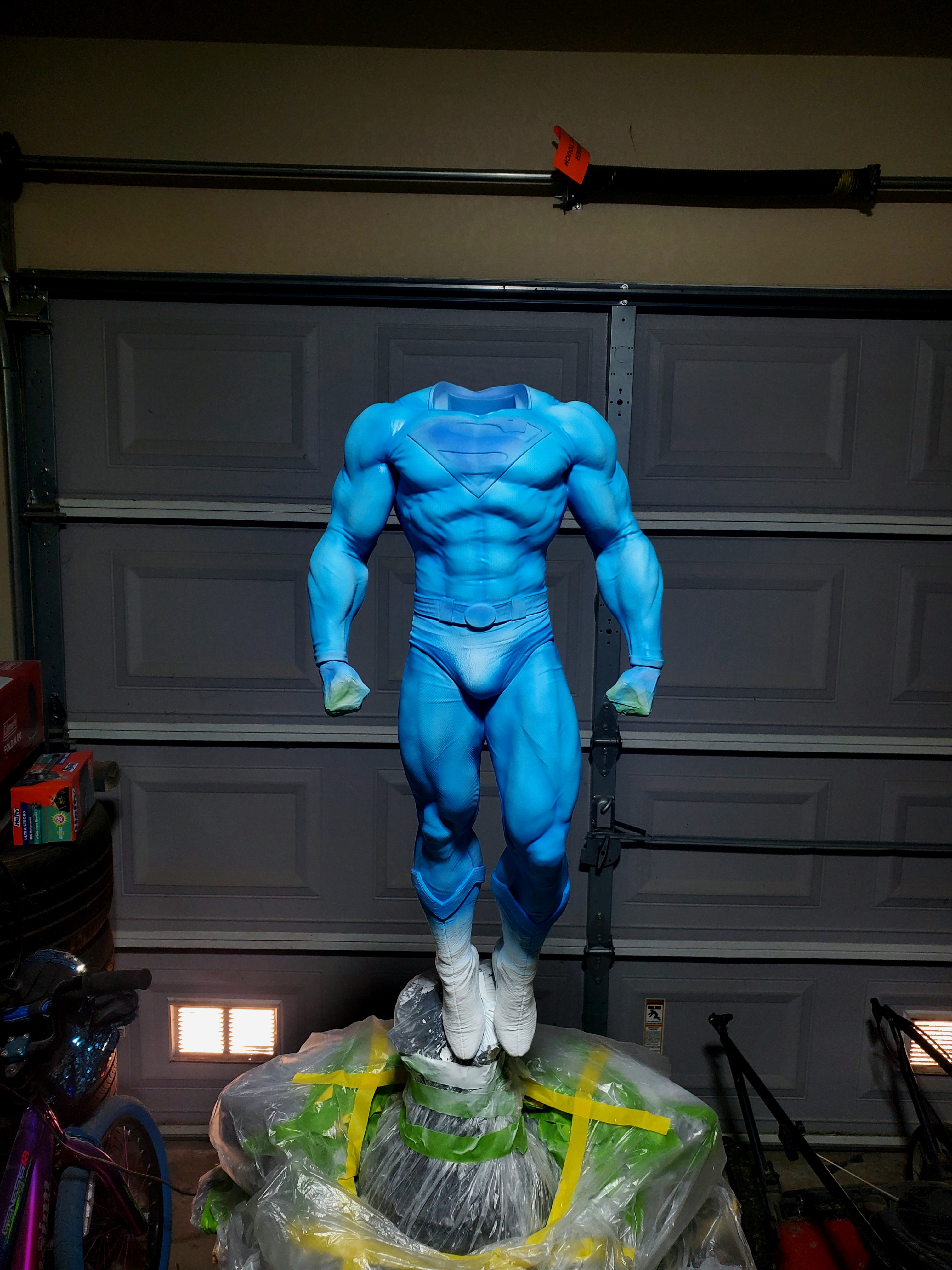 after those layers dried, i finished adding the rest of the base coat layers and sealed with a matte clear. 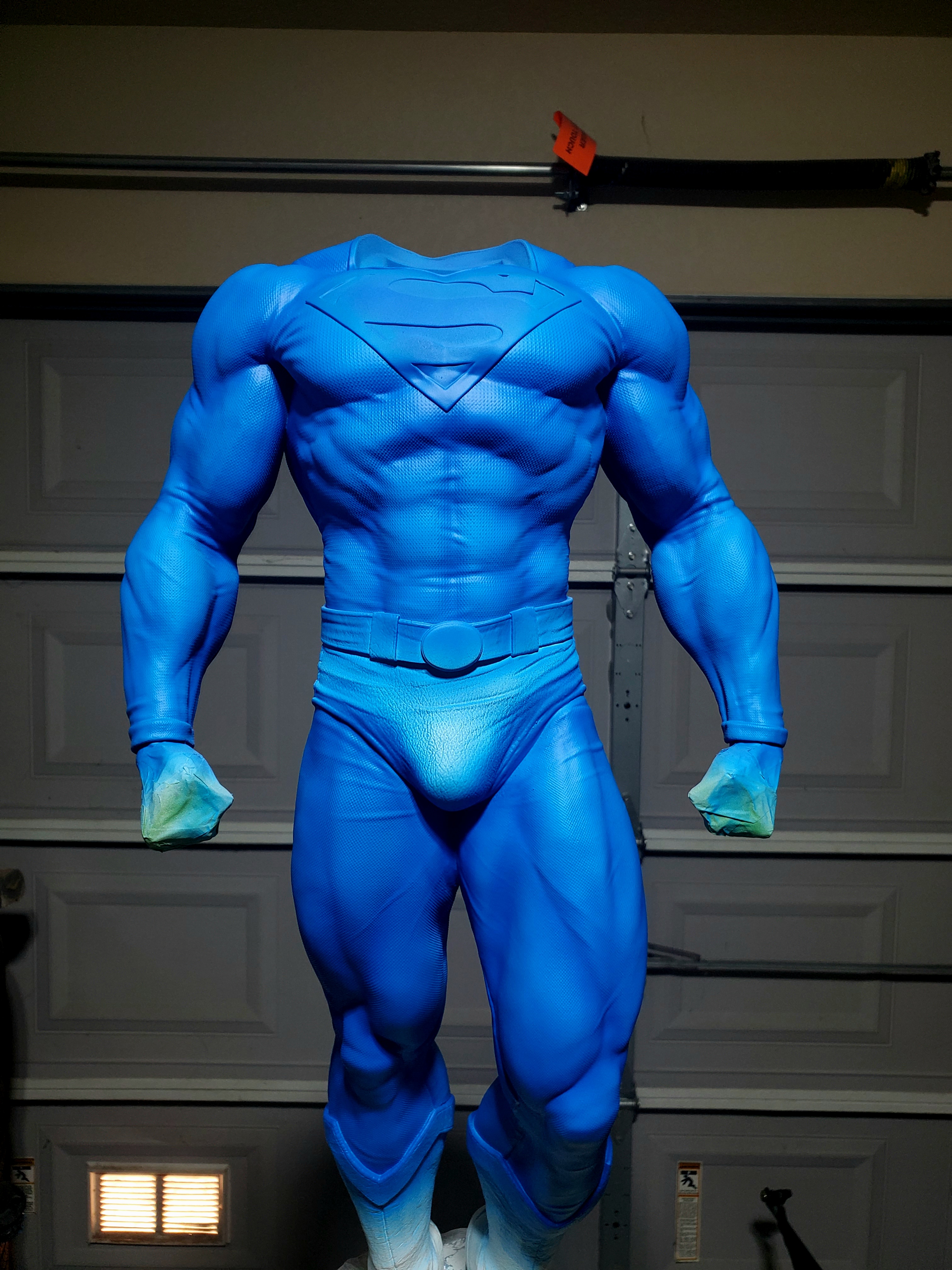 this is where I'm at for now. Next I'll be doing some masking so I can prepare for the boots, undies, belt and the "S".

I'll be posting updated pics as the project progresses.

Masked and ready to paint the belt and "S" background. Kinda went overboard with the masking tape. Excuse the lawn, i mowed it after i did the painting for today

. Oh yeah, i always move my car back down the driveway since i paint out of the garage. 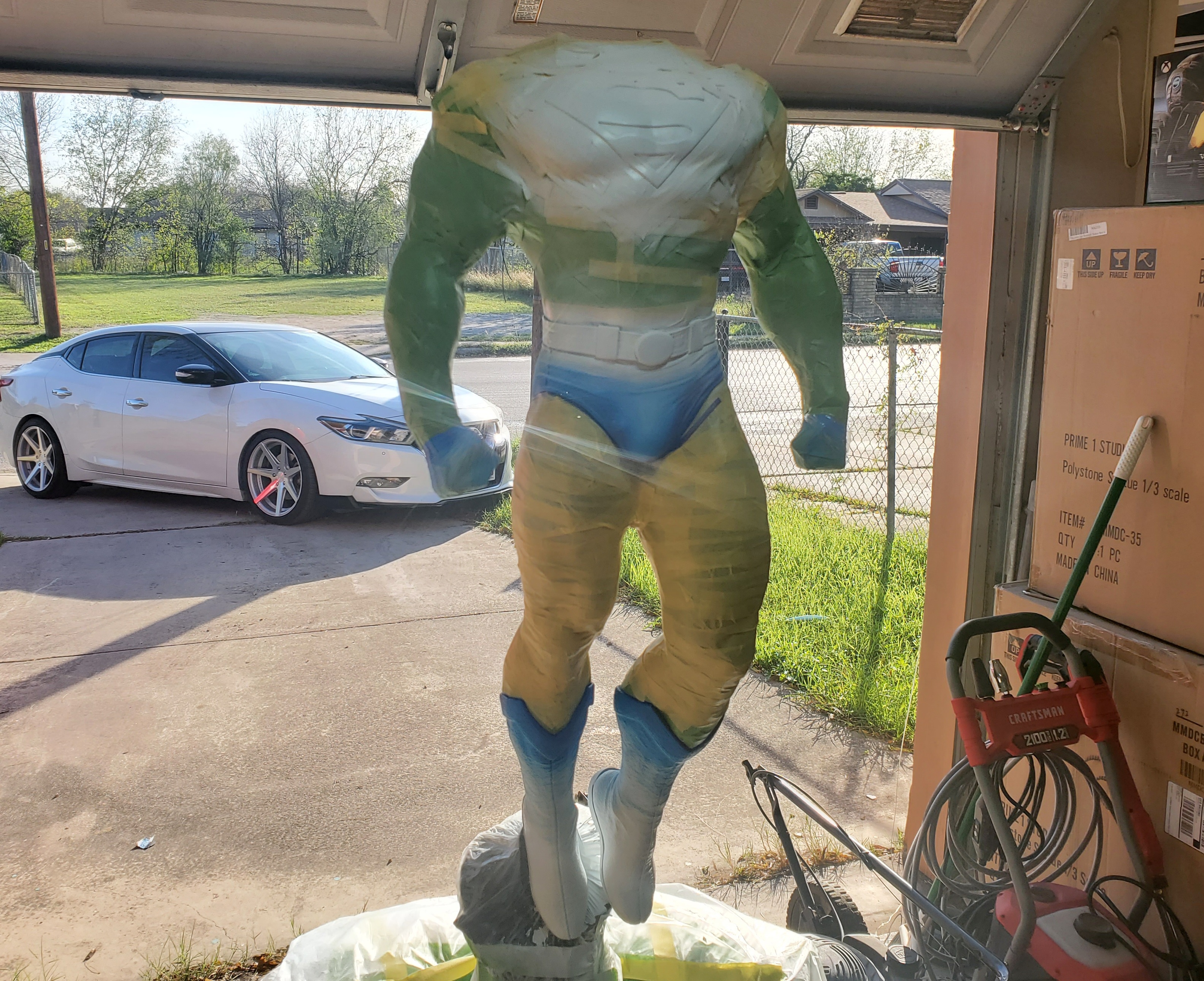 project is never fun unless you run into issues, right? Found a blemish on the "S" so it took some time to sand it down and spray fresh primer 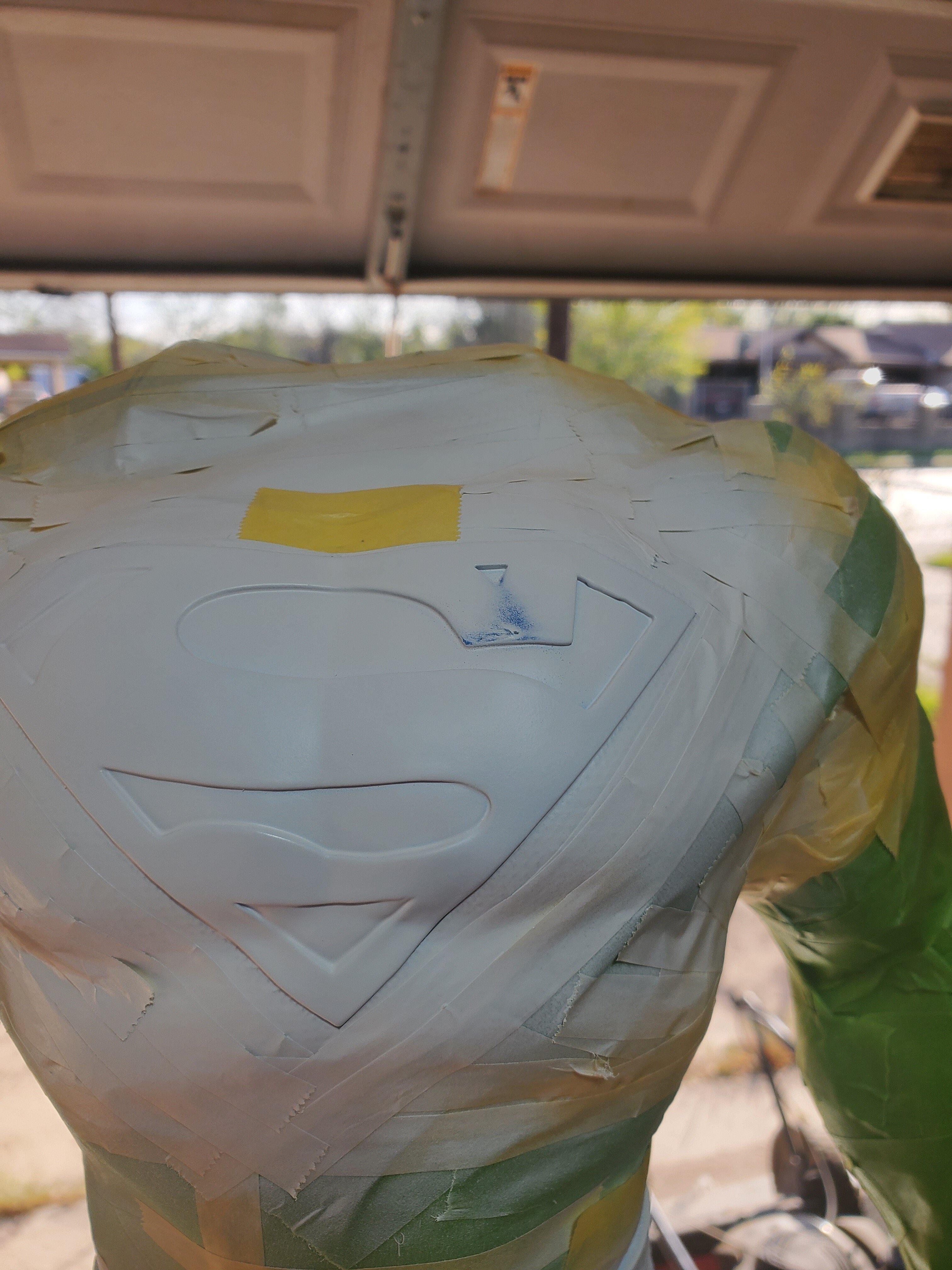 After primer dried, I sprayed orange as the undercoat and sealed with a matte clear. 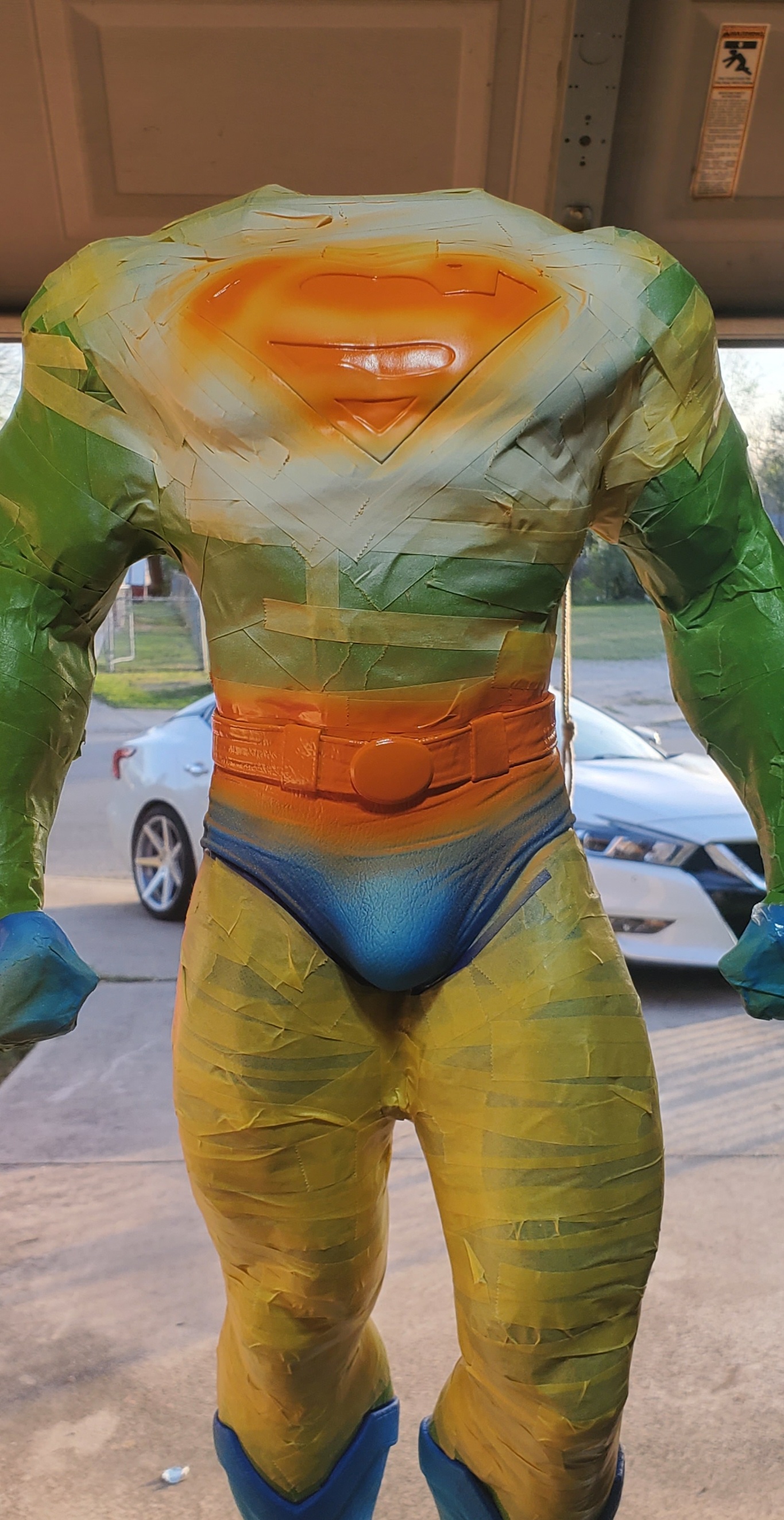 If I have time tomorrow, I'll spray the yellow basecoat and then prepare the remainder of the "S", undies and boots for the red paints.
Last edited: Dec 17, 2022

. For the record I HATE masking! I just finished masking the yellow and sprayed the undercoat layer of red and sealed with a matt clear. Next is the base red coat which will be much darker but should "pop" in contrast to the blue. Did I mention I freaking HATE masking?

... Almost done. Just have to finish adding the red base coat, unmask the entire statue, finish up the shadows/highlights and small touch ups here and there(hopefully nothing major) 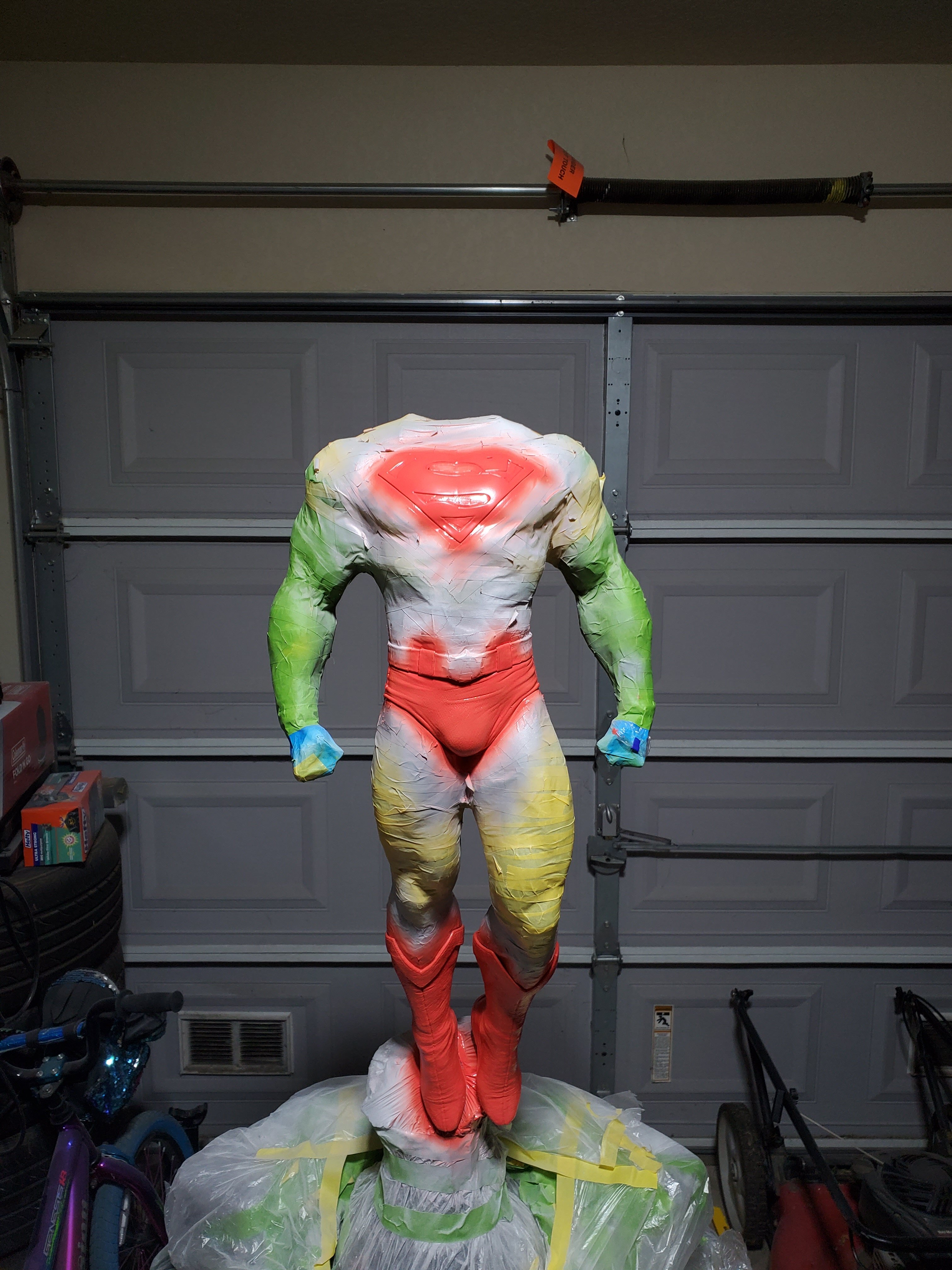 Today I did the red base coat the added the shadows to the "S", undies and boots. I then sprayed a thin layer of red basecoat to blend the highlights and shadows. Then I sealed with a matt clear coat. Next Ill unmask this big boy and finish up the small touch ups. 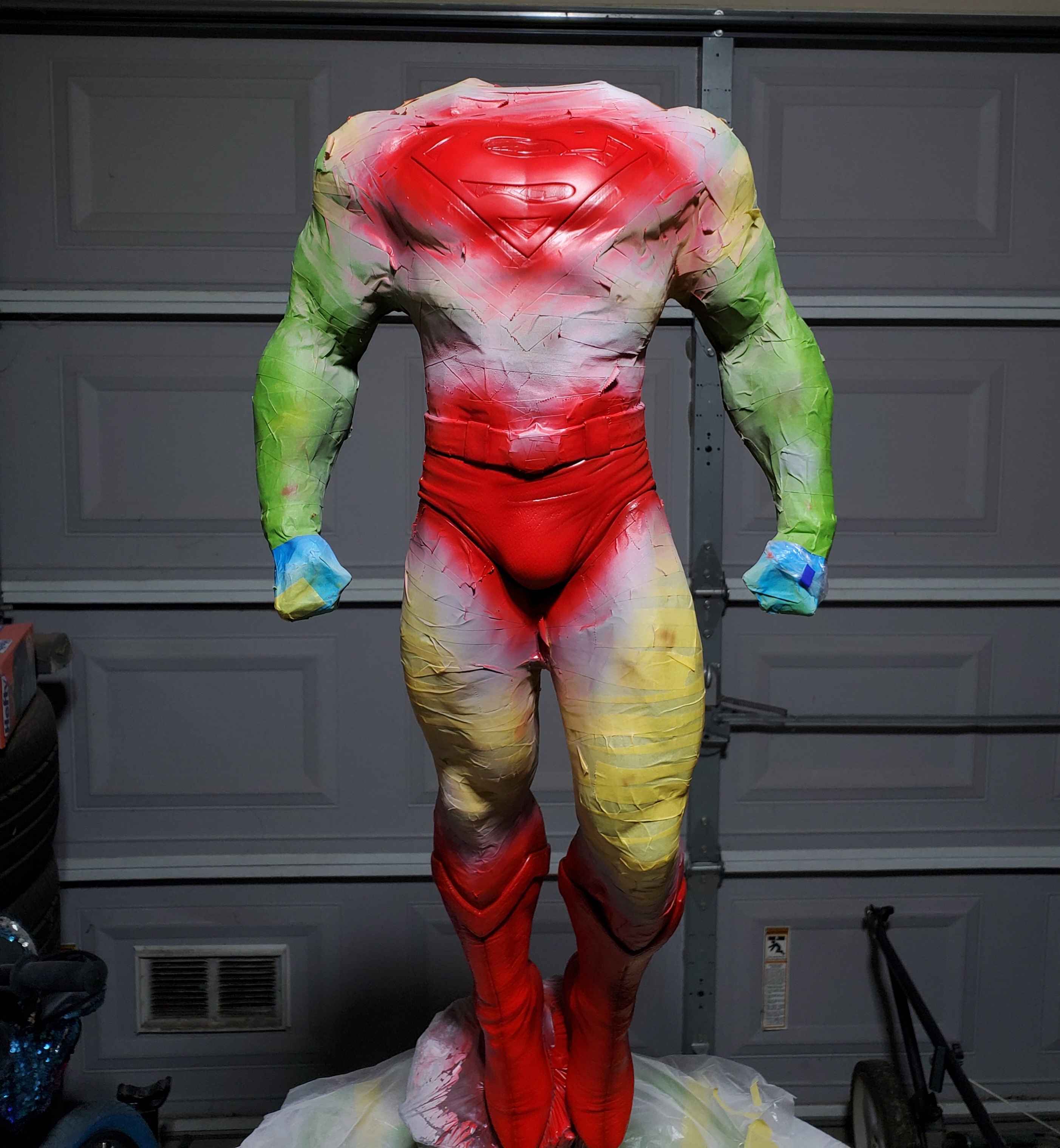 Here are a few pics of the statue after I removed all the masking tape. I haven't done any of the touch ups yet so it's still a WIP but this is pretty much the final result of how my custom repaint will turn out which I'm really happy with 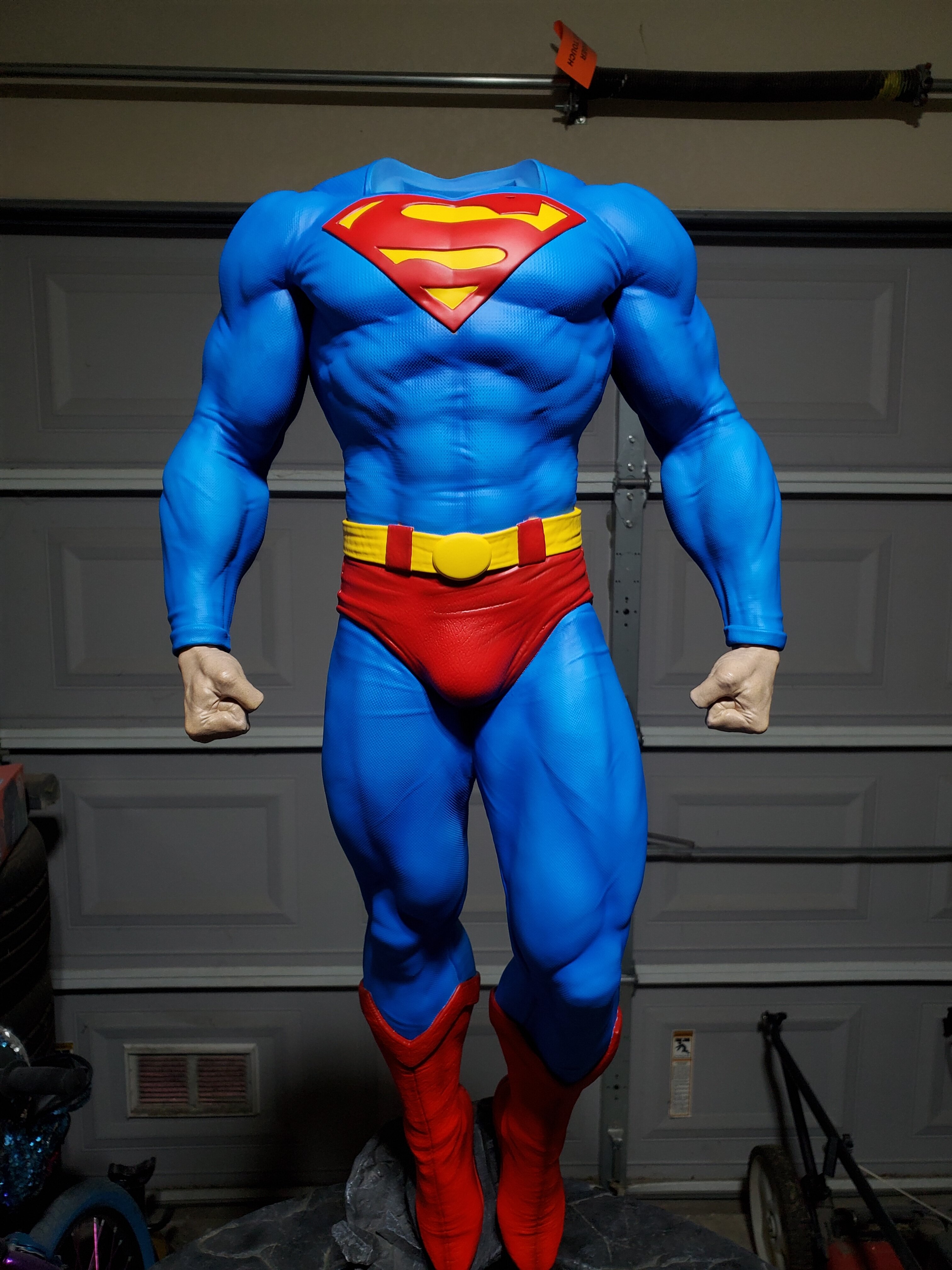 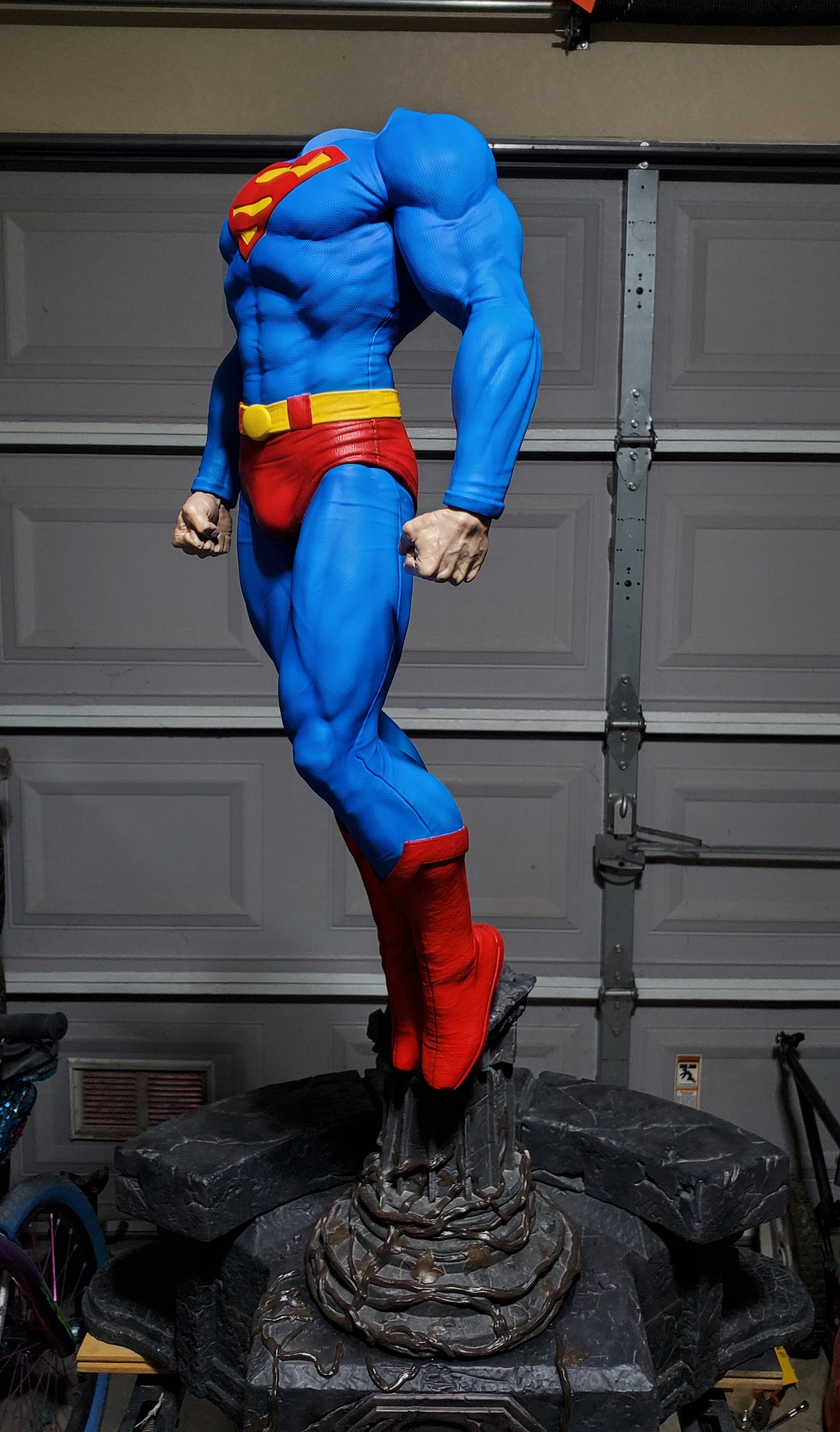 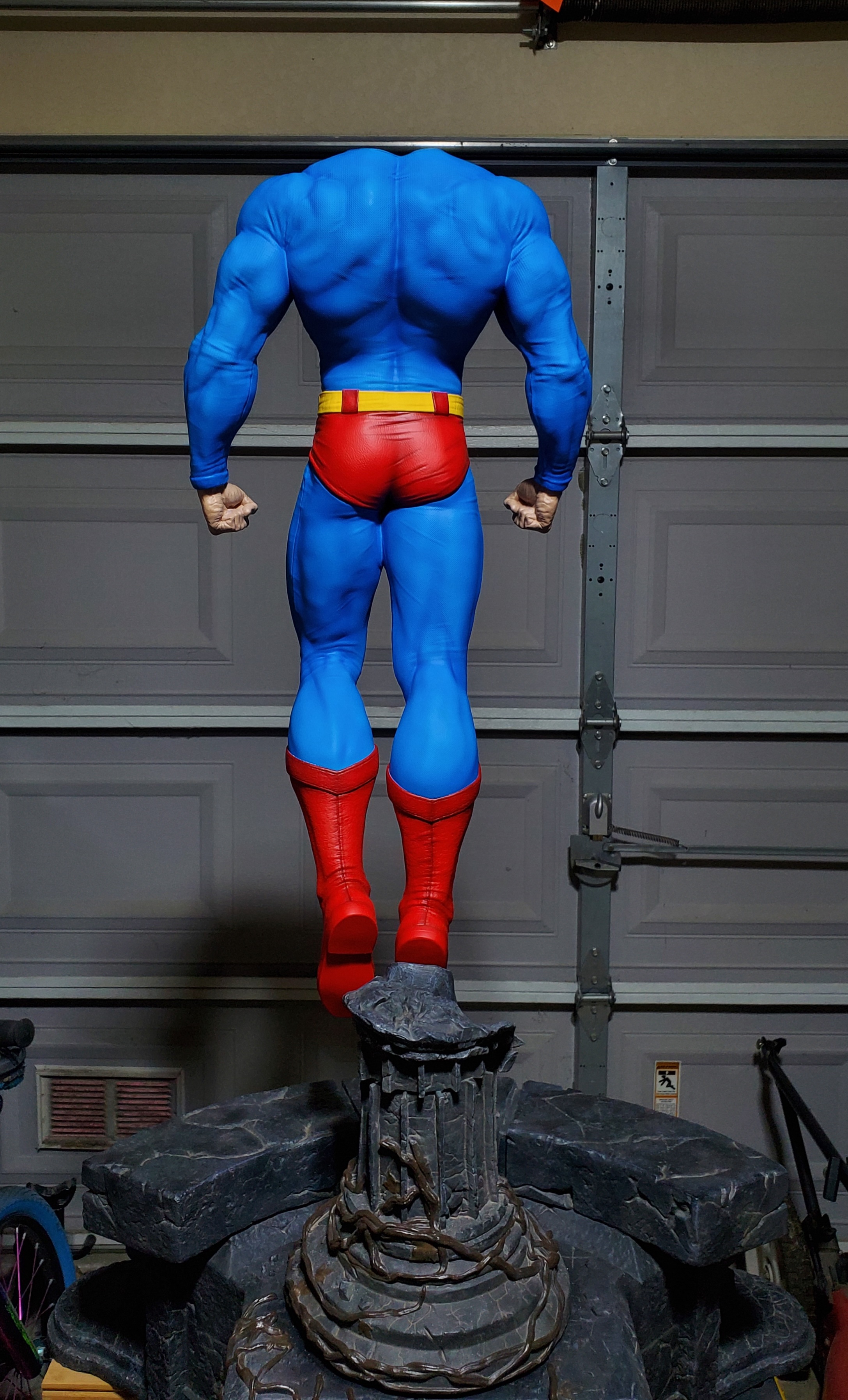 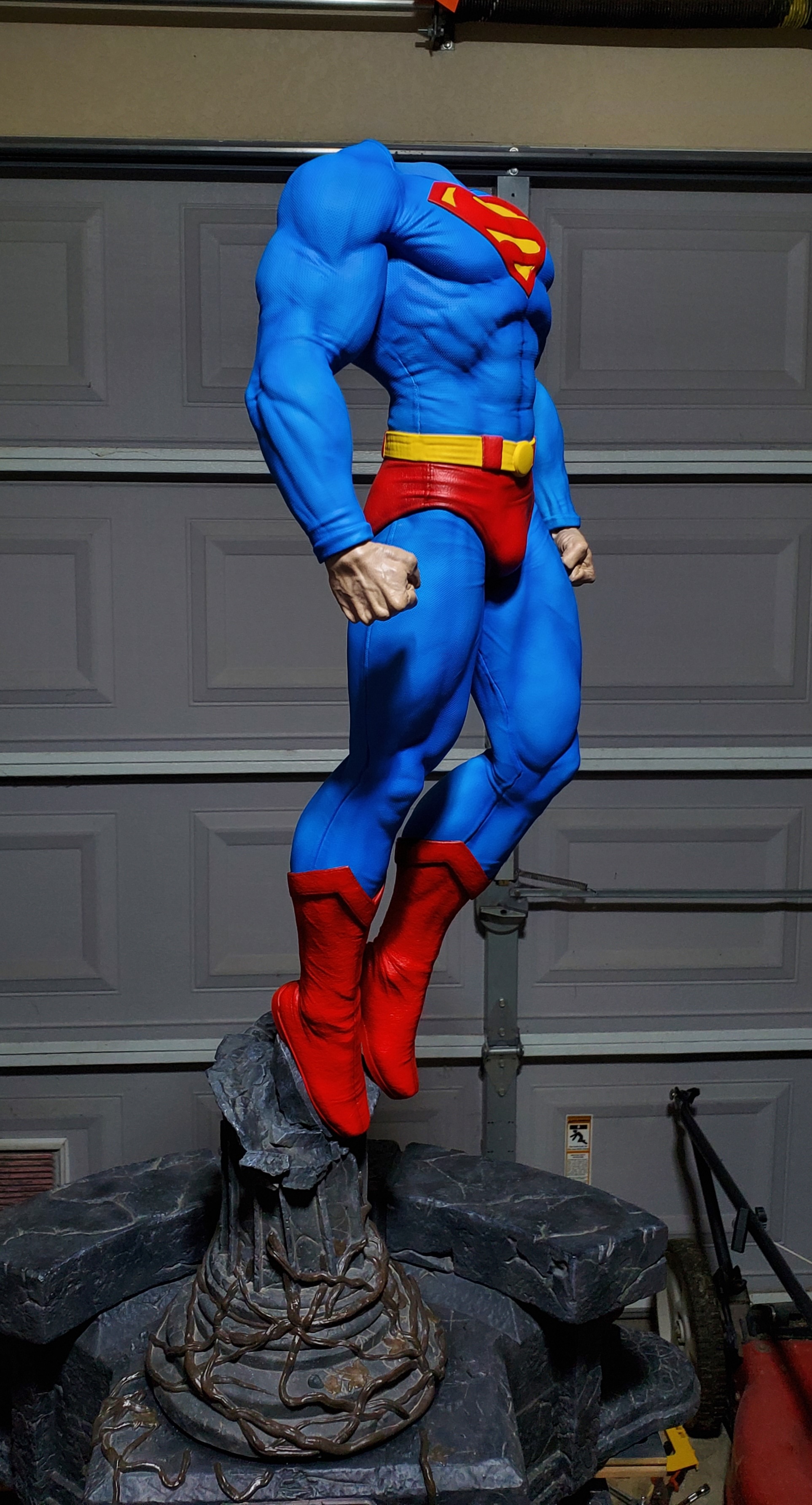 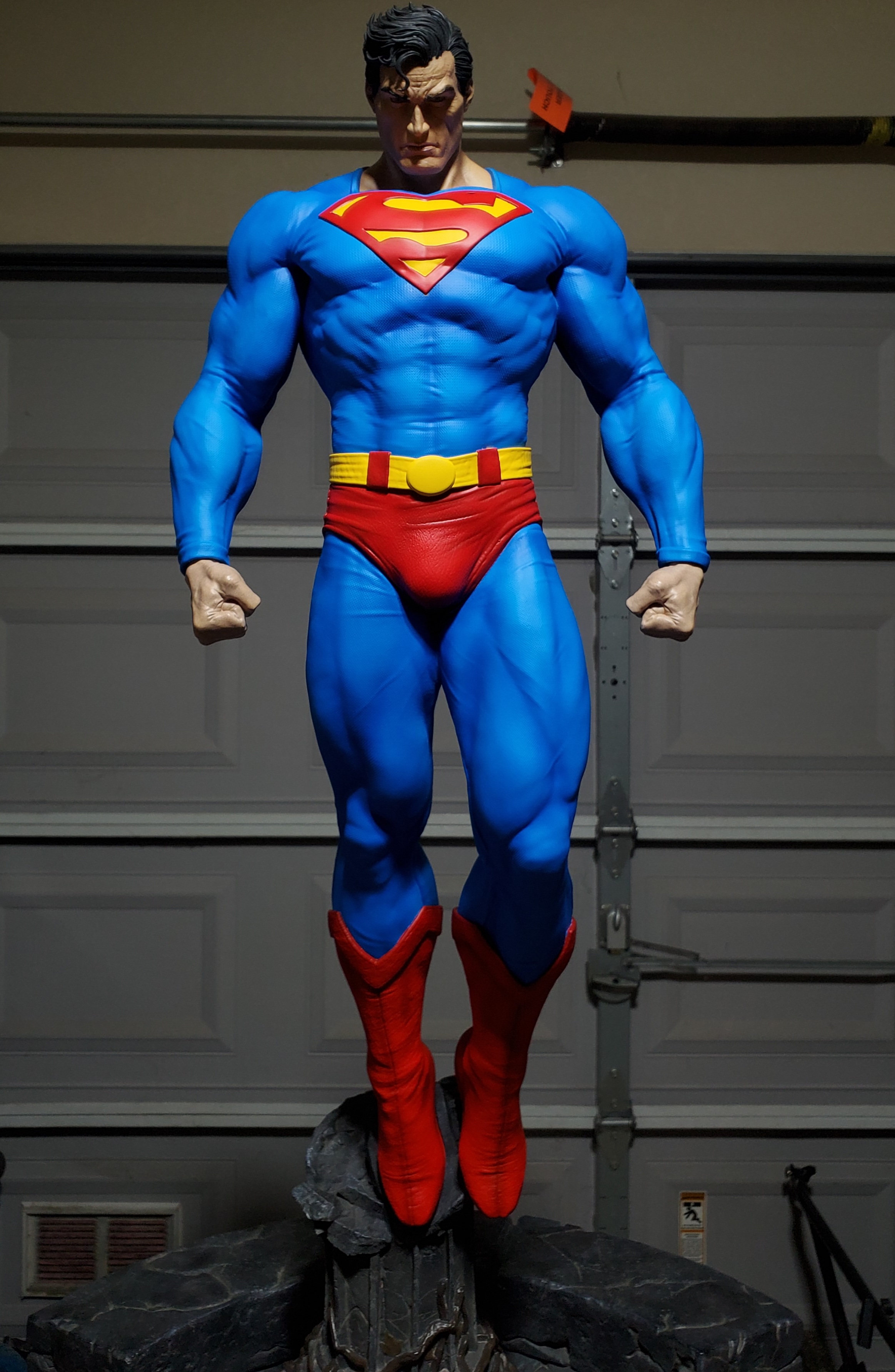 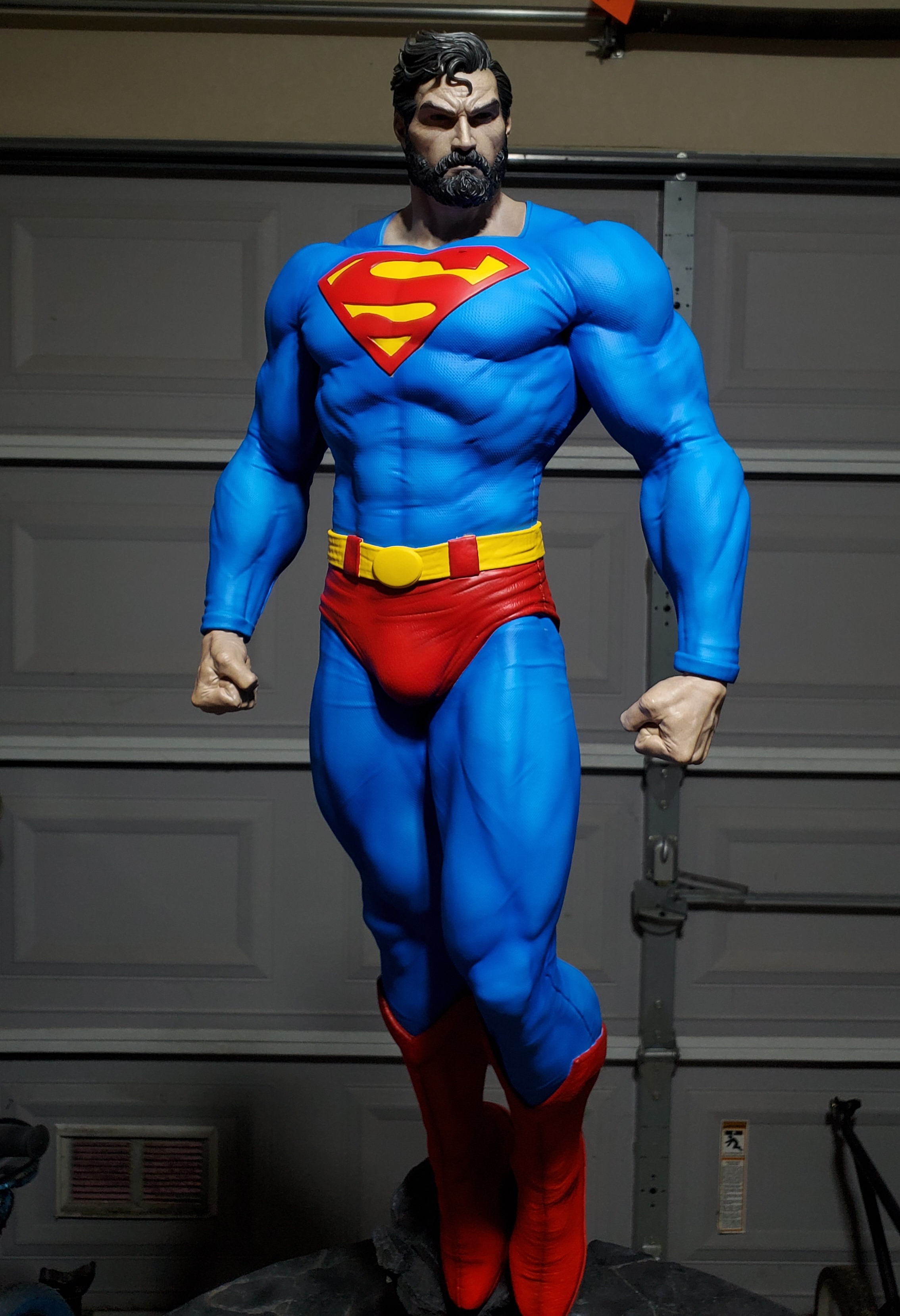