McHaleyArt said:
W.I.P.
This started off as a custom Death Watch Mando and took a turn.
I like the Mandalorian chest armor, rather than Fett’s standard armor for the animation look. Still a lot to do,
View attachment 588299 View attachment 588300
Click to expand... 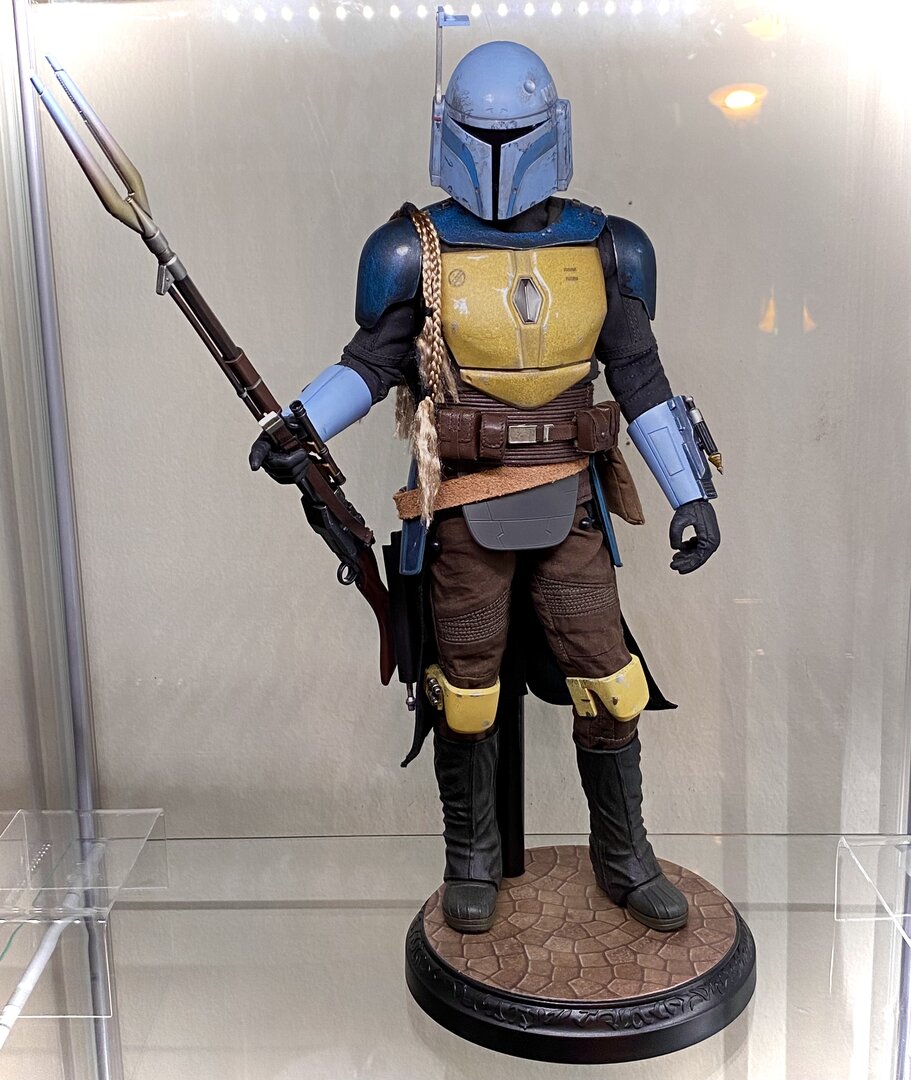 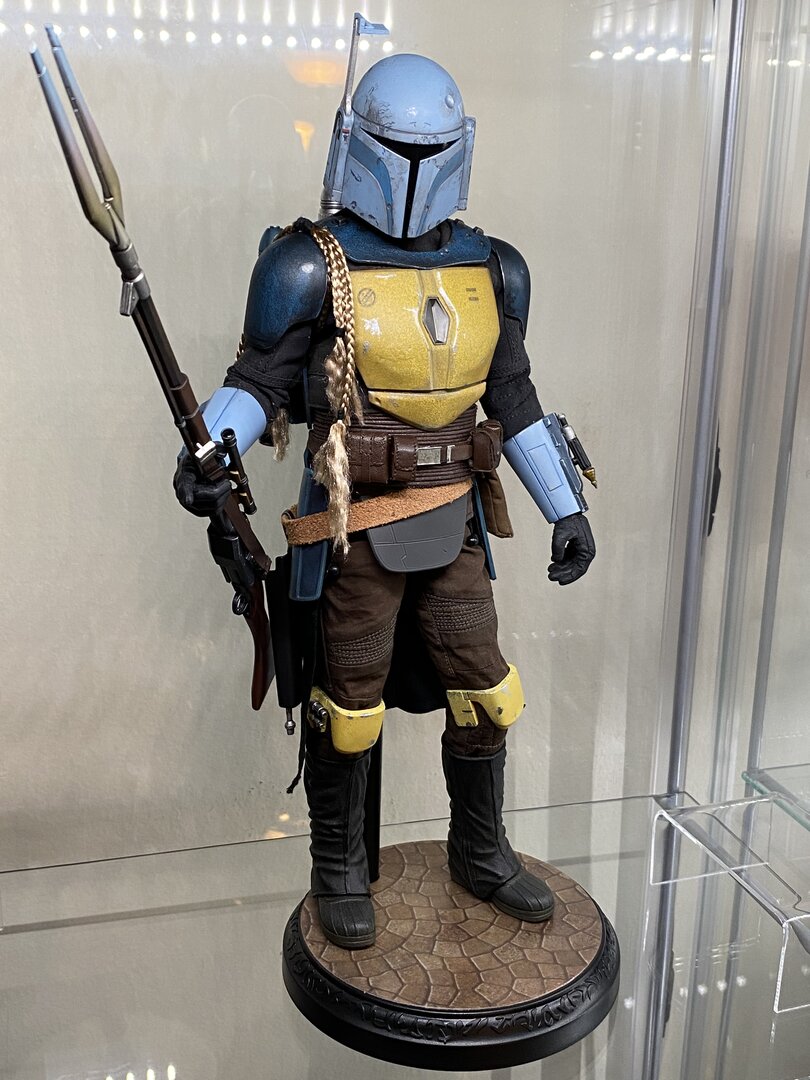 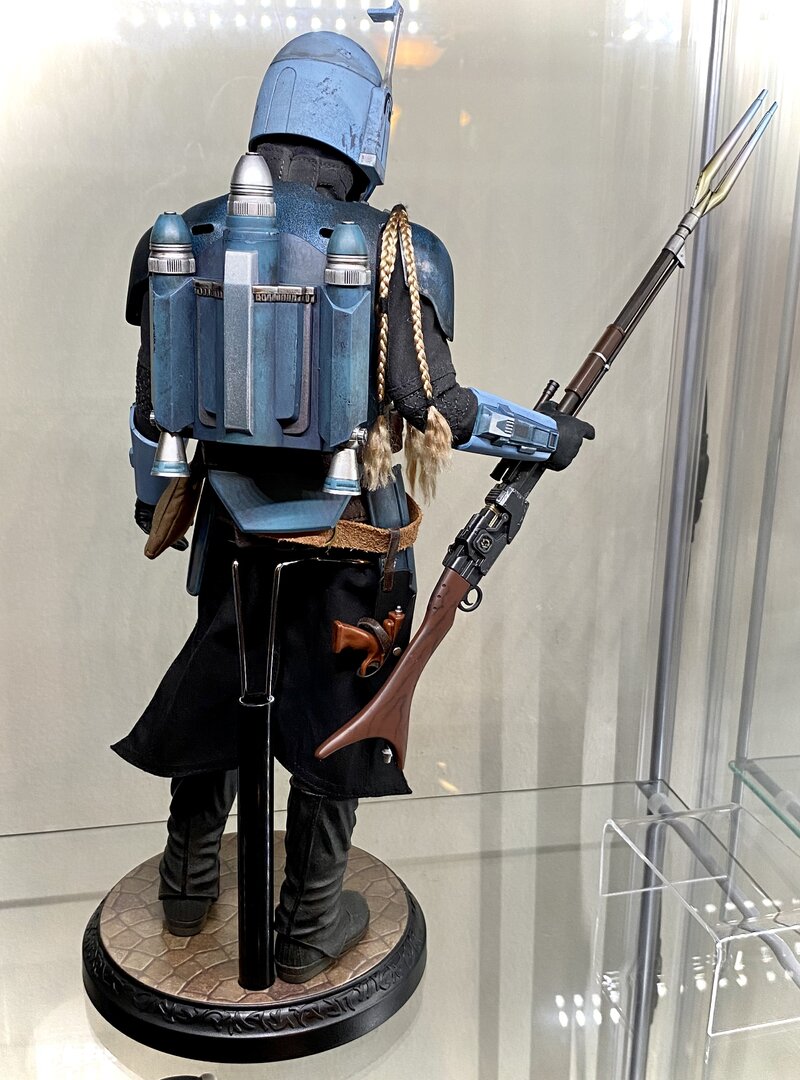 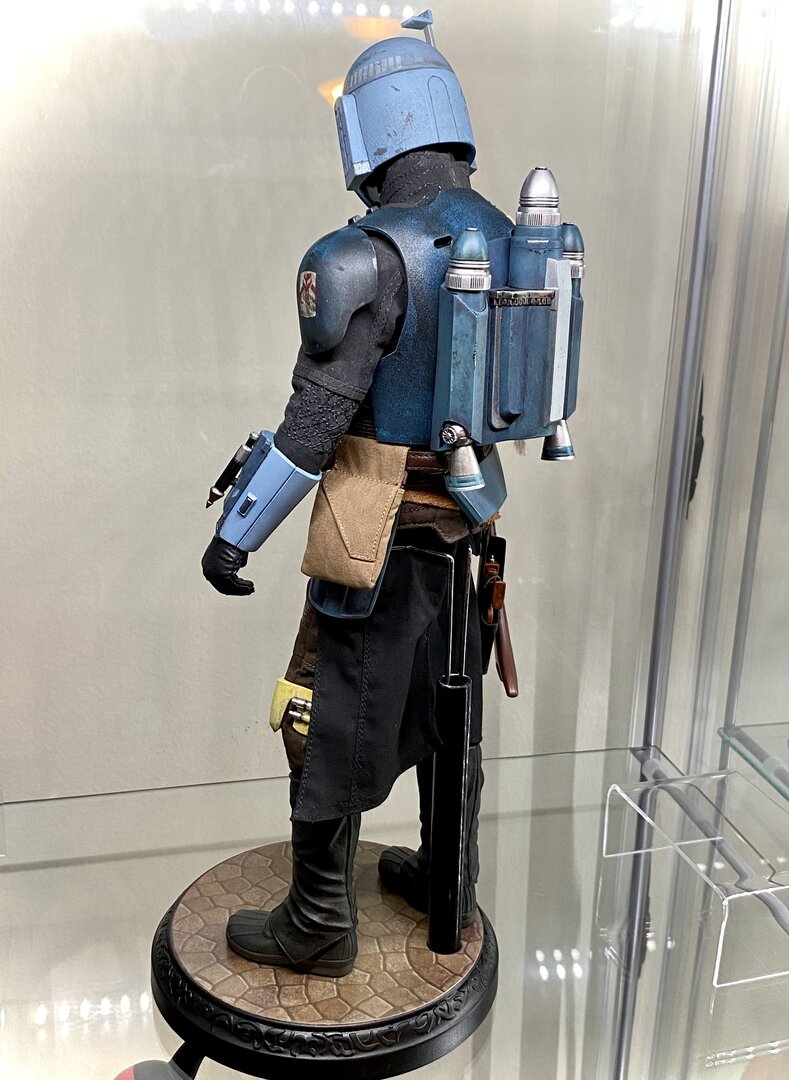 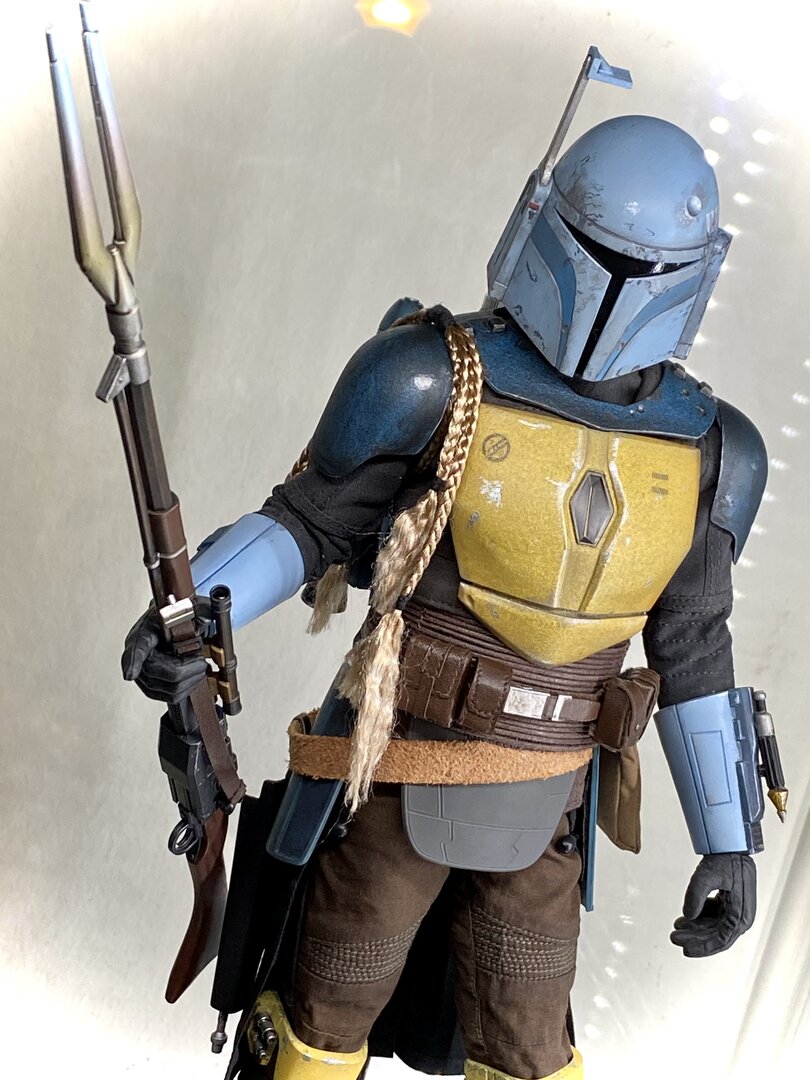 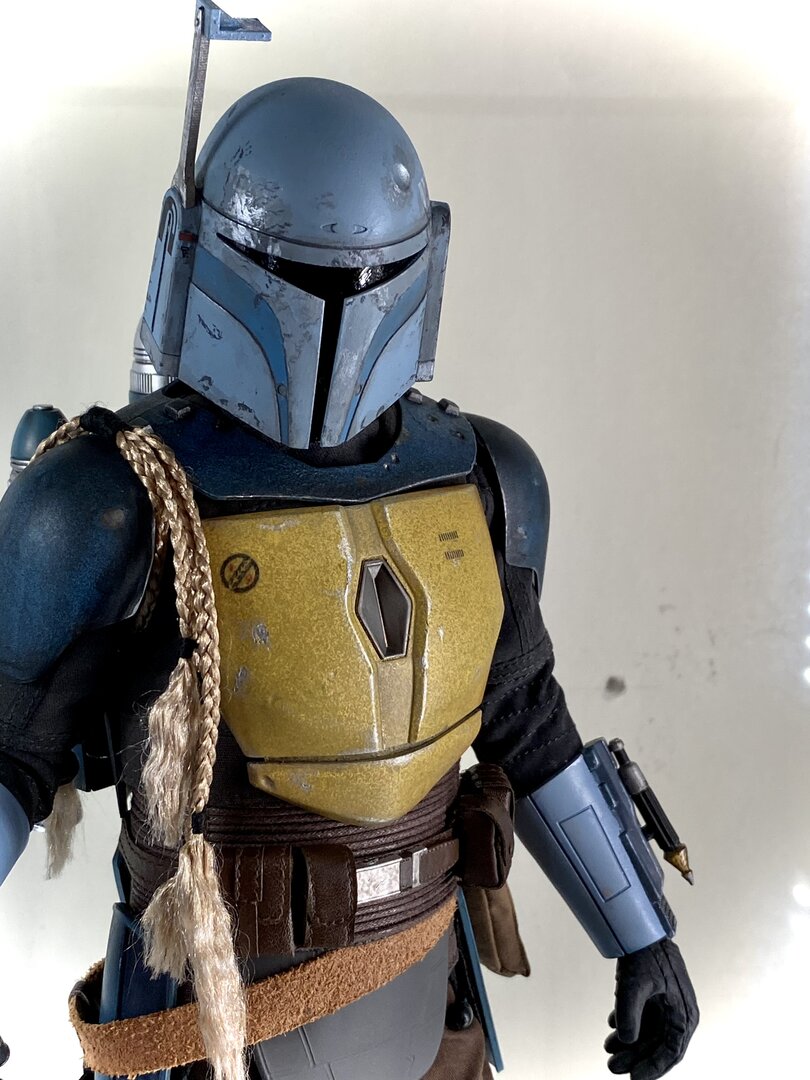 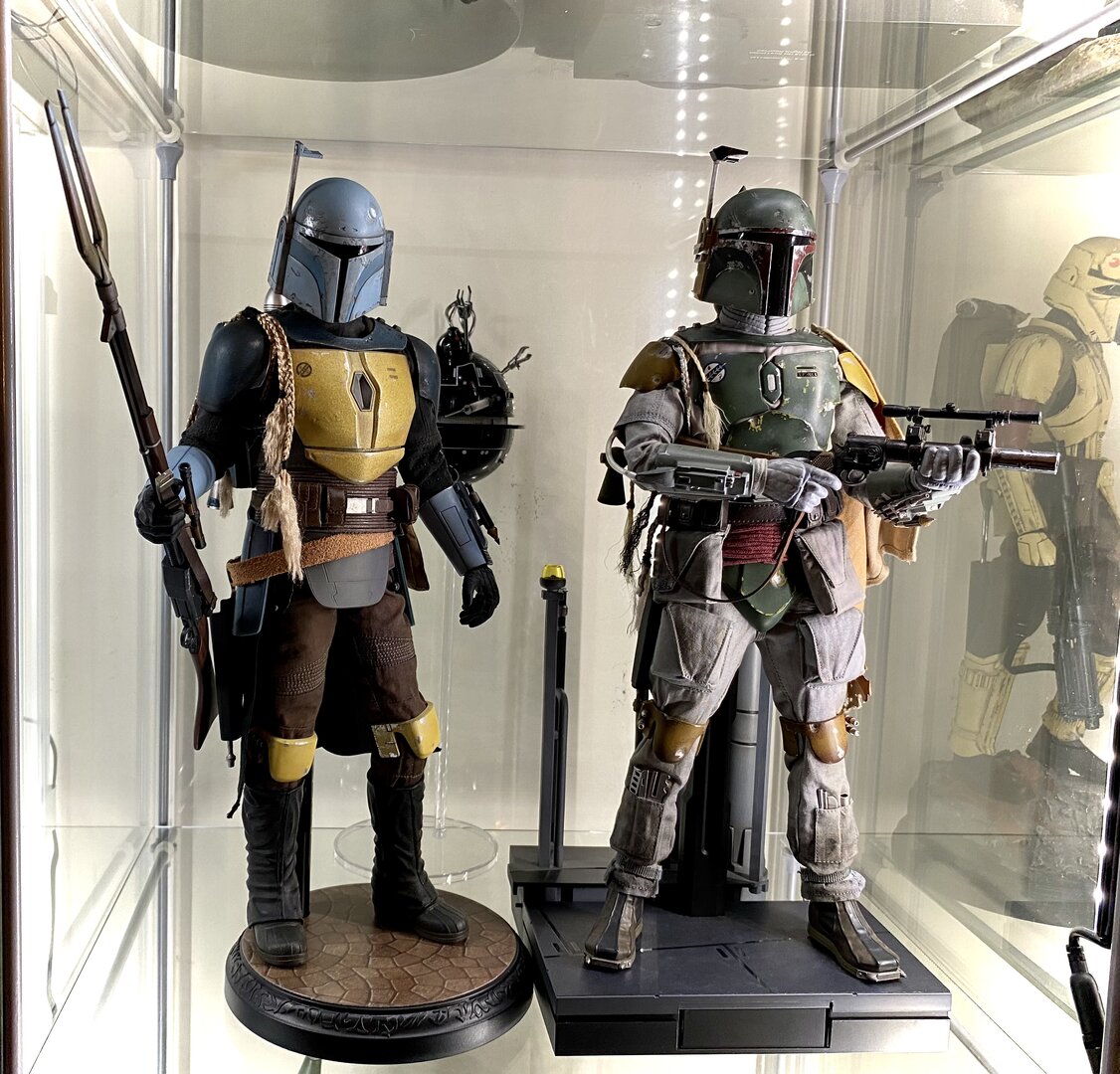 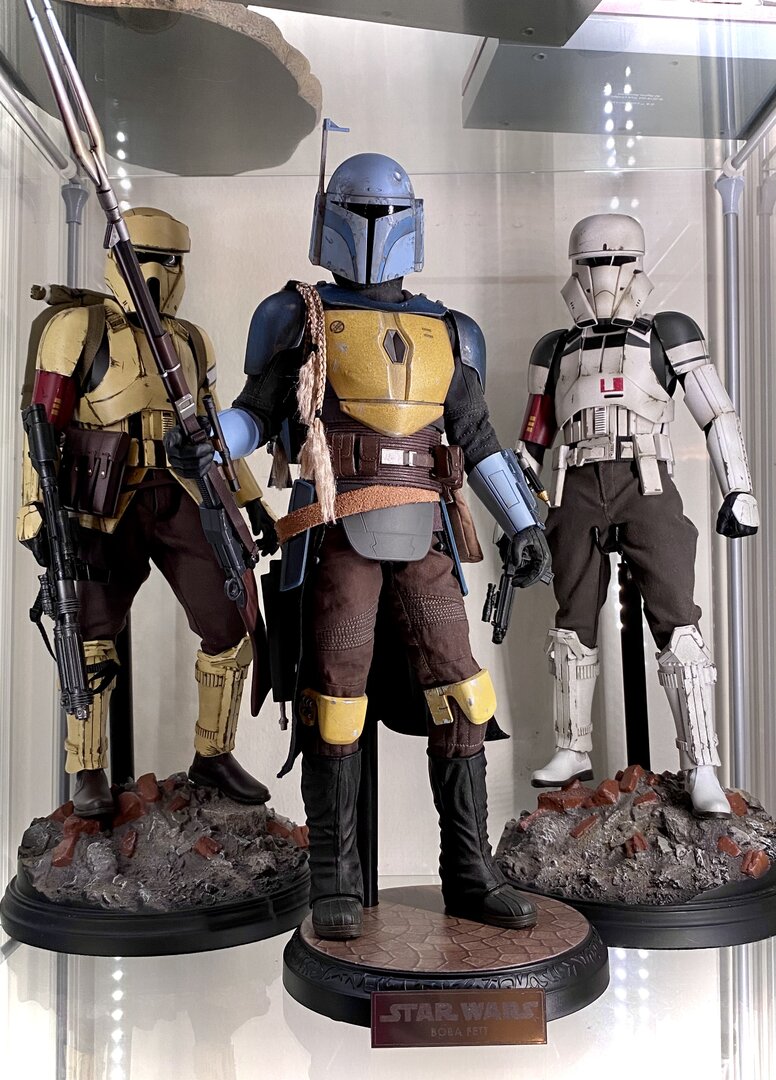 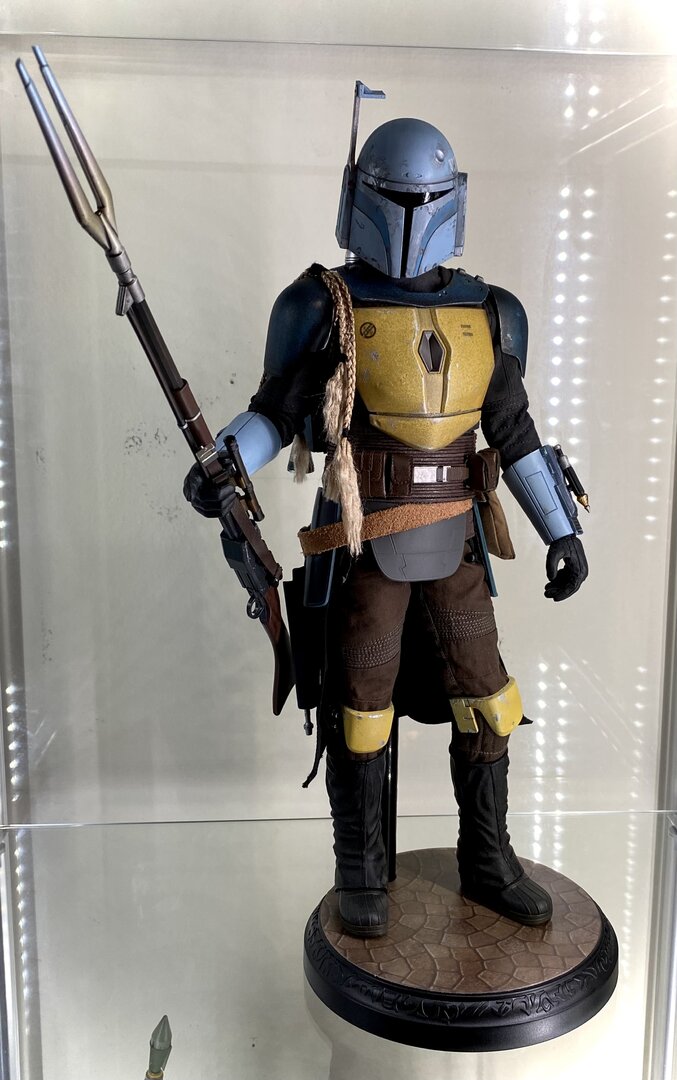 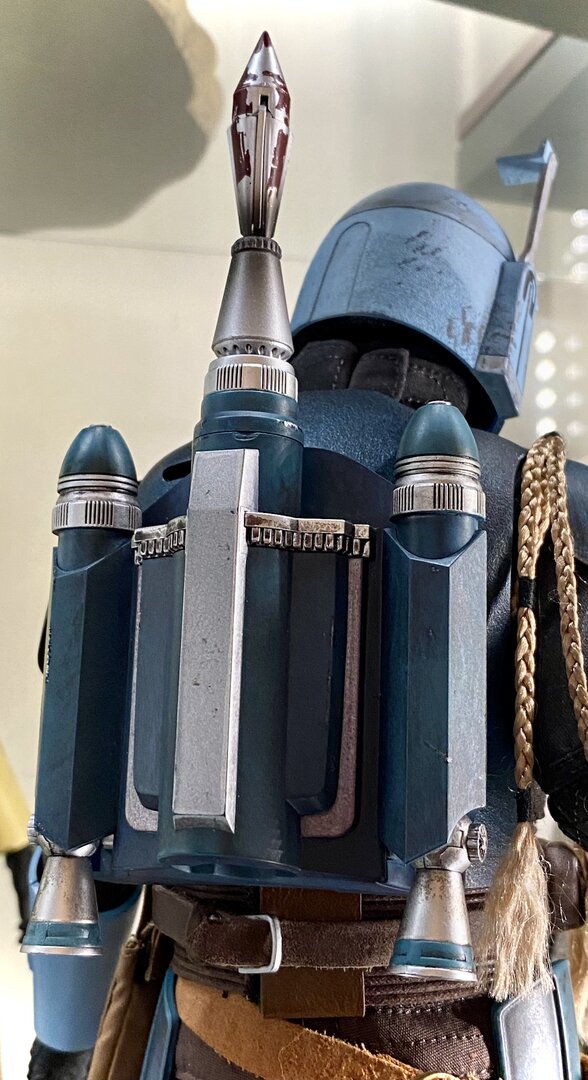 That's way too cool! How'd you do the mottling on the yellow chest piece? Gives it a really cool realistic effect.

After the base coat, I hit it with a little airbrush over spray, then go back in with a wash (mix of matt varnish, paint and just a little water.
Last edited: Jul 16, 2022

Your Kenner and animated Bobas were what HT should have done.

TaliBane said:
Your Kenner and animated Bobas were what HT should have done.

I wish! Would have saved me a lot of work!

Why not add some Apoxie Sculpt to the inside of the helmet, if you want to add heft? I hear ya about the thinness of some 3D printed stuff.

Ramatuelle said:
Why not add some Apoxie Sculpt to the inside of the helmet, if you want to add heft? I hear ya about the thinness of some 3D printed stuff.
Click to expand...

Yep. I could do that.

Another great Mandalorian. Love the creativity behind this one.

Time for another Fett Body Mod tutorial. As I don’t always have the same parts and I like to source from what I already have, I’ll Frankenstein together something similar for my other Bobas. The main goal with Fett is to add some height in the waist area, making more room between the cod piece and the chest armor. You want that chest armor to ride high (like a Bantha).
-VTS chest rig and arms. If you want the chest armor to hang in a looser fashion, just use the neck and shoulder blade portion of the rubber top. Cut away the rest (I did this on my prepro1 and ESB).
-Replaced the VTS neck peg with a modified (to fit) HT peg, inner HT neck and peg. This lowers the neck a little and the stock VTS can make the Helmet sit to high. Cut some length from the top of the rubber neck.
-HT wider waist/groin. The HT waist peg allows the VTS chest rig to plug in perfectly. This is where the height is added in the middle.
-Boba Fett legs (any of the OT Fetts). Replace the ankle pegs one size up from the short stock pegs.
- HT Jango padding. You can use similar padding, but I like how this particular one fills out and holds the cod piece in place.
Now you have a better proportioned Fett with increased height. 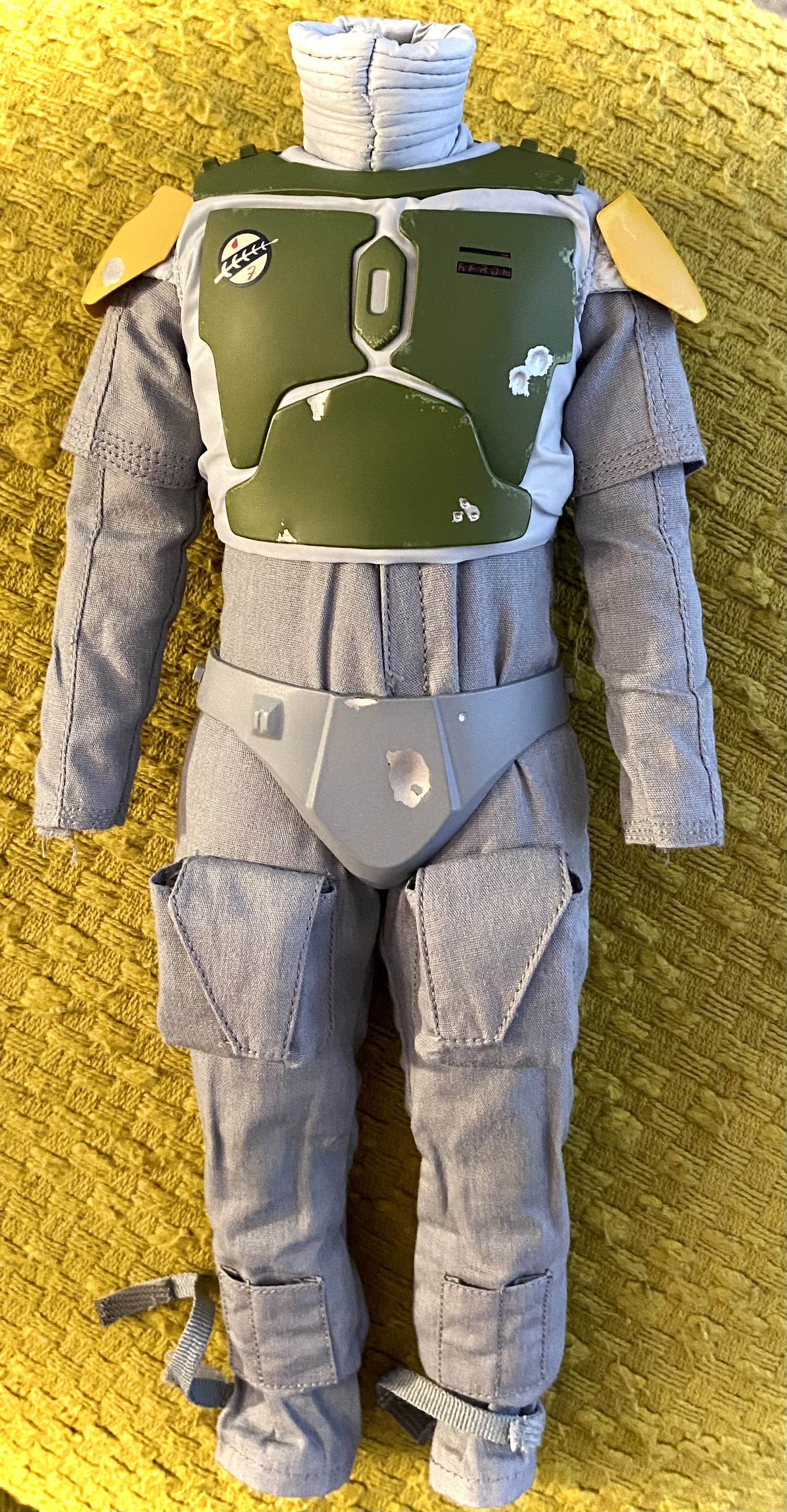 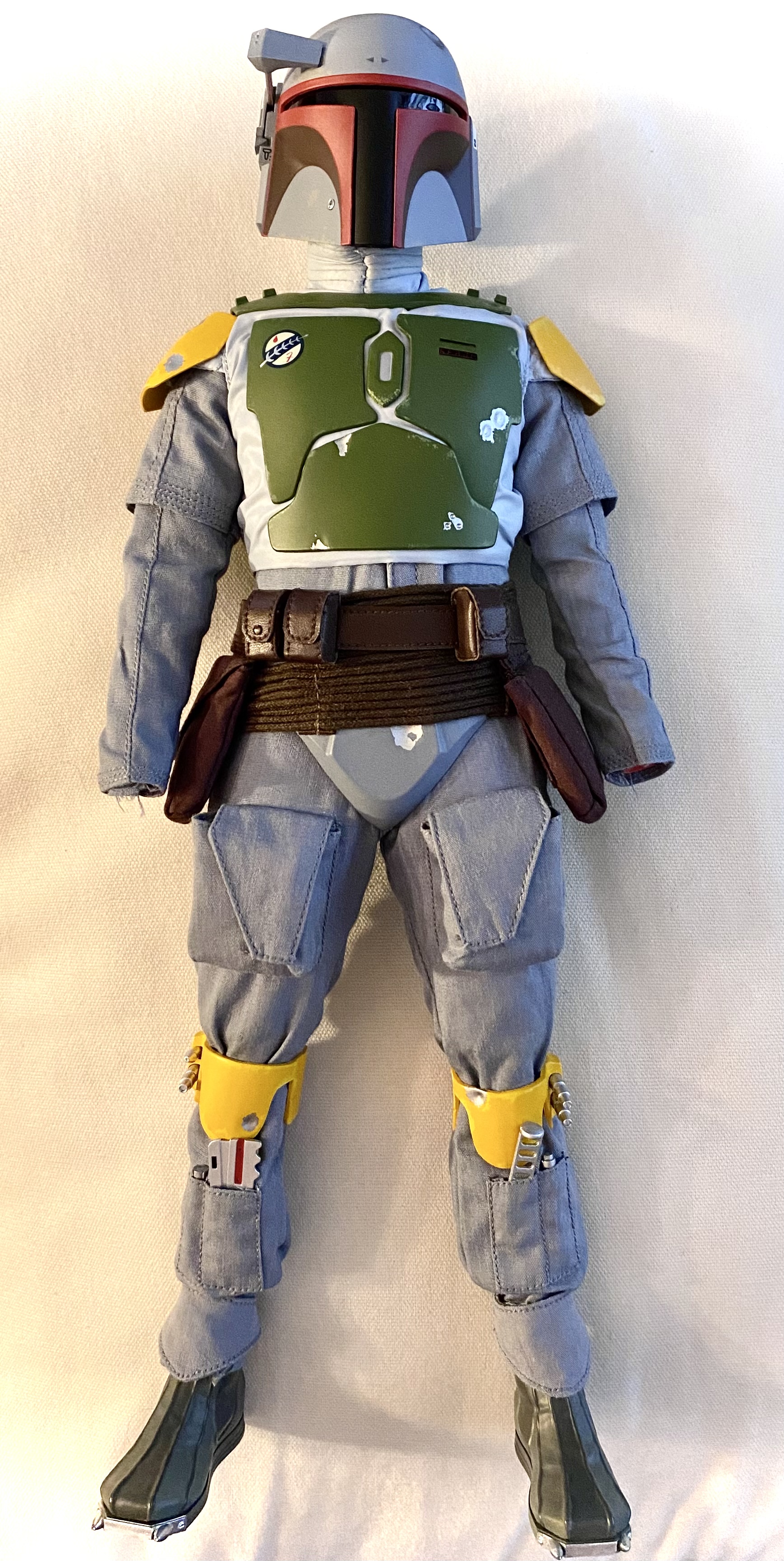 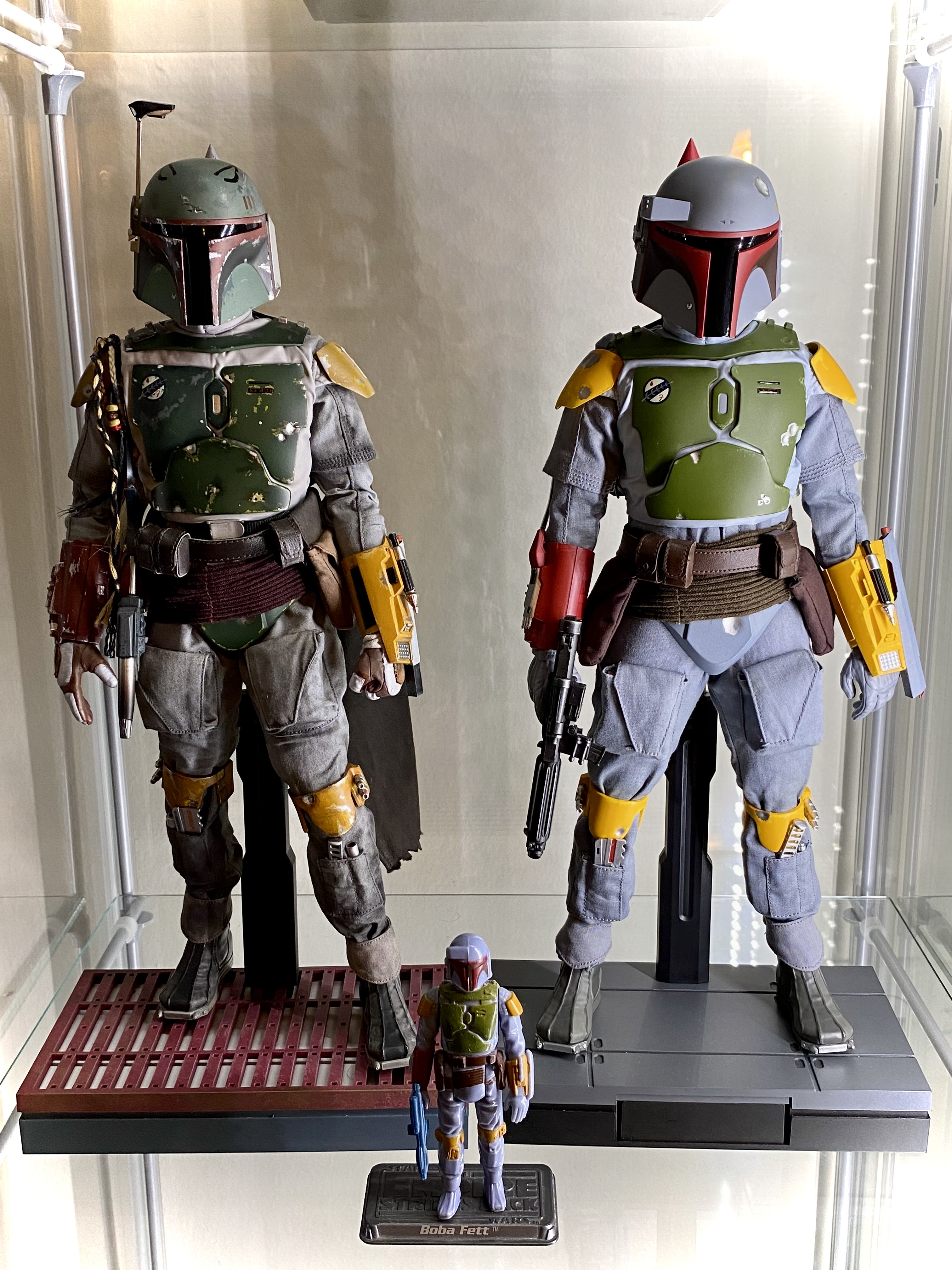 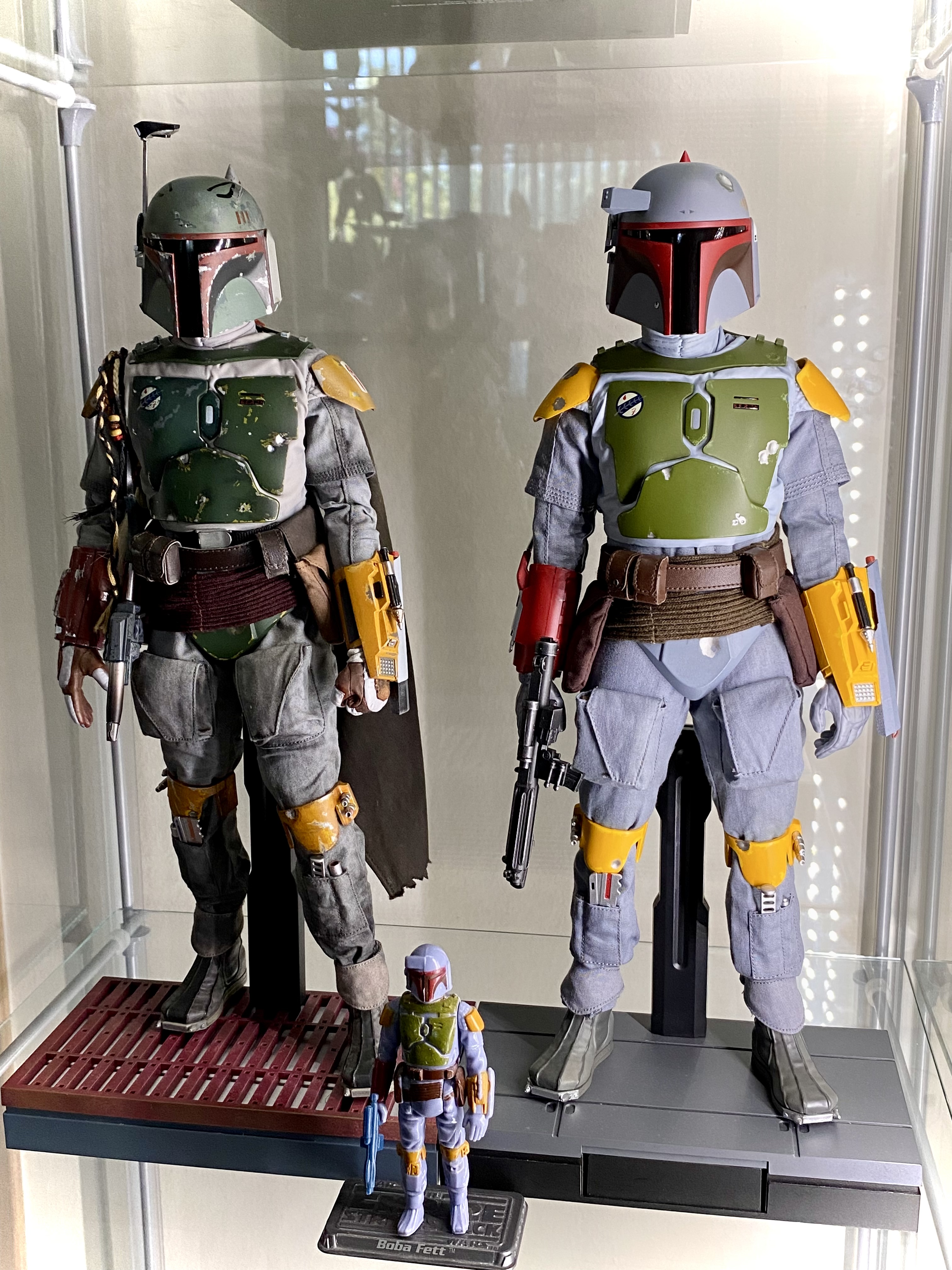 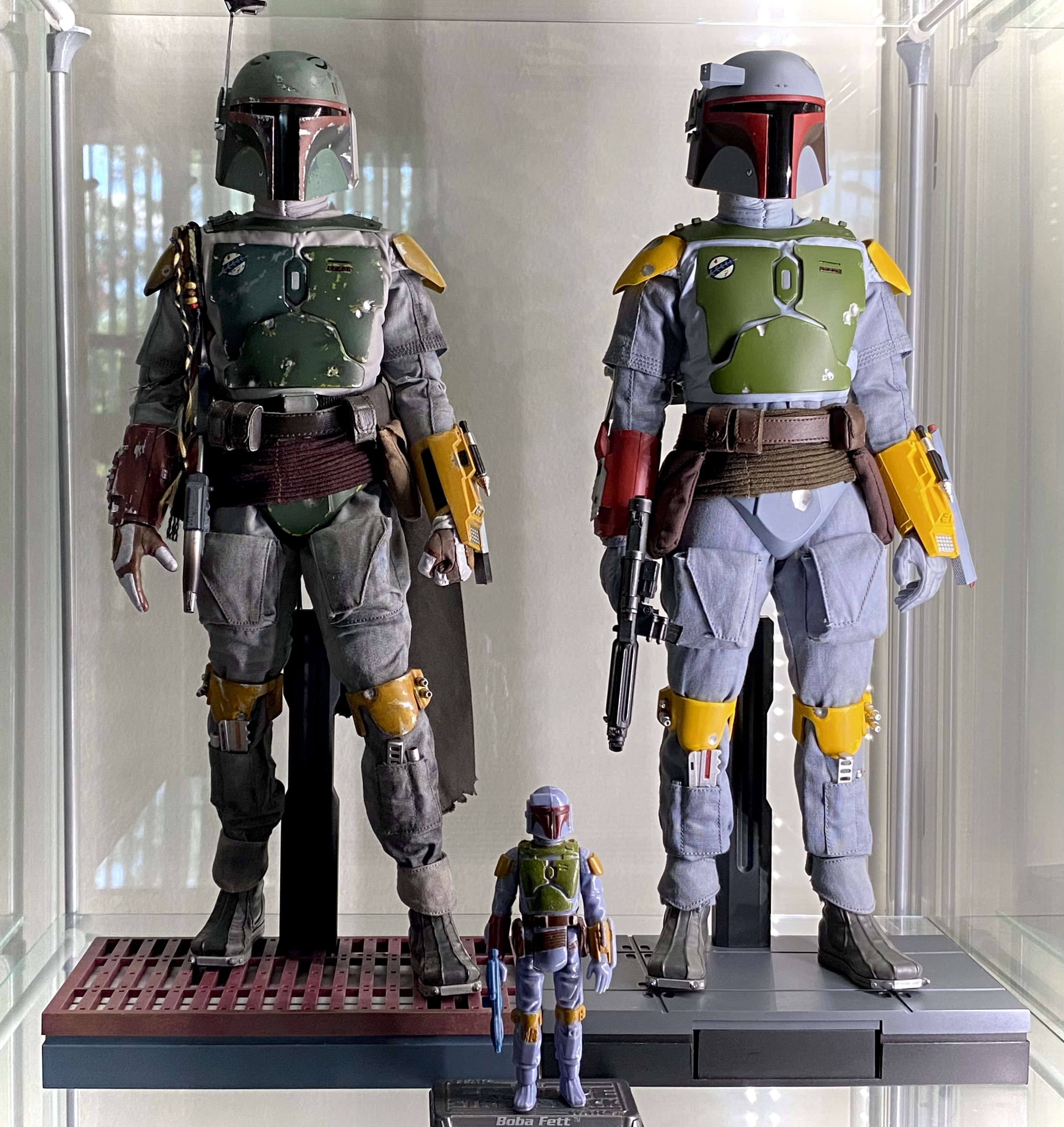 I got ahold of a loose Animated Fett rifle and thought I’d try a closer version of the classic animation style on for size. 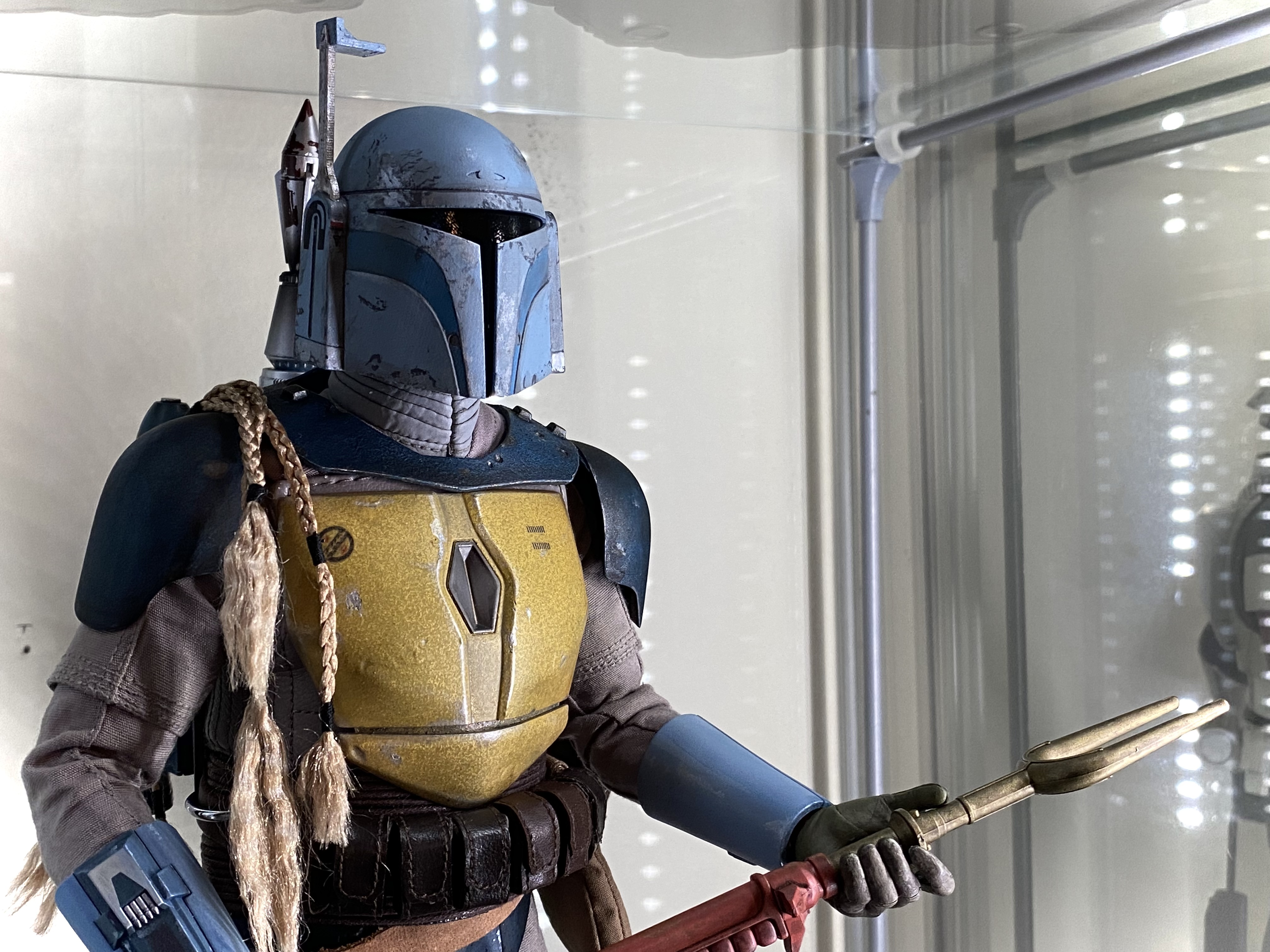 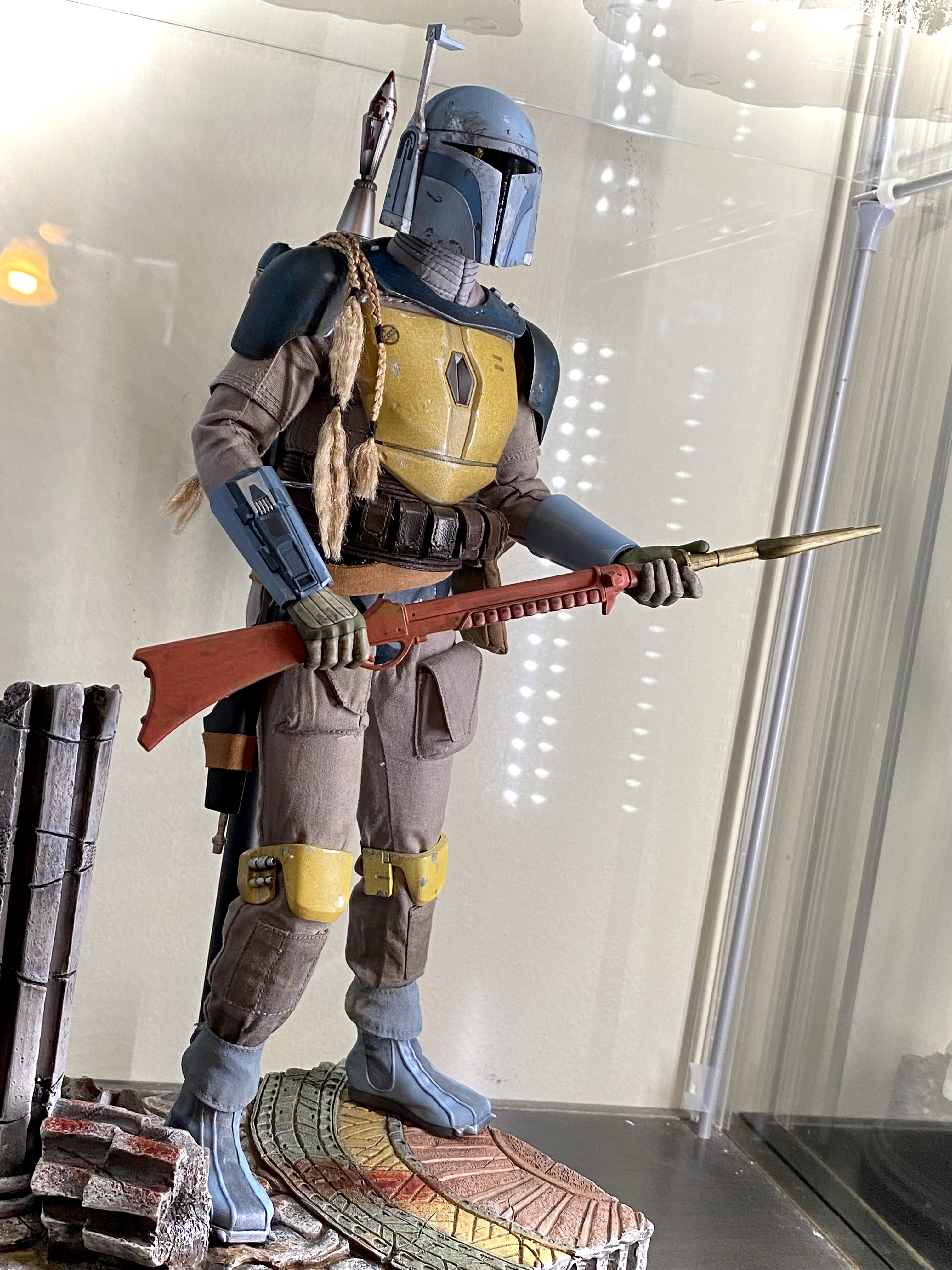 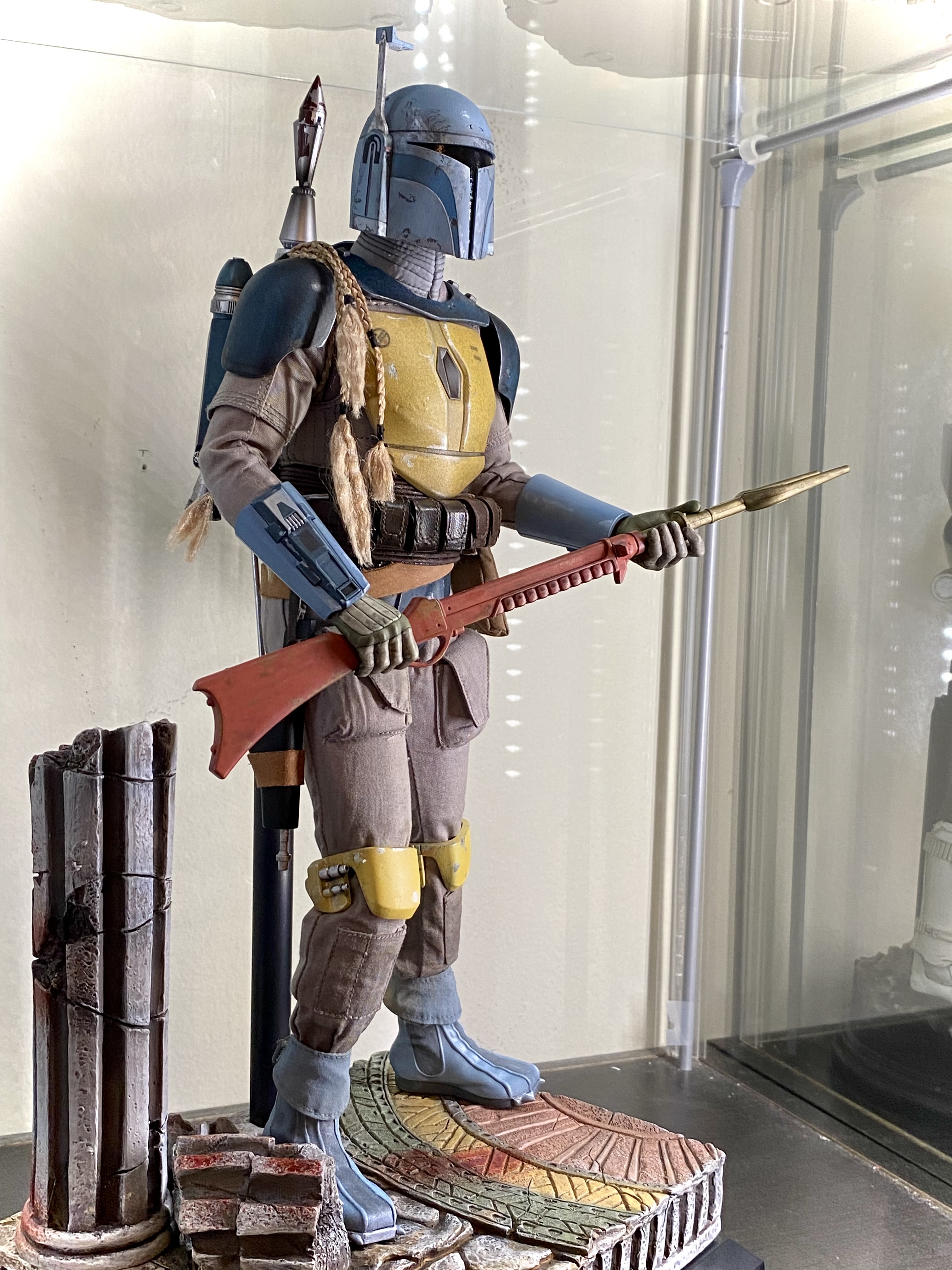 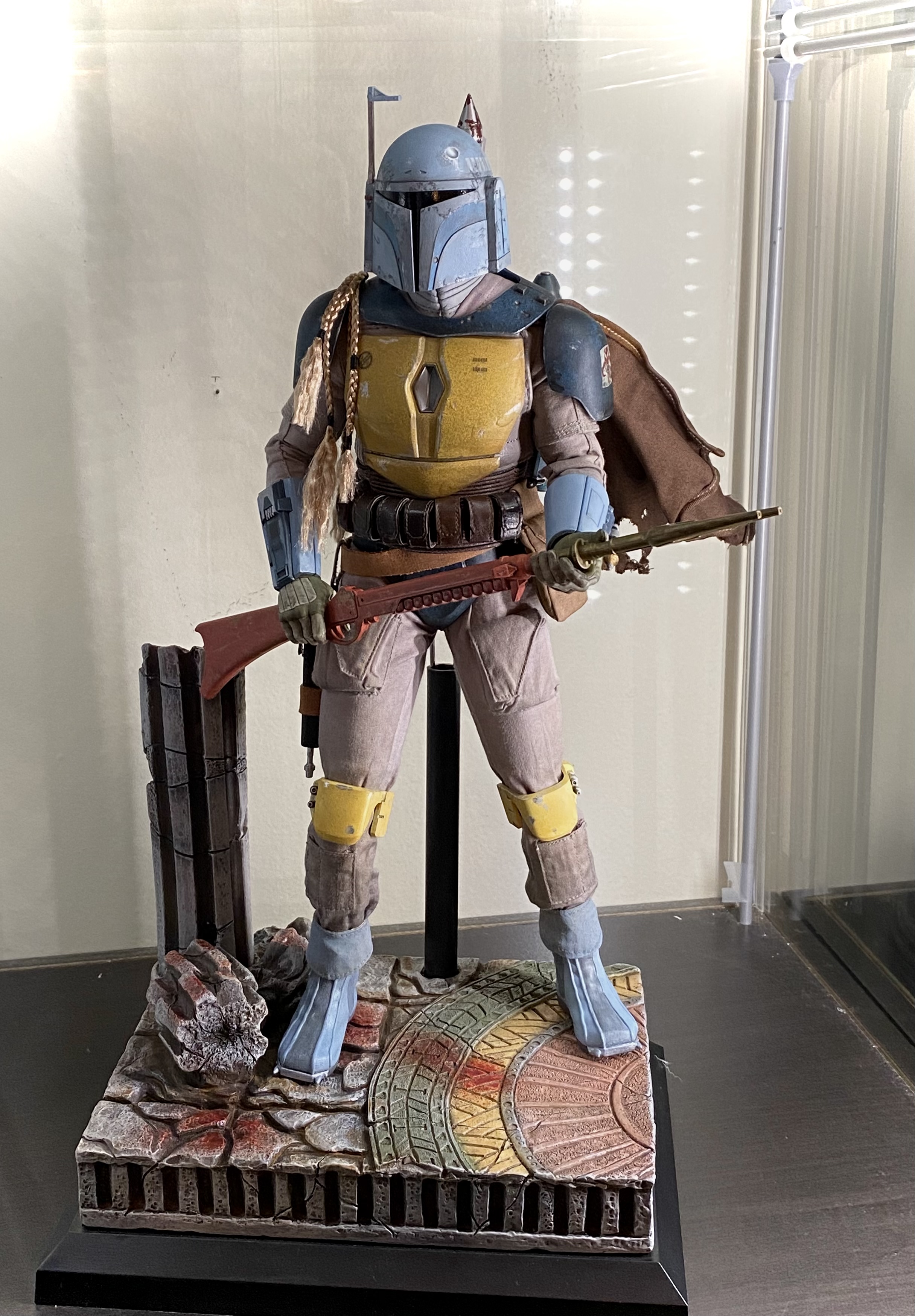 Looks great! The base actually works with this figure too.