Infinite Statue pays homage to Jerry Lewis, the king of American comedy. The extraordinary statue diorama, JERRY LEWIS OLD&RARE 1/6 DELUXE RESIN STATUE in hand-painted resin, is a tribute to one of his most famous characters and takes its place among the comedy “geniuses” of our prestigious line Old & Rare.

Once again we are celebrating a great, unforgettable personality from the world of cinema: Jerry Lewis.

A true American comedy legend, appreciated the world over, Jerry Lewis is considered as the heir to Buster Keaton and Charlie Chaplin for his innovative humour, unique gesture and facial expression, to the point that he was known as “The King of Comedy”.

Jerry Lewis conquered his spectators right from his earliest sketches based on impressions. With his stage performances, and his work in cinema and TV, he became a Hollywood star who, initially as a duo with Dean Martin and later as a solo artist, gave us comic masterpieces based on original, hilarious and timeless gags.

Reconstructing the iconography of a subject such as Professor Julius Kelp required total attention to the most technical and scenic details that make this statuette virtually a complete diorama. The scientific equipment, present in a beautifully untidy array, is part and parcel of the “Lewis style” that hallmarks him so uniquely. The meticulous care dedicated to the clothing and details make this tribute statuette an unmissable cult object. For the first time ever, the King of Comedy has a place of honour in our collection of comic geniuses.
Click to expand... 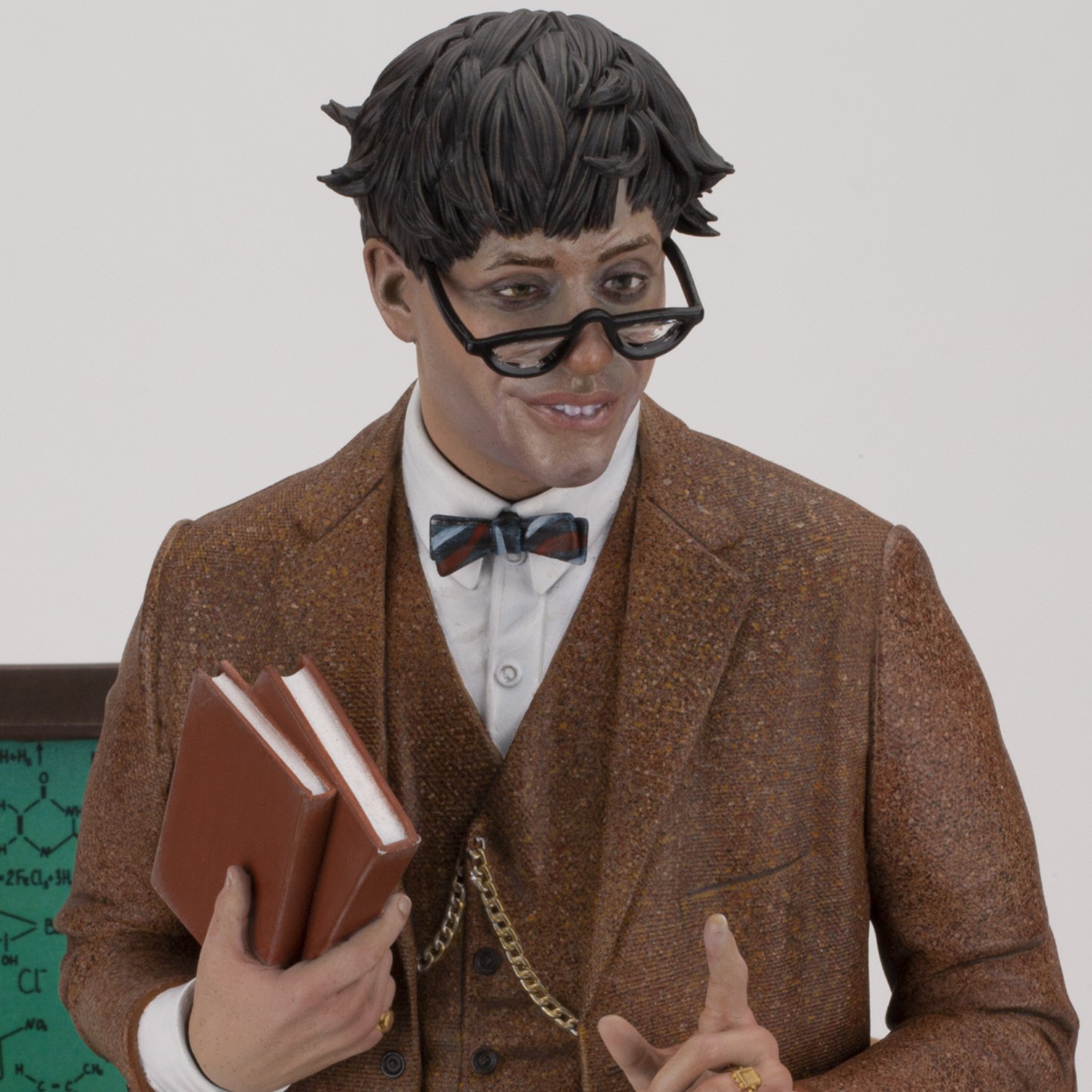 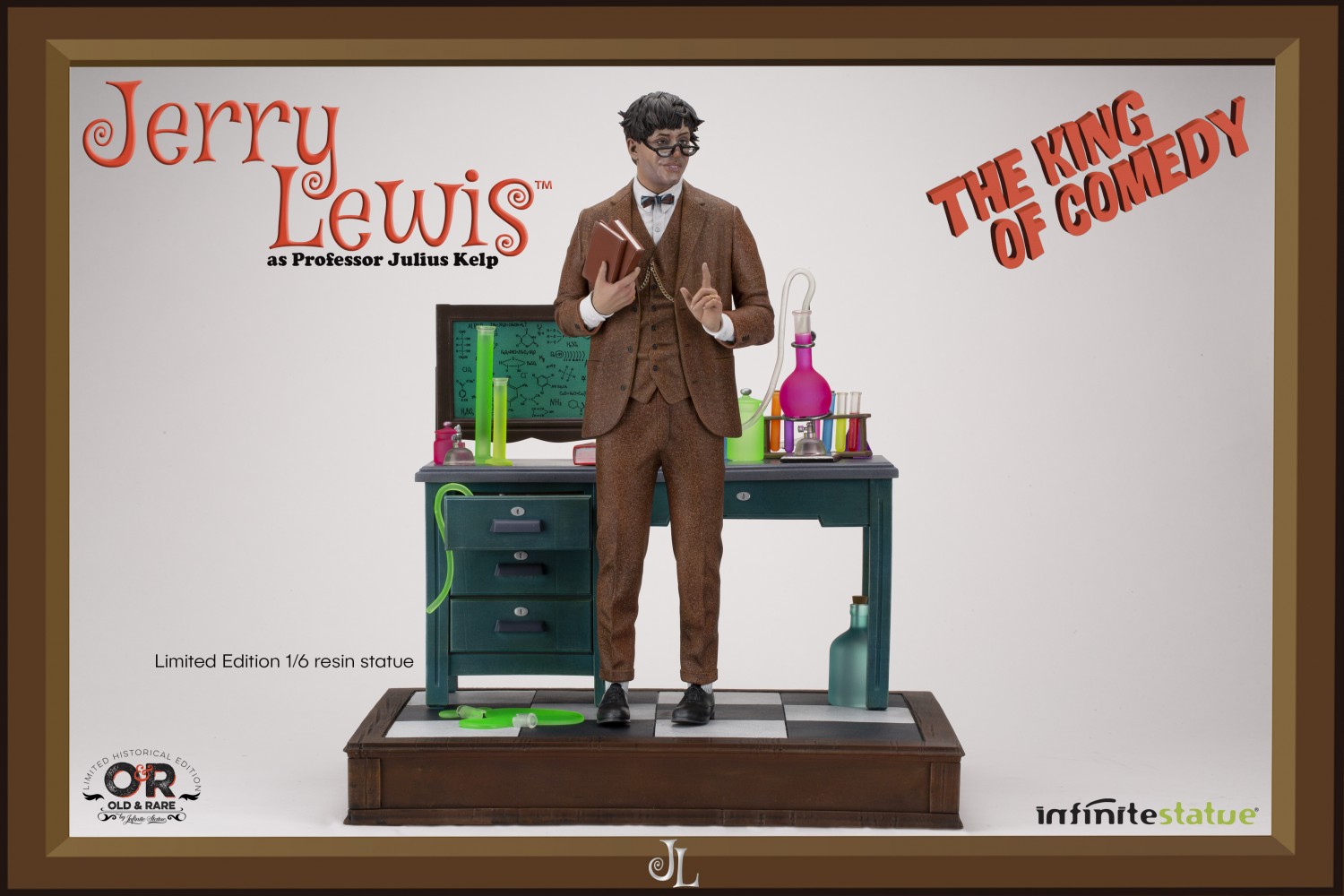 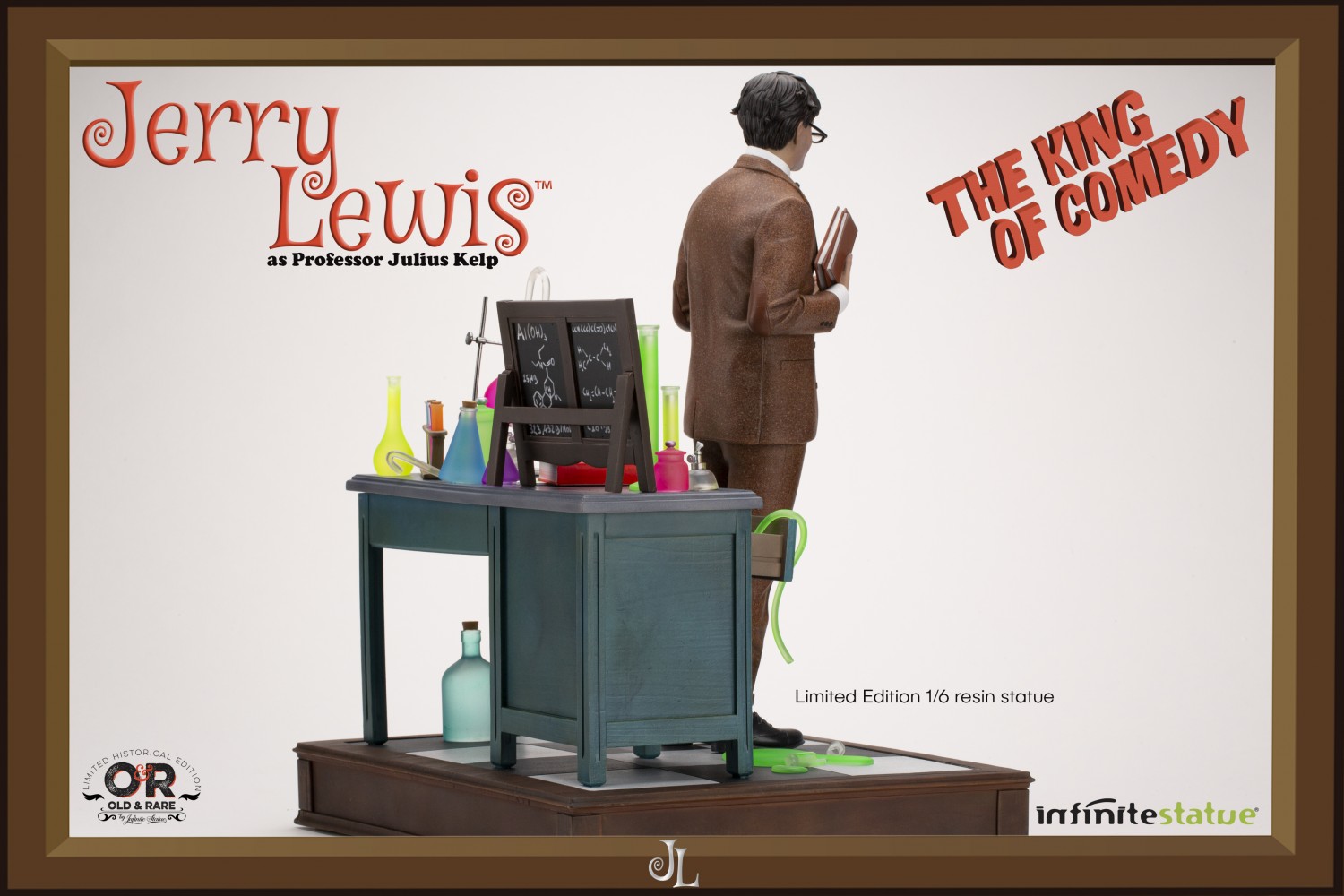 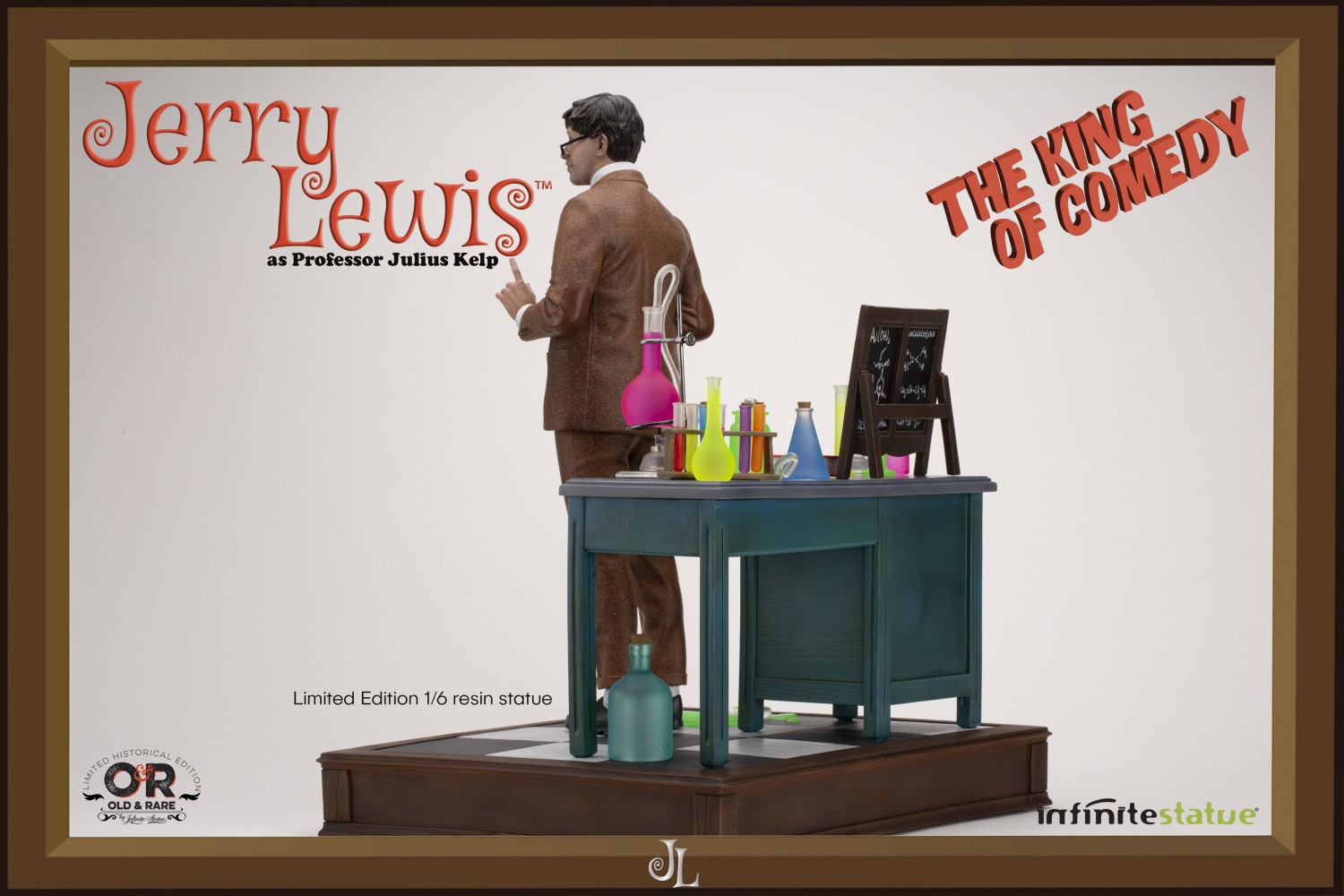 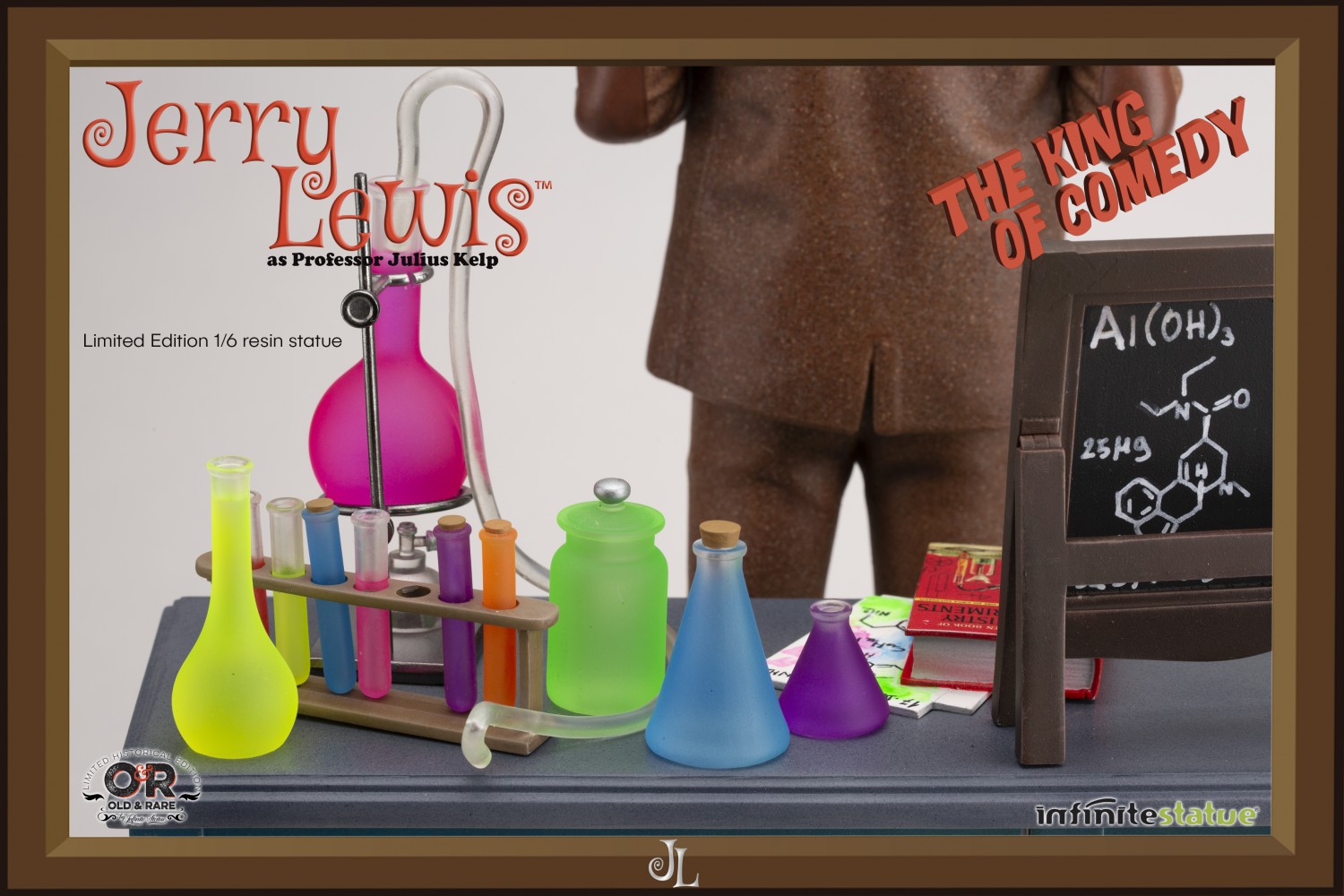 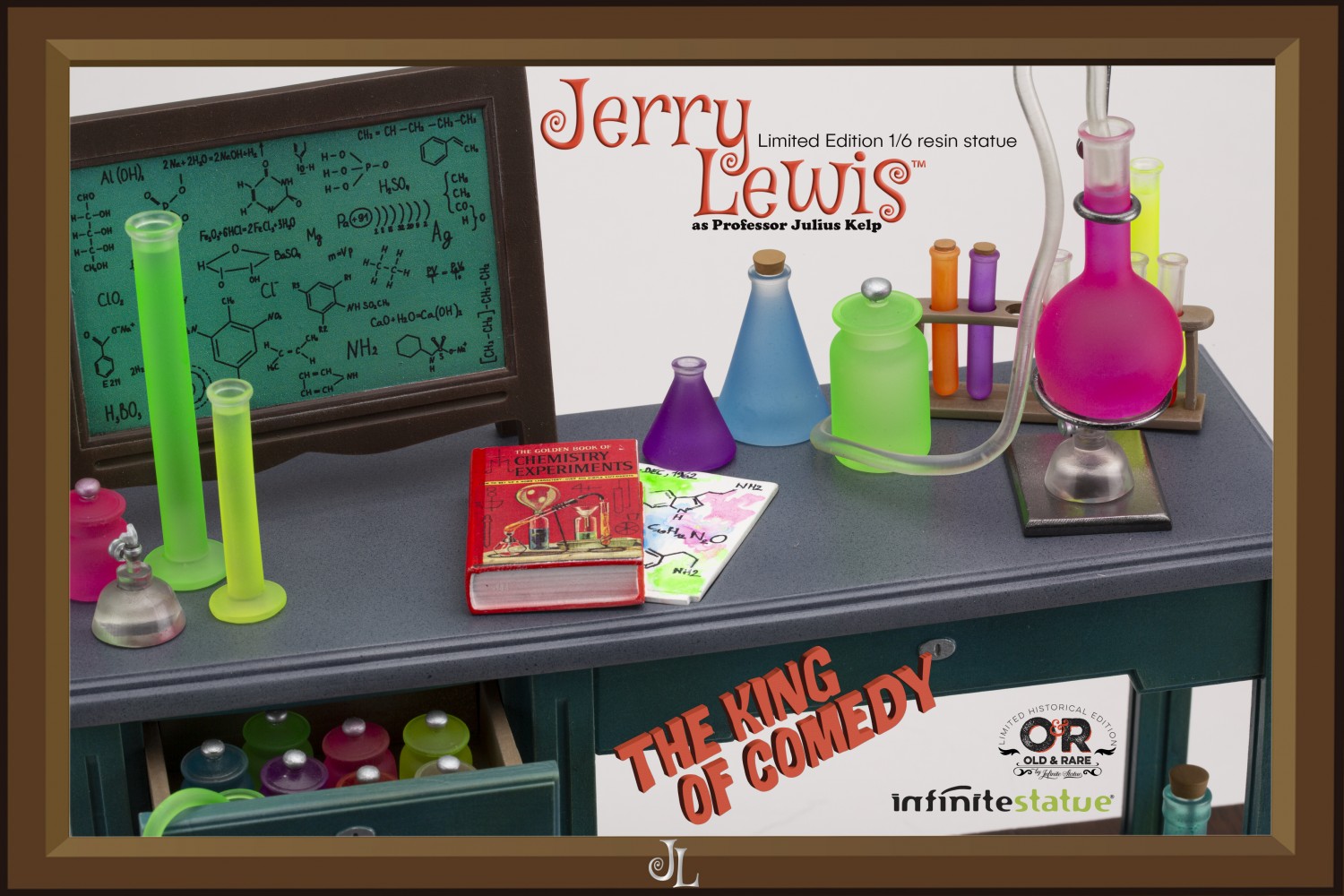 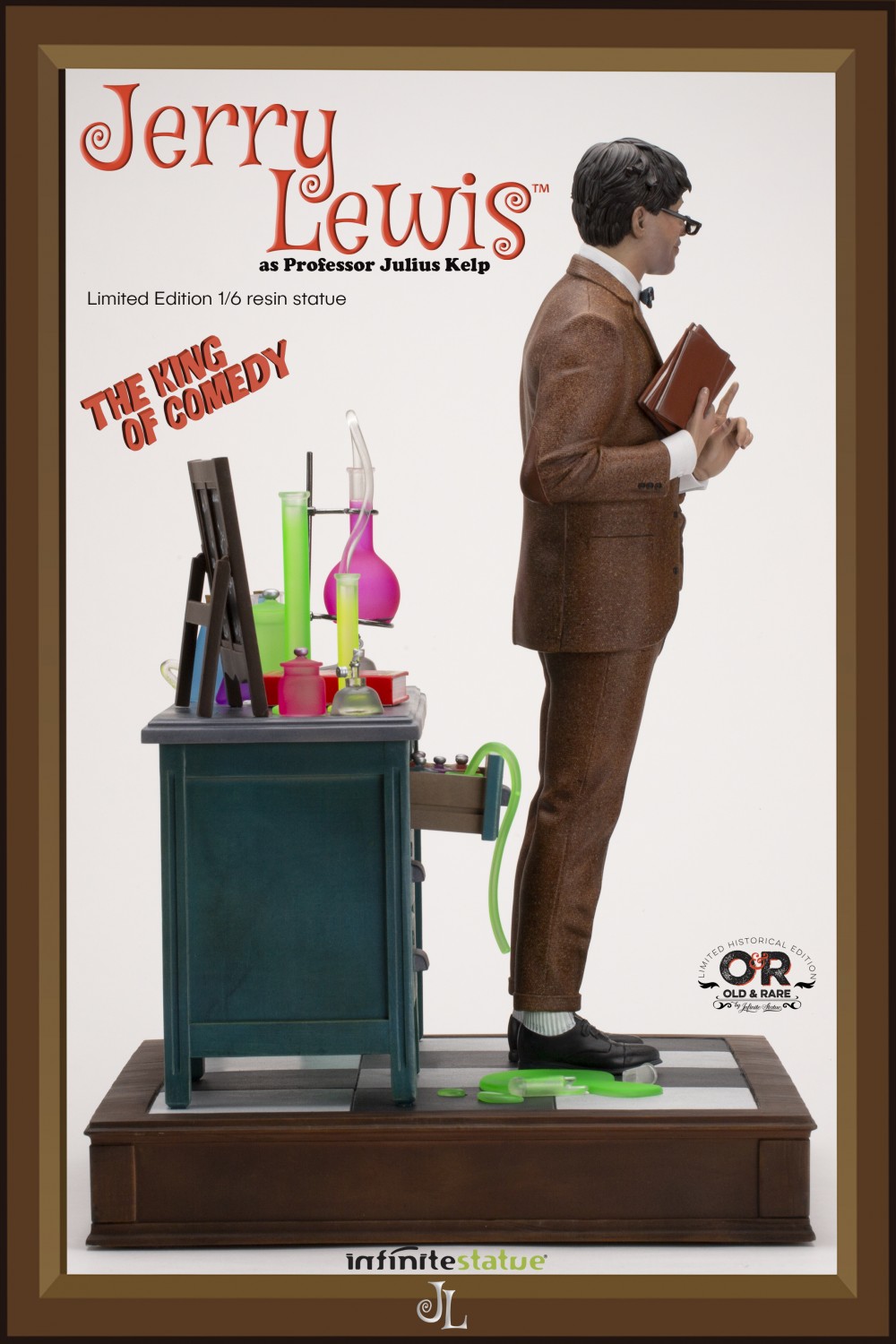 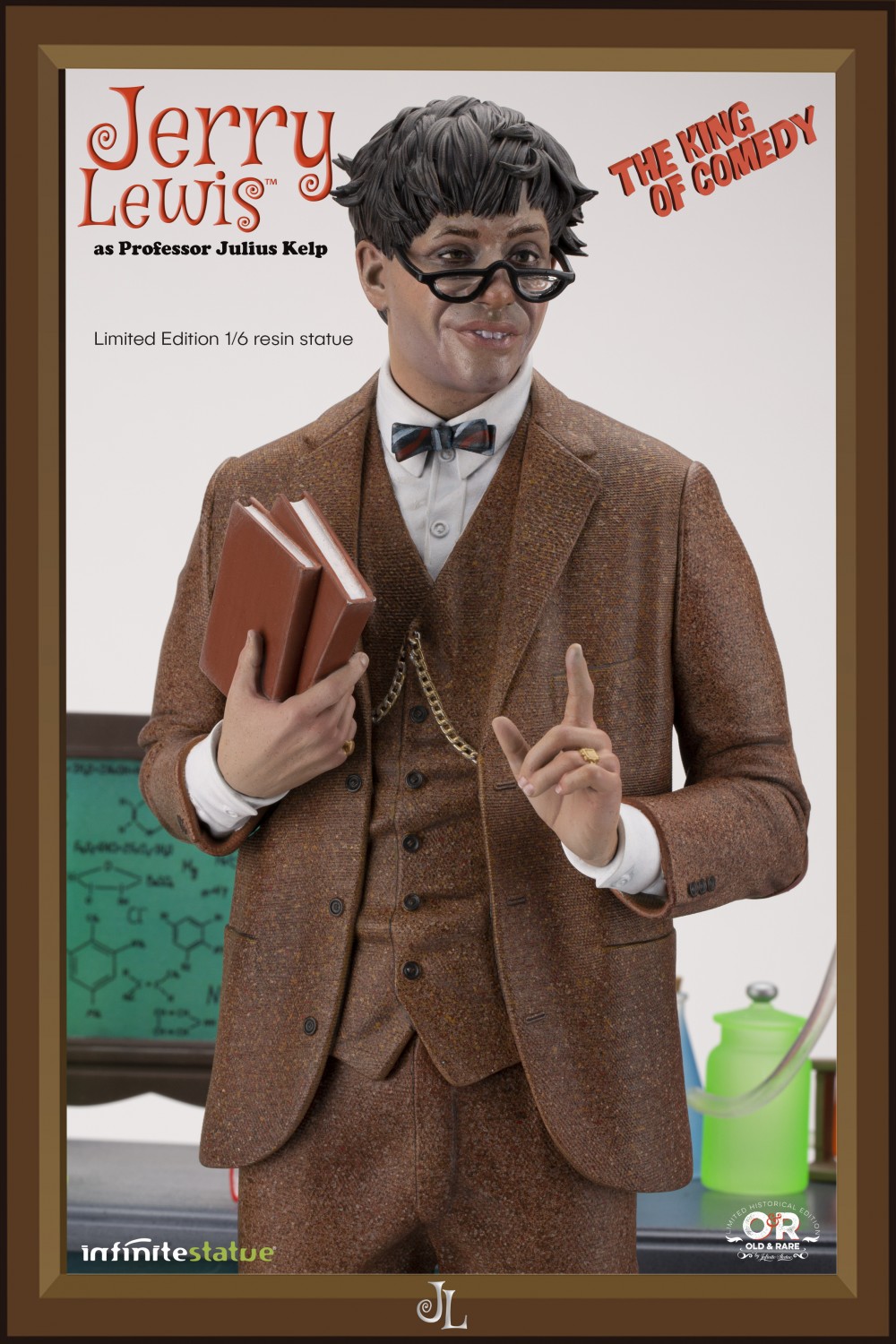 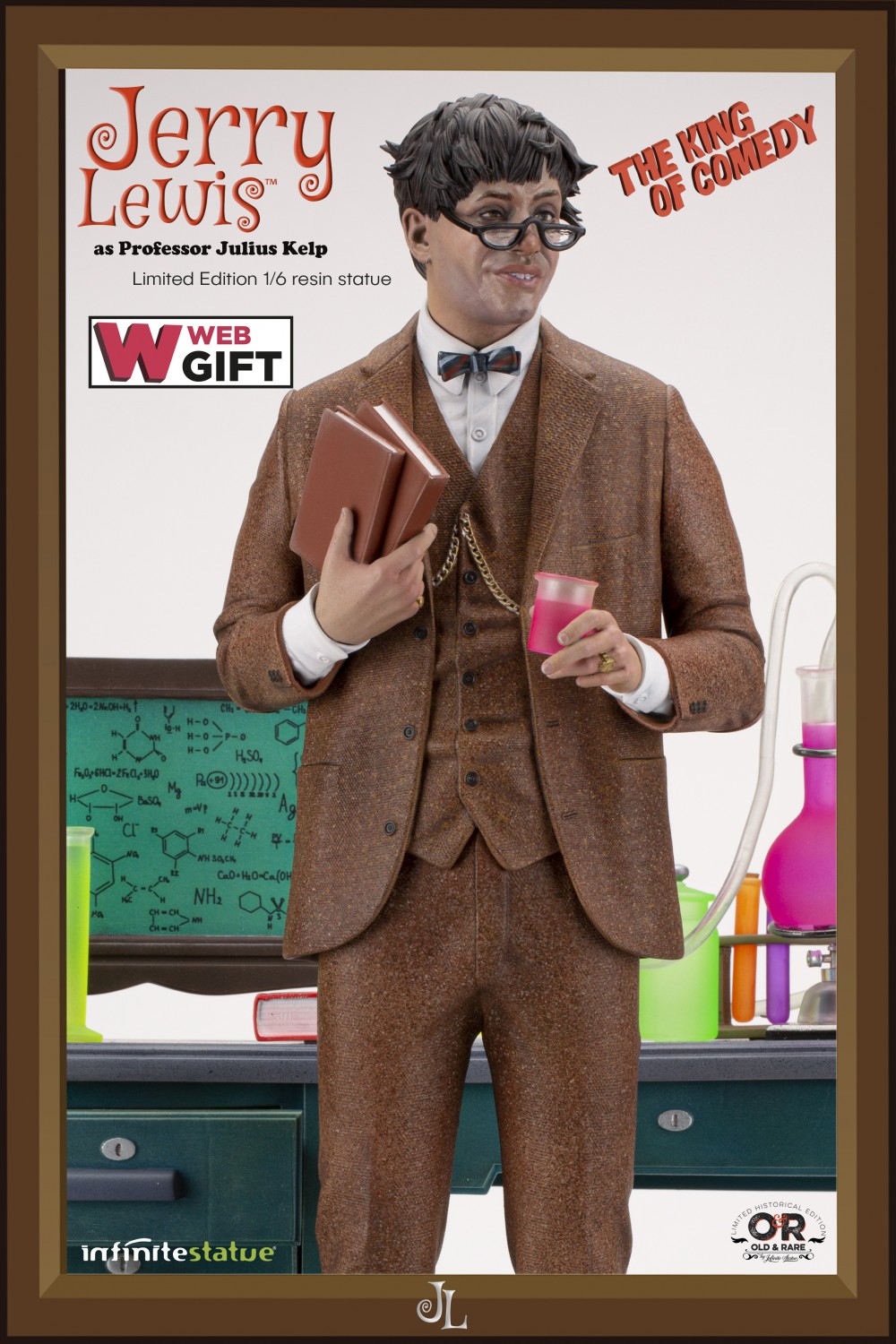 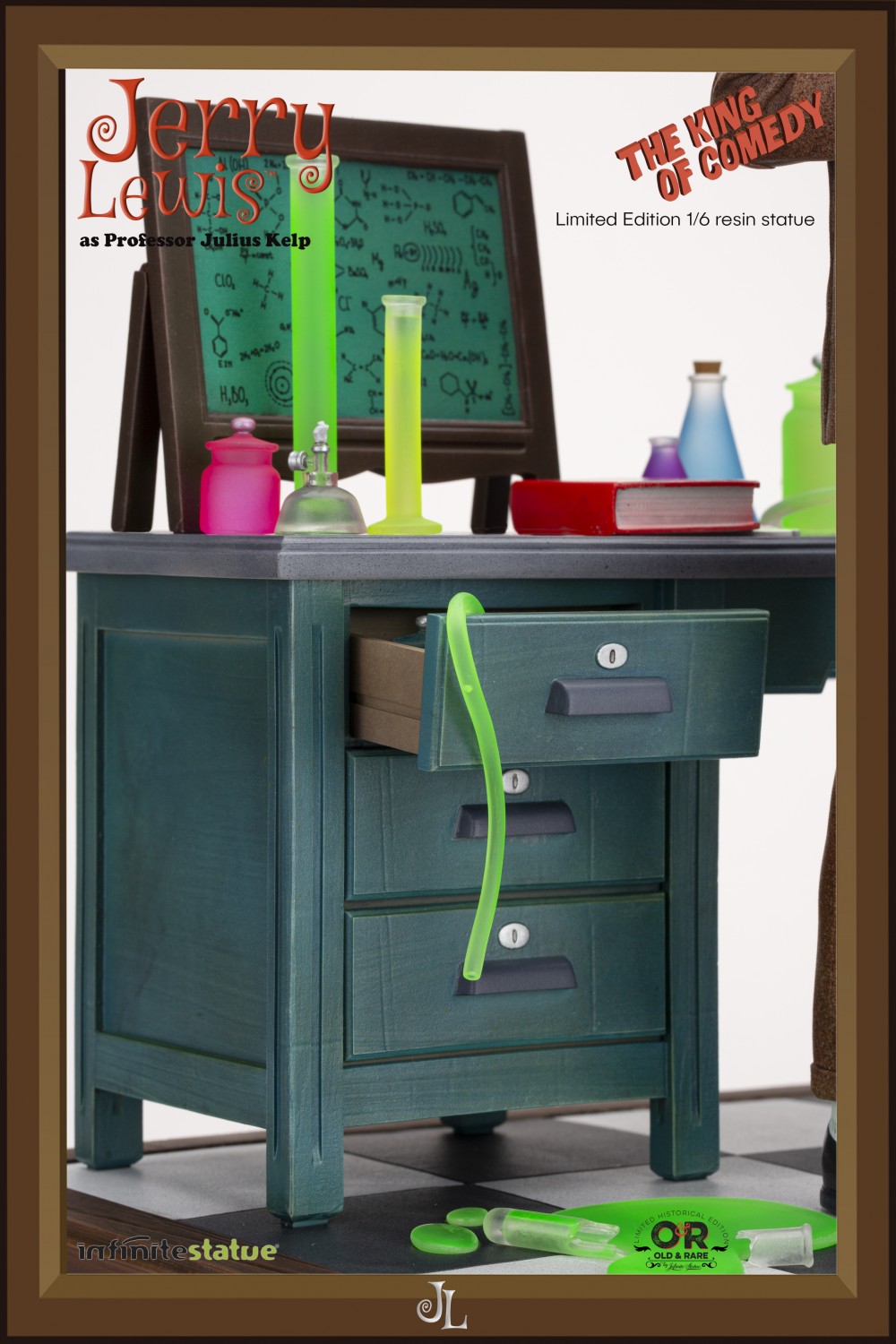 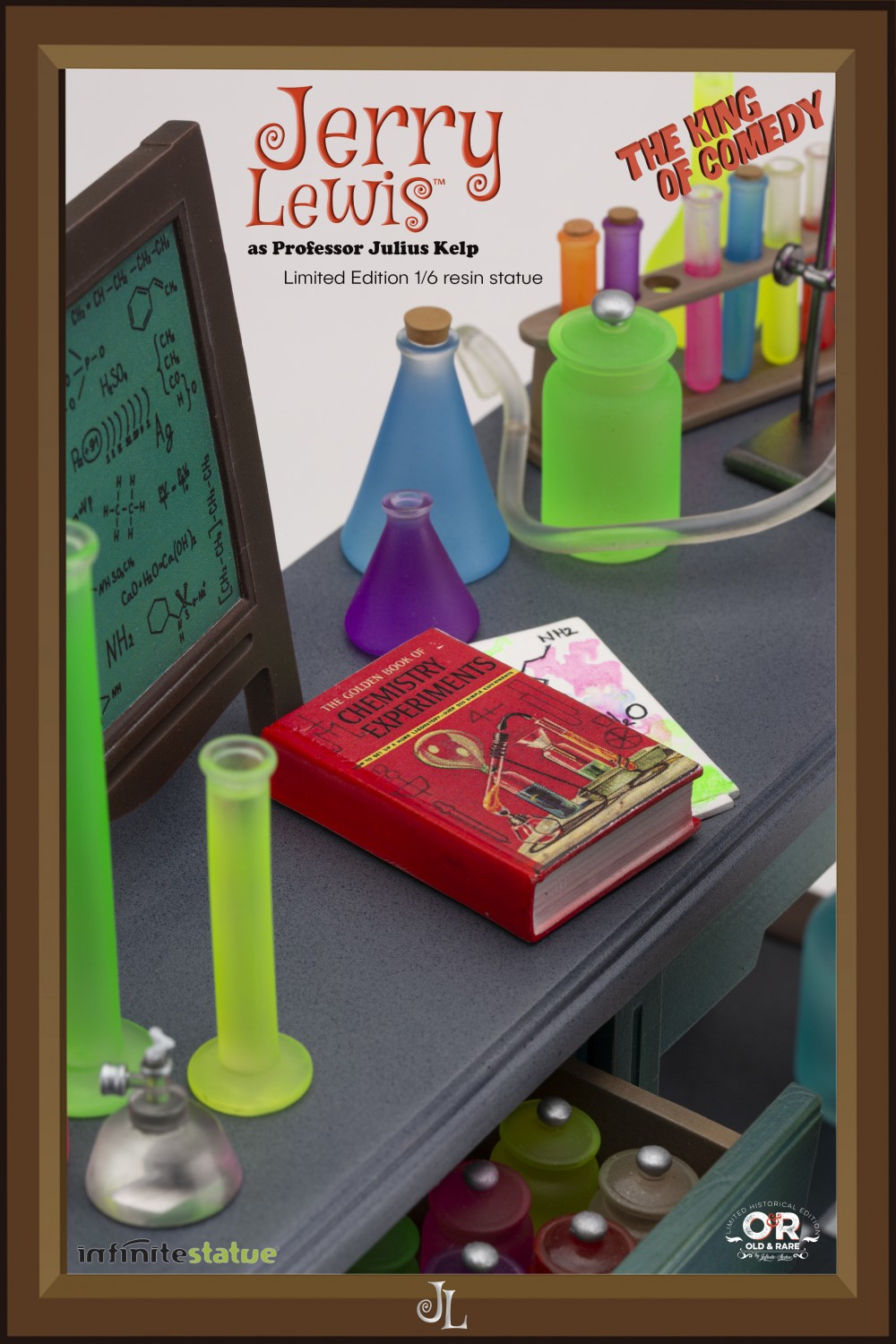 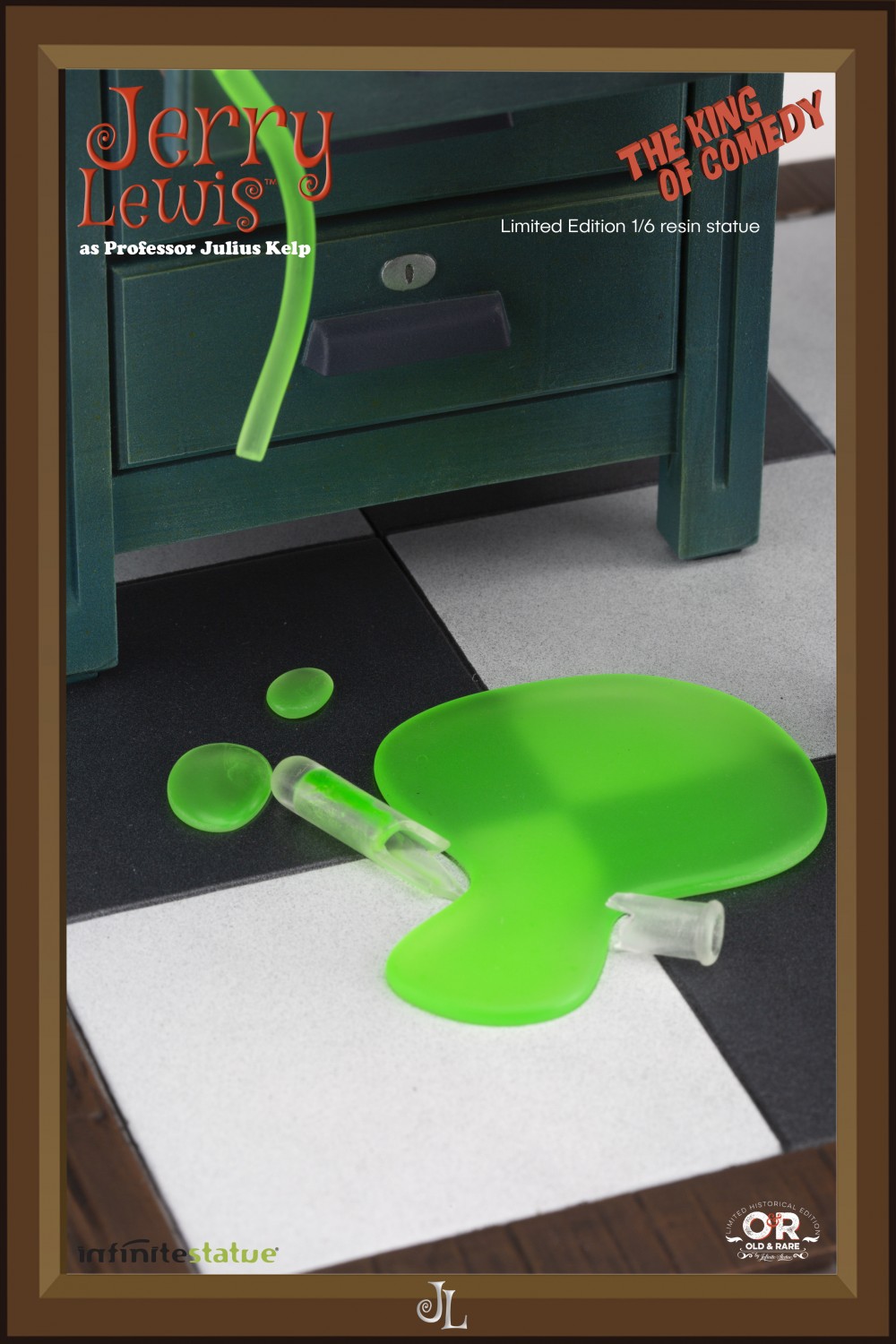 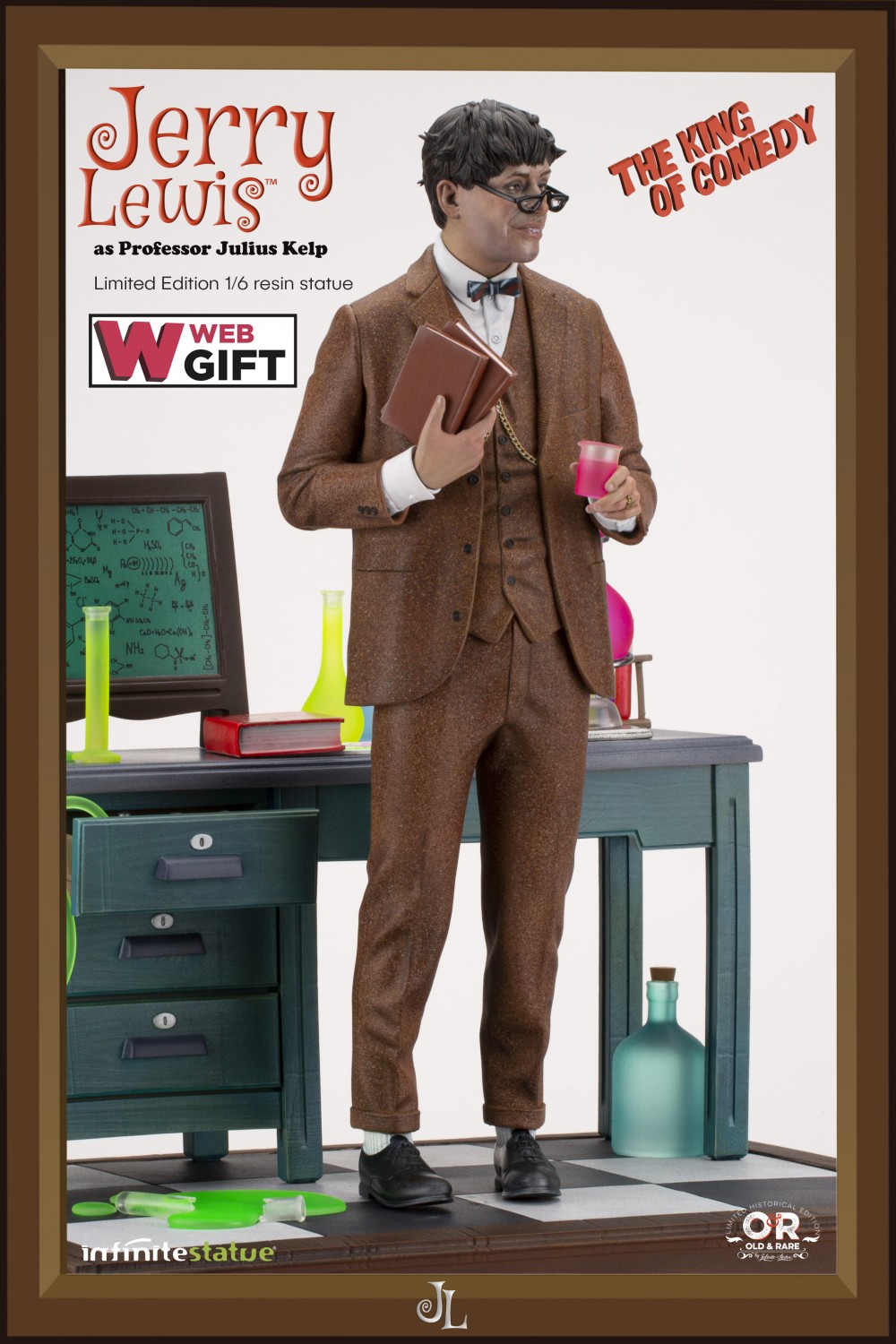 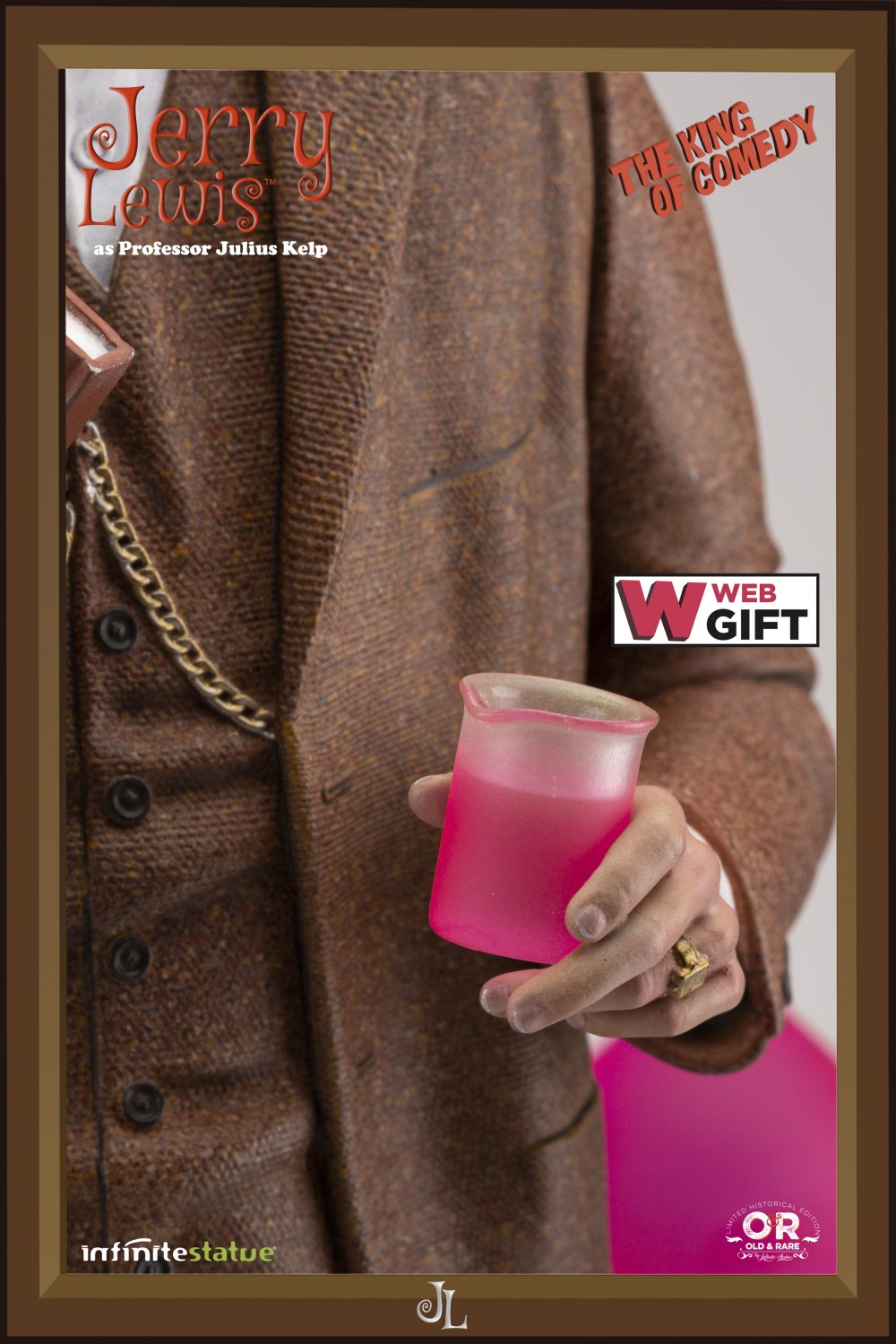 They should make a statue based off Hitchcock

I'm in for this one! 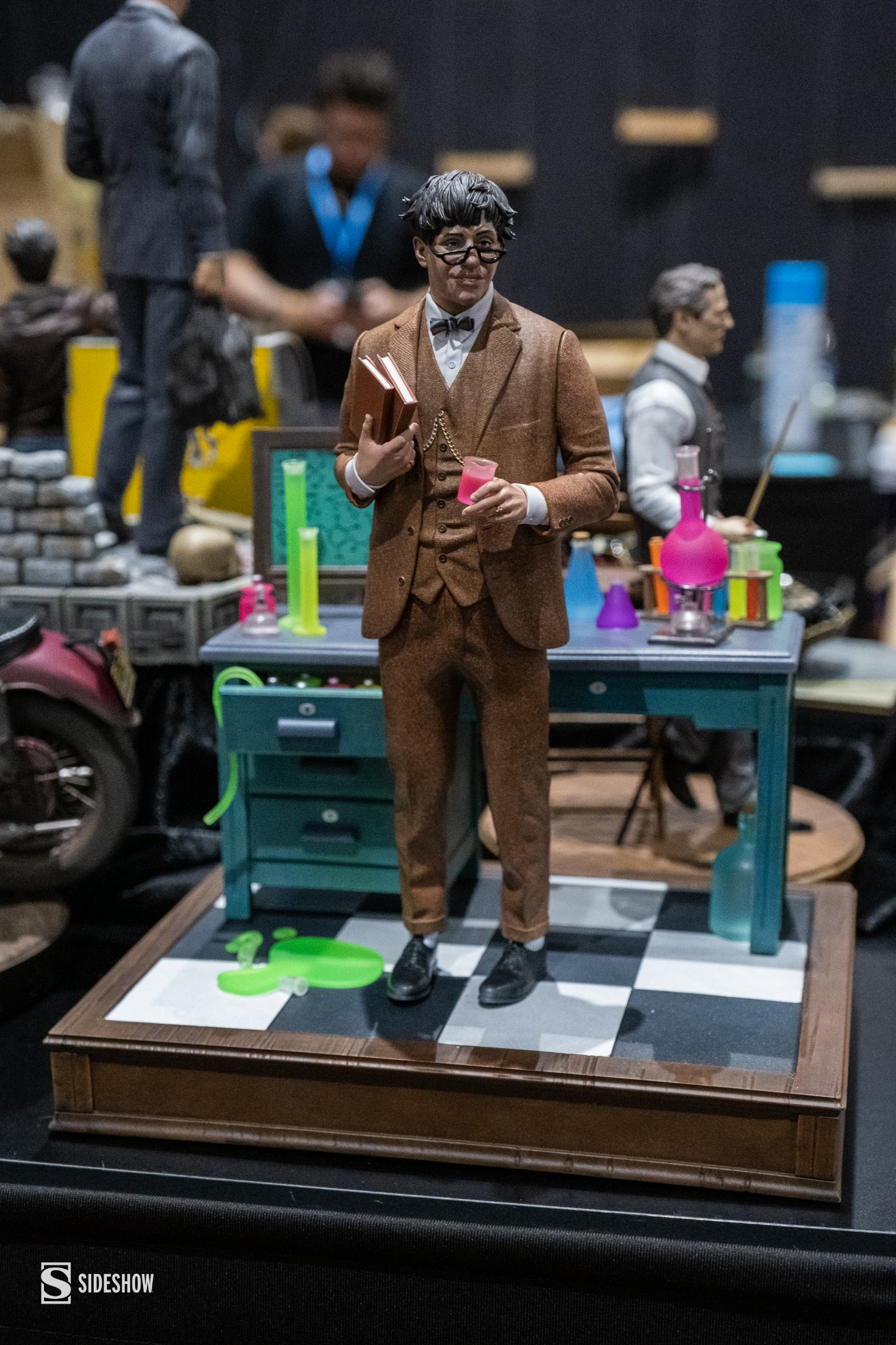 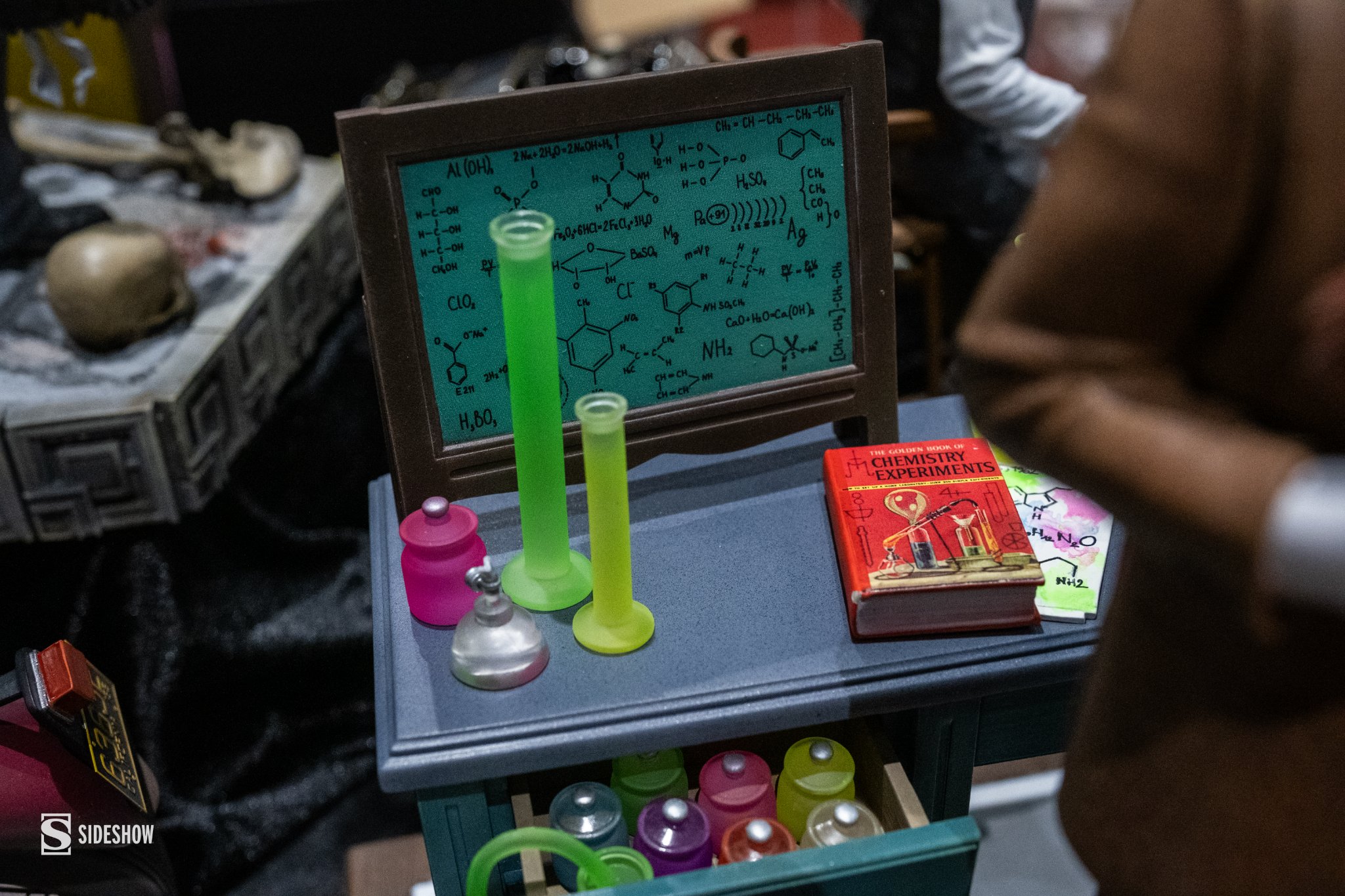