So... was this a bunch of bullshite?

I've seen nothing at all to prove that he actually released at Secret Base, since Friday evening when it was posted.
B

Dino_Ranger_White said:
So... was this a bunch of bullshite?

I've seen nothing at all to prove that he actually released at Secret Base, since Friday evening when it was posted.
Click to expand...

It could be true they did the same with miles.

Ordered this the other day and decided to sell my toys era version.
Z

if it was real I feel it would be up to order on toyswonderland or toysbuyingagent and its on neither.

There was no splashy publicity release for Cyborg Spidey either...so it's entirely possible Cable is actually available but we just don't know about it. 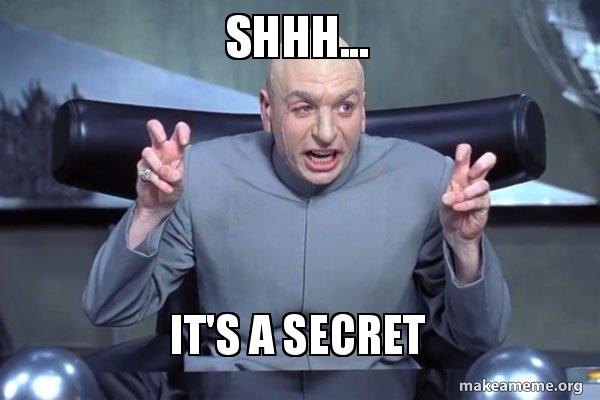 Rumor is that HT is waiting for SS to get their stocks in from the ports so they can release at the same time. Hence the delay.

So is that the policy going forward? Same day releases for HK and the US?

Hot Toys and Sideshow really need to get their **** together and make an announcement
if that is the case.

Soltari007 said:
Rumor is that HT is waiting for SS to get their stocks in from the ports so they can release at the same time. Hence the delay.
Click to expand...

Same day releases? I don't mind figures releasing in HK first and waiting longer. That way we can see exactly what we're paying for. Maybe HT's trying to prevent people from canceling orders when the final product doesn't live up to the prototype. I'm sure they had thousands cancel the mark 85 when it was released in HK first and pictures made their way online.
B

Or it could be Sideshow getting salty as always that people buy from HK because it gets released there first.
M

Well it was Monica Doo who referenced La La Riga something, another FB member, that this would be release next. Didn't say when, just that this was next. I think everyone went with it like it was right then on last Friday. La La sometimes has pics of the pallet of figs or the figure itself before anyone. Don't think he is 100% reliable along with Monica as they mentioned a slew of figures and it didn't play out that way. Don't think Cap or the Tusken was on the list but Flash was.

Any estimate month for cable. I hope it comes in March
P

Boo. Thought this thread got bumped because of a pallet photo.

Yeah, was under the impression this bad boy was supposed to come out back in Jan...
A

If it was seen on a palette, maybe it’s being held up from release because of...licensing, maybe,

I wonder if this even got that many orders or they just made it b/c of the praise the Toys Era version got.

Still nothing on this guy... amazing.
I was sort of expecting a windfall of releases after CNY, but... not so much.