zeelhar said:
What would be the best body to kitbash a Bruce Wayne with the head
Click to expand...

For the Poptoys X33 suit they recommend a Coomodel BD01.

I'm planning to display my Bruce with the Daftoys Alfred so I went with the taller BD02. Has the option to remove the ankle extenders if it's too tall.

Still waiting for the suit to get here from Australia. 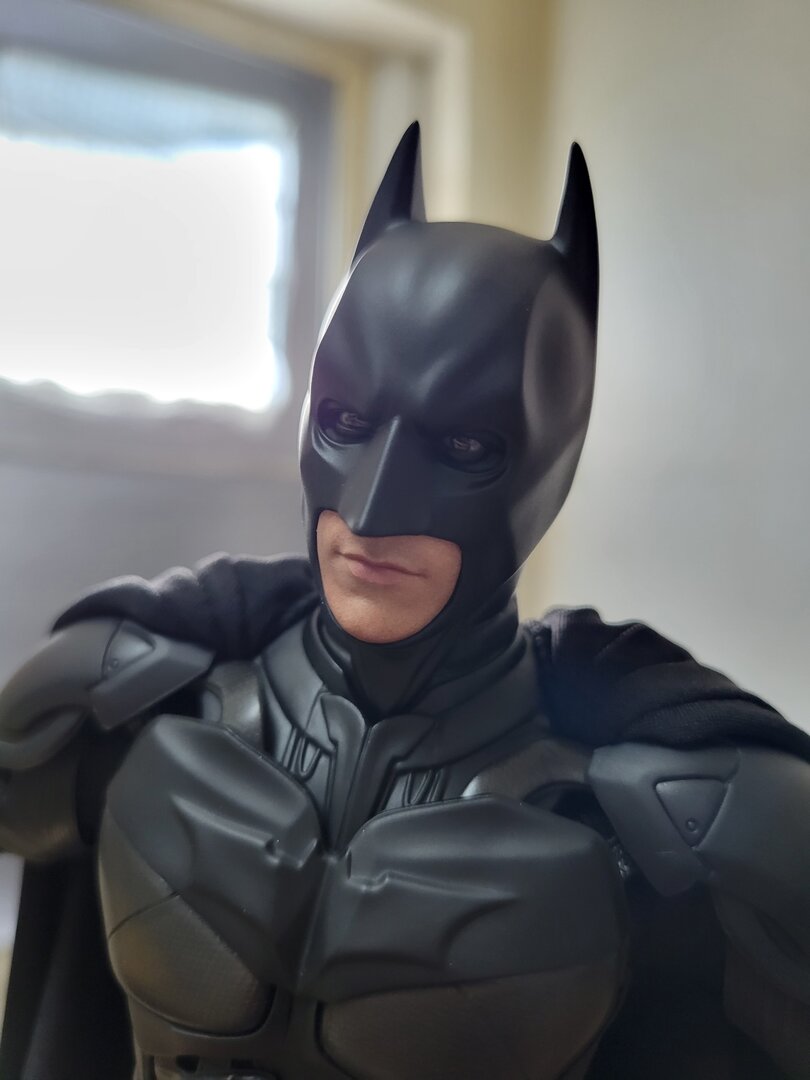 This figure is awesome!

King of the Monsters

Got my processing soon email from BBTS!!!!!

Wow where does the time fly? lol I've gotten mines not too long ago, though I still have yet to crack them open

So many figures, so little time.. Also scored a loose one, albeit incomplete

Centrocal said:
I wouldn't use the crotch grab stand because the two ends can put dimples in the inner thighs and crotch plate over time. I just remove the cradle and keep the stem for support, even tho he's taller than it.

I think the stands they use for diecast figures, which have just a single piece between the legs, are a more suitable alternative.
Click to expand...

Yes! I fully agree!! The pole with the single cradle piece would be a great stand to include as commonplace.

In some pics it looks like the 1/4 version too! No doubt this is a great figure release and an improvement over the previous DX12/Armory. As other mention, I wish the Hong Kong scene backpack is included.

ScoobyDoo said:
Some pictures! I couldn’t get more as it’s hot and humid outside now so I’ll have to wait a while, but at least I got some comparison shots!

In the group shots, the DX19 is in the middle, and the right is the Armory version.

I will note that I removed the “fat suit” from the armory Batman like 5 years ago, so it’s not really a fair comparison in terms of thickness in the suits.

Nice comparisons!!! I think the DX19 scales better with the DX11 in my opinion. The DX12/Armory still holds up, but the new one looks improved proportionally. I don't mind the reused base, but I wish they kept the light up feature and metal nameplate. I really like the new unmasked head sculpt. I do agree with some that it does look a bit younger, such as from Begins. The way I see it the DX12/A reflects an older TDKR Bruce and the new one reflects BB/TDK.
Last edited: Jun 24, 2022

^ Woah, that looks a lot different than Justin's comparison. 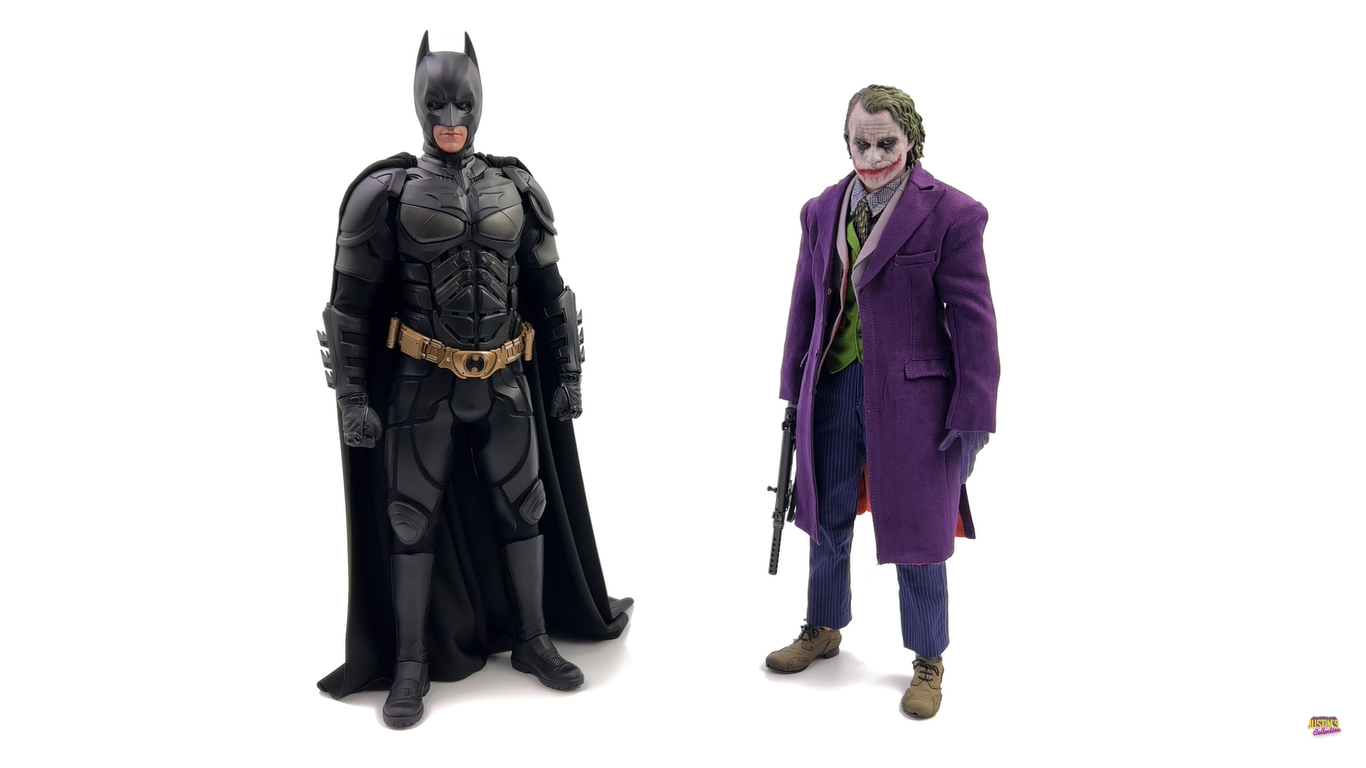 Hmm, perhaps it could be the camera angle/perspective and/or lens distortion?

rory said:
I bought them unpainted. So I had to sand and paint before install. If you're used to modding, it's pretty straightforward. If you're new to modding, maybe it's a bit risky, since you're permanently disassembling the existing shoulder armor. Just takes patience. OT has a walkthrough on his IG pagCan
Click to expand...

rory said:
I bought them unpainted. So I had to sand and paint before install. If you're used to modding, it's pretty straightforward. If you're new to modding, maybe it's a bit risky, since you're permanently disassembling the existing shoulder armor. Just takes patience. OT has a walkthrough on his IG page.
Click to expand...

can i ask what paint you used and did you airbrush them.Looks like it matchs perfectly.nice job.
R

Yeah, you have to use an airbrush to get that finish. I used Vallejo black.
O

midnitedip said:
can i ask what paint you used and did you airbrush them.Looks like it matchs perfectly.nice job.
Click to expand...

I recommend these three below applied in this order too. Two are rattle can but the black will need to be airbrushed.

There may be a rattle can satin black that will work but I’m not familiar with one.

Zurdo95D said:
Hmm, perhaps it could be the camera angle/perspective and/or lens distortion?
Click to expand...

Yeah this one has always been difficult to photograph, well they all are, but especially this suit. In some photo's he looks perfect and in others more thin/lanky. The cowl changes shape with lens distortion (sometimes thin/sometimes thicker) - just all kinds of things really. I have the one I posted that looks great sitting right in front of me but then I take a picture and it looks totally different. It really is a skill (or luck) to portray a accurate representation of these things in hand.

I guess that is why there is so much chaos when early unflattering pictures get released.

With that said, I really wish they would hurry up and announce a new Joker so I can make a decision on this guy as I assume he would be more in scale with the 19.

At least inart joker scheduled to come out Q4 2022

^I am waiting for it with great interest.

Hoping to get OT's new shoulder pads soon very excited to get them in hand and install them on my figure. This figure has to good of a shelf presence only thing sadly is the emp gun's cartridges broke off on mine at least two of them. I glued them back but they kept falling off I'll probably just leave it for now.

My loose one recently arrived (it only came with the unmasked head sculpt, base, grapple gun, and sticky bomb gun, but no bracers); I took a look at the figure over and I'm impressed with it, even with having the QS and Armory. I'll have to compare them closely later on, but this DX19 looks improved upon the previous versions, the suit looks pretty awesome. The BW head looks phenomenal, it looks just like CB in my opinion (reminds me of a younger BB version), and the sculpt/paint is top notch. 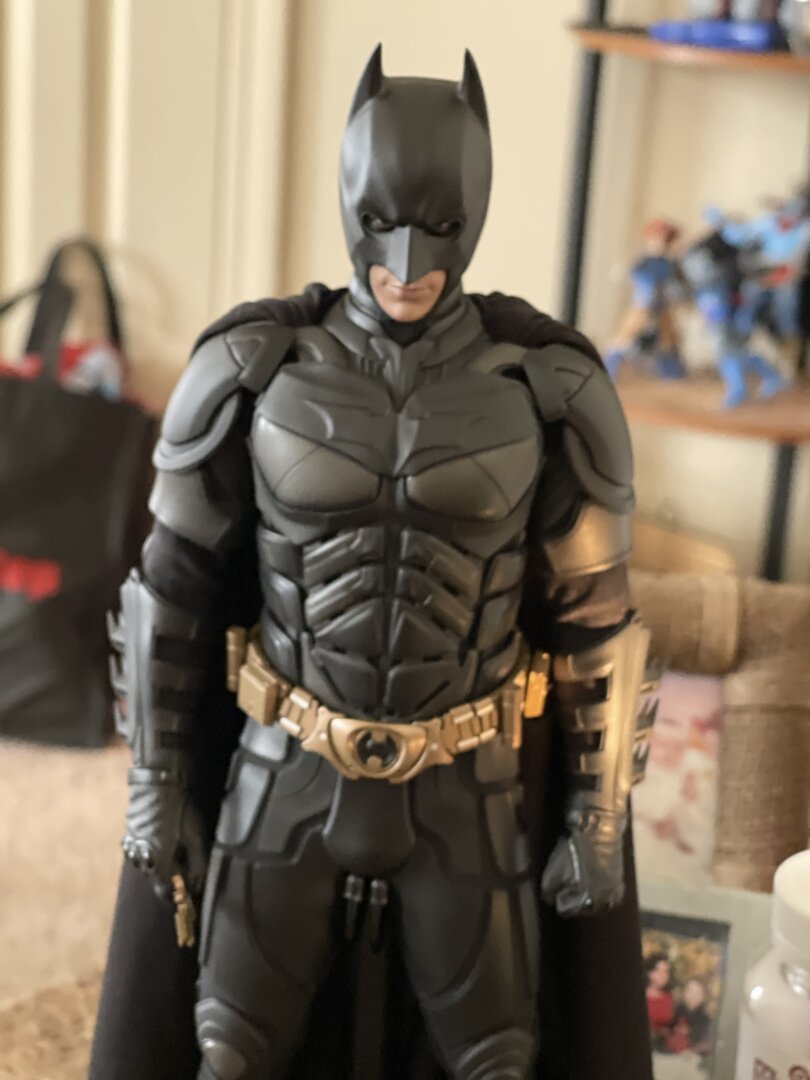 Ordered! Had a10% off coupon from SS and had to use some reward points.

I still can't decide on this one. In some pictures I do think it looks great but in others I feel like the proportions are slightly off, like he could be slimmed down just a little more.